Lynwood High School Class of 2007 graduate Lidia Garcia knew from an early age that she wanted to be an animator. Now a professional storyboard artist on the Hulu animation series “Solar Opposites,” Garcia made a virtual return to the school’s Advanced Placement Art Studio class when she hosted a video conference for current students, using personal animation to share her journey as a first-generation college graduate.

Lynwood High School Class of 2007 graduate Lidia Garcia addressed LHS AP Art Studio students during a video conference in December, sharing her journey as she worked her way from first-generation college goer to a career as a professional storyboard artist. Garcia described the thrill of her college years, meeting fellow animators, honing her craft, receiving her first internship, and getting hired by a major animation studio.

Lynwood Unified Data Analyst Diana Hawkins has always lit up the District with her smile and energy, and on Dec. 15 she introduced it to a nationally televised audience with an unforgettable performance on Wheel of Fortune. Hawkins laughed, shouted, and cheered her way to a winning total of $57,850 and a trip to Puerto Rico while stealing the spotlight and being hailed a “super contestant” by media and social network observers. 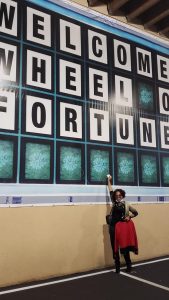 Lynwood Unified families in need are receiving restaurant vouchers worth up to $100 this December after the Lynwood Partners Educational Foundation (LPEF) received an $80,000 grant from the Coronavirus Aid, Relief, and Economic Security Act (CARES) for Food program. The LPEF is partnering with the District at LUSD events to distribute the vouchers, which allow families to purchase meals this holiday season. The effort also supports local Lynwood businesses during challenging times. 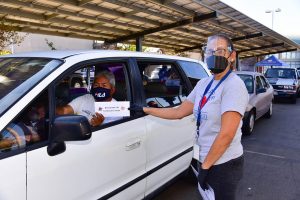 Scores of Lynwood High School seniors are completing college applications with help received during more than a dozen socially distanced workshops provided by Lynwood High School counselors and staff. Workshops were launched in early October and have continued through November, providing students tailored guidance during the application process, including assistance with personal statements, choosing a major and applying for financial aid. There have been 13 workshop sessions, with 15 to 20 students attending each.

An engineering review of Lynwood High School buildings launched after a collapse of exterior soffit ceiling panels in June has yielded preliminary findings that indicate more extensive construction issues may exist at the 22-year-old facility, Lynwood Unified officials announced Monday. The review, which is still in progress, was launched out of an abundance of caution after the unexpected failure of a section of the exterior panels, called soffits, in one of the high school’s buildings during summer break. LUSD’s Board of Education initiated an independent engineering review by Peter Sarkis-Petra Structural Engineers of all campus structures. 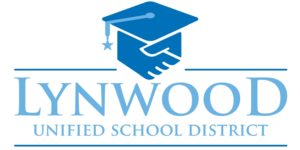 Three-year-old Bruce Naranjo safely exited his vehicle for a temperature check on Oct. 27 before excitedly walking through the Lindbergh Elementary School entrance to begin his Early Childhood Education program. Bruce isn’t old enough to understand the significance of attending school during a pandemic, but as Lynwood Unified has reopened its doors to small groups of high-needs students and families, he shares in the renewed optimism felt in the community. 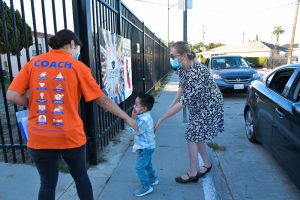 Lynwood Unified has launched an Independent Study Virtual Academy to provide an alternative instructional program for families who need unique support during distance learning and beyond. Remote instruction has challenged each family differently, and the District’s Virtual Academy will allow students to study at their own pace while still receiving the full curriculum of their peers. Available to K-8 students, the academy will remain open as an option once the District returns to onsite learning. 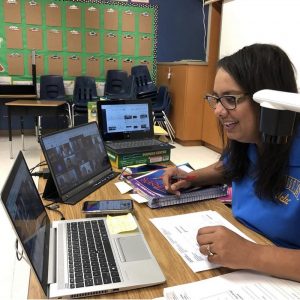 Martina Rodriguez used to cringe at the thought of schools reopening. She has a daughter currently receiving distance learning in the District, and the idea of them returning to the classroom brought about more anxious questions than answers. The road to return has now become more clear for Rodriguez, who is a member of the District’s COVID-19 Parent Task Force which helps identify potential issues and concerns that come with reopening. The group of parents joins District staff and community partners in visiting school sites twice per month to ensure safety protocols are being followed that will safeguard the health and well-being of the District. 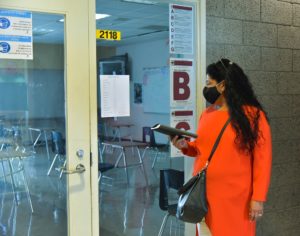 Lynwood High School student-athlete Rayah Marshall is used to garnering national attention and drawing crowds, but even she was a bit surprised by the swarm of people that showed up to her Labor Day weekend celebration. Marshall had decided to reveal her much anticipated college destination amongst a small group during a cookout, but it quickly turned into a blowout. 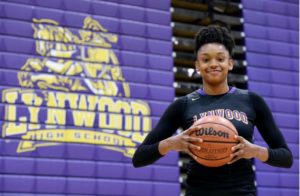