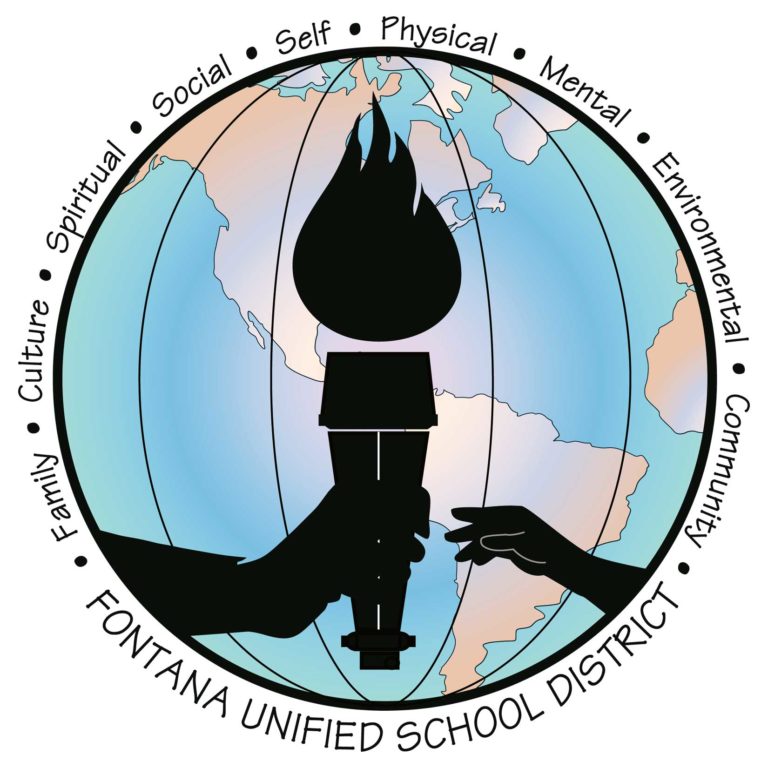 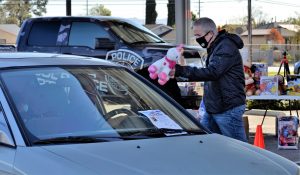 Fontana Middle School math teacher Yesenia Escobar was recently named a UC Davis Center for Integrated Computing and STEM Education (C-STEM) 2020 Teacher of the Year, joining Fontana Unified Coordinator of Secondary Mathematics Kristen Sandler, who was named a UC Davis C-STEM 2020 Administrator of the Year. The awards recognize contributions by educators, schools and districts for providing excellent integrated computing and STEM education for K-12 students throughout the year and inspiring students to pursue careers and post-secondary study in C-STEM fields. Sandler and Escobar received their awards during the 10th annual UC Davis/C-STEM Conference, held Dec. 7-10, where they also served as a moderator and panelist, respectively. 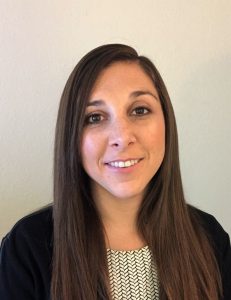 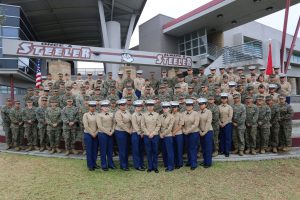 Teacher recipient for bringing joy to the hearts of her graduating seniors, just one of 20 teachers nationwide to receive the award. Rojas, who hand-delivered chocolate treats and gift bags to her students after school closures disrupted their traditional prom and graduation activities, accepted her award via Zoom conference on Nov. 20, receiving a $5,000 stipend to spend on school supplies. 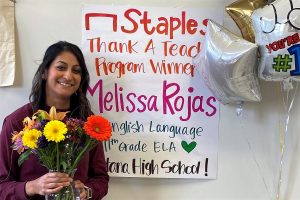 Two high-achieving Summit High School seniors are one step closer to earning a full-ride scholarship to an elite college or university after being named QuestBridge National College Match Scholarship finalists. Gabriel Rodriguez Cortez and Joleen Wardeh are among nearly 7,000 students across the United States chosen as finalists, including nine additional Fontana Unified seniors. Finalists are considered for early admission and full scholarships from QuestBridge college partners. 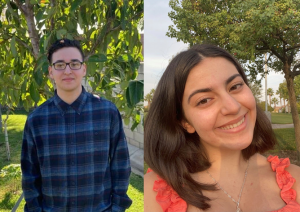 Jurupa Hills High School was celebrated as a statewide winner during the second annual California College Affordability Summit on Nov. 17, recognizing its college-going culture and student support resources. For the second year in a row, Jurupa Hills High School was feted as one of the top 24 schools with the highest financial aid application completion rates in the state. The virtual summit brought together hundreds of educators, city and state officials, and legislators from across the country to highlight the importance of financial aid and its ability to increase college access, enrollment and persistence.

Cheered on by her parents and four older siblings dressed in green and white, Fontana High School senior Victoria Vasquez signed her letter of intent to continue her softball career and education at Utah Valley University. Vasquez has played several sports as a Fontana High School Steeler – including basketball, soccer and volleyball – but softball has been her first love since she picked up a glove at age 7. Her dedication to the sport has culminated in an athletic scholarship that will fund her pursuit of a bachelor’s degree in criminal justice. P 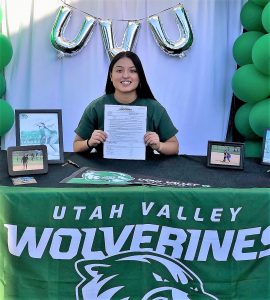