Pioneer High School students cheered loudly during a recent math competition that pitted Pioneer calculus students against Whittier College math majors, a contest that saw the high school math whizzes triumph over their collegiate peers. The academic competition, dubbed the Derivative Bee, is now in its second year and was created by Dallas DeHart, a Whittier College senior and 2016 Pioneer High graduate. DeHart – who is the daughter of Pioneer math teacher and Whittier Union 2019-20 Teacher of the Year Carolina DeHart – is also president of the college’s math club. 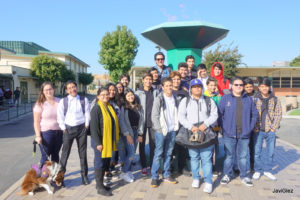 Eight Whittier Union students have been selected to join the Pasadena City College Honor Band and perform in the 131st Tournament of Roses Parade on New Year’s Day 2020. Marching in every Rose Parade since 1930, the band consists of PCC Lancer Marching Band members and exceptional high school musicians auditioned from throughout Southern California. Over 600 high school students audition each year for the 200-plus spots in the band, pageantry and Herald Trumpets. 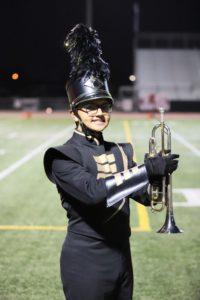 Whittier Union High School District’s comprehensive high school marching bands – composed of over 400 students – will perform as one for the first time ever during the 66th annual Uptown Whittier Christmas Parade, taking place from 10 a.m. to noon Saturday, Dec. 14. The parade, which attracts over 15,000 visitors from Whittier and surrounding communities, will start at Hadley Street and Greenleaf Avenue and end at the Whittier Community Center. 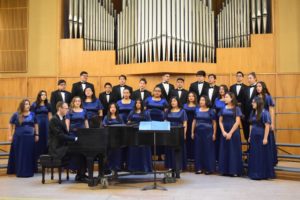 By the time California High senior Denisse Palominos arrives to campus for zero period at 7:20 a.m., she has already prepared her three younger siblings for school while her mother departs for work in Downtown Los Angeles at 6 a.m. For Palominos – who maintains a 4.1 GPA and is captain the Cal High volleyball team – taking responsibility for the care of others while balancing a full schedule of classes and extracurricular activities comes naturally, earning her respect from classmates, teachers and administrators alike for her cheerful demeanor and leadership skills. 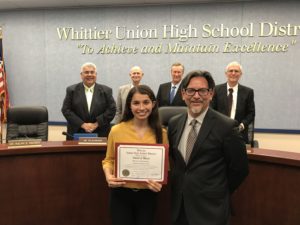 By the time California High School senior Denisse Palominos arrives at campus for zero period at 7:20 a.m., she has already prepared her three younger siblings for school. For Palominos – who maintains a 4.1 GPA and is captain the Cal High volleyball team – taking responsibility for others while balancing a full schedule of classes and extracurricular activities comes naturally, earning her respect from classmates, teachers and administrators alike. She was recognized with an Award of Merit by the Whittier Union Board of Trustees on Nov. 12.

The Credit Union of Southern California, a longtime supporter of La Serna High School’s life-changing intervention program, OASIS, has launched a $50,000 endowment to ensure students in the program find enduring success after graduation. CEO Dave Gunderson and Executive Vice President Eric Day have provided thousands of dollars in scholarships over the years to students in La Serna’s Organized Academic Support in School (OASIS) program, which motivates students who are underperforming to earn higher GPAs and graduate high school. They will regularly contribute to the endowment, with the funds going toward scholarships as well as tools to ensure OASIS students have the support necessary for successful futures.

California High School freshman and girls golf team member Sophia Martinez was honored by the Women’s Sports Foundation for her essay, “What Inspires Me to Keep Playing,” during the foundation’s 40th Annual Salute to Women in Sports gala, held Oct. 16 in New York City. Martinez, a member of the Southern California Golf Association junior program, was one of three winners of the WSF national essay contest, allowing her the chance to meet some of America’s elite female athletes, including Women’s World Cup star Megan Rapinoe and WSF founder and tennis star Billie Jean King. 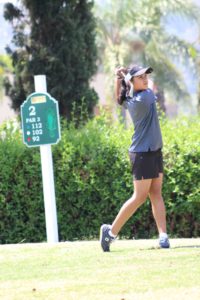 Close to 300 La Serna High School students were given the freedom to make their own financial decisions – and learn the unpleasant consequences of spending beyond their means – during Bite of Reality, an interactive simulation that tests students on real-world financial challenges. Sponsored by the Credit Union of Southern California, the financial literacy event, held Nov. 14, assigned students in the school’s Guided Studies, OASIS, HAVEN and Read 180 academic intervention programs, their mentors and consumer math students a fictional occupation, salary, spouse and family, student loan debt, credit card debt and medical insurance payments. 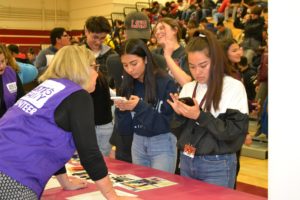