Whittier Union High School District has received the green light by the Los Angeles County Department of Public Health to begin its phased approach in bringing students back for in-person instruction. The District will launch its Hybrid Instructional Schedule on Tuesday, April 6, bringing students back in cohorts, one day a week. Distance learning remains an option for students and families. Each high school will hold a townhall for families, detailing the hybrid model and how it will be implemented, as well as provide instructional videos showing students what to expect on their return to campus. Media 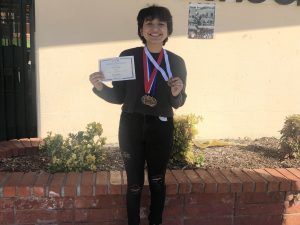 Whittier Union alternative schools – including Sierra Vista High School, Frontier High School and the WUHSD Transition Program – celebrated its top students for their high academic achievements during a virtual awards ceremony on Feb. 25. More than 120 students were recognized in the categories “Student of the Term,” recommended by teachers, and “Top Producers,” given to students who exceeded the minimum number of credits during the second quarter.

La Serna High School held its 15th annual Be Your Best awards ceremony on Feb. 19 with a drive-thru celebration that honored more than 100 students for their excellence during remote learning. Traditionally celebrated through grade level assemblies, this year’s ceremony allowed students the opportunity to see one another from a distance as they received a Be Your Best certificate and T-shirt. P

Pioneer High School 2020-21 Stand Out seniors Michael and Sofia Lagos are two of the driving forces behind the school’s weekly Titan News Flash video report, bringing a sense of normalcy and relevance to distance learning-weary classmates. The fraternal twins are also academic standouts with matching 4.53 GPAs, having completed 13 AP courses apiece. For their academic achievements and communication skills, Michael and Sofia were recognized by the Whittier Union Board of Trustees for their academics and communication skills during a Feb. 9 board meeting. 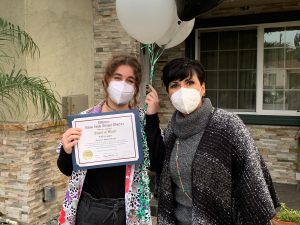 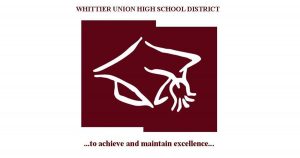 Pioneer High School has launched an E-Sports team that will meet virtually as it prepares for competitions organized by Play Versus, Inc., a national platform for high school, youth and college E-Sports leagues. Students will compete with schools from across the country in games such as FIFA, Madden, League of Legends, Smite, Smash Ultimate and Rocket League. Initially participating from home, Pioneer hopes to provide an E-Sports room for students when health guidelines allow.

Santa Fe High School senior Lyn Guinto has received a QuestBridge National Match Scholarship to Grinnell College in Iowa. Guinto is one of nearly 1,500 students across the United States to receive the full-ride four-year scholarship, which connects underrepresented students to the nation’s top universities. Though currently undecided on a major, Guinto has expressed a strong interest in social science.

Inspired by the Descanso Garden “Wish Tree,” La Serna High School recently debuted its 2021 Lancer Wish Wall. Created by La Serna teachers Katie George and Jenna George, the Wish Wall, located at the front of the La Serna campus, allows students, faculty and staff to leave messages of encouragement as a symbol of hope for the La Serna and Whittier communities. Photos are available.