Buena Park School District students are mastering public speaking, expanding their acting skills and learning how to improvise as part of the District’s speech and debate summer program. The summer program is a two-week course that will prepare 51 students – from grades four to eight – for success in the District’s main speech and debate program, as well as tournaments. While in the course, students are either placed in a writing workshop or learn to deliver specific speech topics, which include informative, original orator, declamation, interpretation and impromptu. 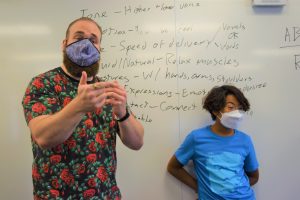 Beatty and Buena Park middle school students beamed with positivity and filled an entire stadium with their cheers during their promotion celebrations on May 26, which marked years of academic success and the end of their educational journeys at Buena Park School District. The ceremonies, held at Buena Park High School, allowed families to cheer on students while safely maintaining social distancing and following health guidelines. The event included messages of encouragement from District administrators and teachers from both middle schools. This was the first in-person middle school promotion for District students since 2019. 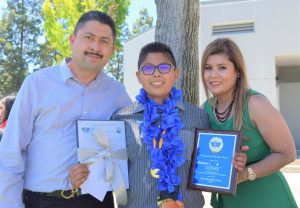 Energetic pop music and the cheers of teachers filled the air at Corey School on May 25, as the Buena Park School District community honored 79 fifth-graders in dazzlingly decorated cars during a drive-thru promotion ceremony. The afternoon ceremony marked the end of the 2020-21 school year and provided students the opportunity to celebrate with friends and family while thanking teachers for their support. 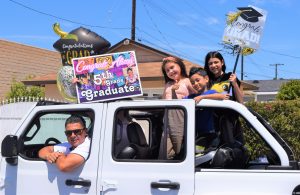 Emery School students put their creativity to the test by crafting musical instruments from trash, designing ways to save the Earth’s resources and powering miniature cars from balloons during a science, technology, engineering, art and mathematics (STEAM) Showcase on May 11 and 12. Emery School’s STEAM Showcase is part of the school’s Passion Program theme “Thinkers, Scholars and Active Citizens move full STEAM ahead to a successful future.” The school’s Passion Program provides a STEAM focus to its students to prepare them for middle school, high school, college and the workforce. 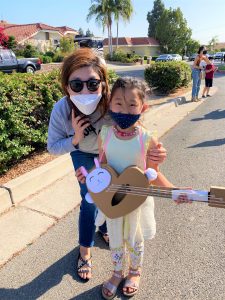 Buena Park Middle School students are learning about shorting stocks, buying futures and fiscal responsibility thanks to a stock market game that teaches students about the ins-and-outs of Wall Street and its impact on the economy. Buena Park Middle School math teacher Sean Hamilton is the advisor to 29 sixth-, seventh- and eighth-grade students who are participating in the stock market game, which teaches students about buying and selling stocks to maximize their profits. Hamilton also emphasizes the importance of financial responsibility by teaching students about the benefits of starting a savings account. 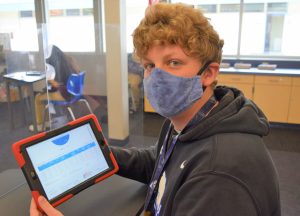 Whitaker School showcased new mosaic artwork for its Wellness Garden, created to complement blooming plant life and edible vegetation while honoring student horticulturalists during an Earth Day celebration on April 22. The new mosaic, which depicts a boy and girl watering and planting seeds under a vibrant sun, was funded through an $8,000 grant from the Orange County Department of Education, United Way, BayWa r.e., America on Track and Kid Healthy. The celebration was also livestreamed via YouTube, allowing students and families to enjoy the garden’s new addition virtually. 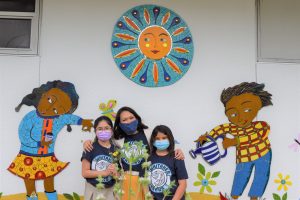 Career Technical Educator Shelley Andros has been honored with the 2021 Fourth District Women’s History Month Spotlight for encouraging her students to become high-achieving scholars, pursuing careers as engineers and horticulturalists. Andros was recognized by Supervisor Doug Chaffee for inspiring her students and preparing them for college and the work force. Andros has taught horticulture, robotics and computer science at Buena Park and Beatty middle schools since 2017.

Pendleton School special education teachers Kimberly Ulangca and Suzanne Huerta are passionate about boosting students’ social skills and igniting their passion in academics. Their efforts in improving Pendleton School’s Special Education program have earned them the Above and Beyond Award from the North Orange County Special Education Local Plan Areas (SELPA). The award is given to special education teachers who are making great strides for their students, encouraging them to learn and grow. 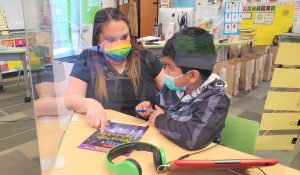 Buena Park Middle School teacher Kristina Walshe positively radiates joy at the idea of getting students excited about math and science, especially when new students are afraid of the daunting subjects. Her unending positivity and exemplary work have earned her recognition as Buena Park School District’s 2021 Teacher of the Year. 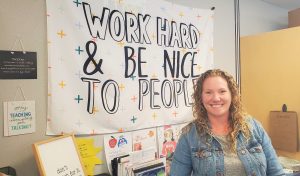 Forty-one Buena Park School District students received $50 gift cards for Vans shoes, thanks to donations from the Boys & Girls Club of Buena Park. The employees and owners of Simpson Buick GMC of Buena Park raised $5,000, which was divided to provide 100 Boys & Girls Club children with gift cards. Students were given their gift cards during a Feb. 26 event; some students also won prizes such as blankets, t-shirts, cup holders and backpacks emblazoned with Vans logos. 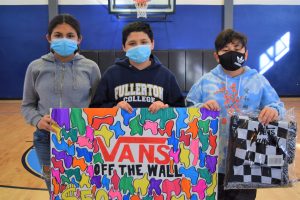