Emery School was alive with cheers, dancing and applause during its drive-thru promotion ceremonies, which congratulated fifth- and sixth-grade students on completing a milestone in their educational journeys. The school held a morning ceremony for 92 fifth-graders and an evening ceremony for 86 sixth-graders on May 28, giving students one more chance to see their friends and thank their teachers. Sixth-grader Noelani Canotal gave her teachers a friendly “hang 10” hand sign during the ceremony and thanked them for preparing her classmates and her for middle school. Canotal said she is looking forward to attending Beatty Middle School in 2020-21. 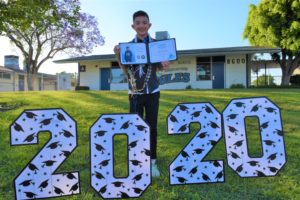 Career Technical Educator Shelley Andros thrives on helping her students find their passions, saying that her profession is more of a calling in keeping with the maxim “Choose a job you love and you’ll never work a day in your life.” Her exemplary work ethic at Buena Park Junior High has earned her the title of 2021 Teacher of the Year award from the Orange County Department of Education. The award winners were announced virtually in May. 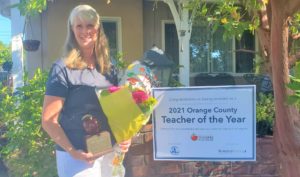 Buena Park School District will offer a special program of online instructional materials, supplies and support to families who want their children to continue distance learning in 2020-21 even after schools are allowed to reopen. The Board of Education unanimously voted to create the Academy for Accelerated Learning at the Buena Park Learning Center on May 11. The academy has a July 1 launch date and was created to add an additional level of safety for the community in regard to COVID-19. 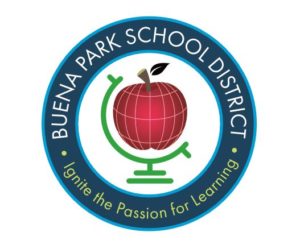 478 Buena Park Junior High students and their families cheered, fist-pumped and honked their car horns during two days of drive-thru promotion ceremonies, as they poured onto campus with vehicles adorned with balloons, colorful signs and creative decorations to commemorate the class of 2020. Guests toured the highly decorated grounds on May 20 and 21, when they were met with cheerful chalk messages, music and applauding teachers and administrators. Students and their families wore masks and followed social distancing rules to maintain safety. 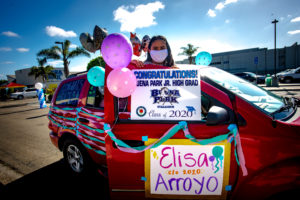 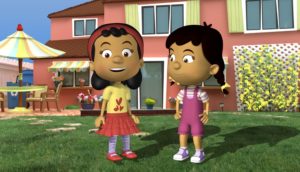 Buena Park Junior High broke ground May 12 on a $3.1 million, nearly 3,200-square-foot performing arts center that will provide space for the school’s growing theater, choir and band programs as well as District-wide events. The center will include a performance space with an acoustical suspended ceiling system, four practice rooms, a teacher’s office and storage rooms. 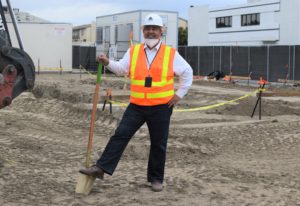 Buena Park School District received a donation of 115 Chromebooks from a consortium of local nonprofits that will help special education students with lessons during distance learning. The Chromebooks were donated by the Anekant Community Center (ACC) in partnership with Sarva Mangal Family Trust, part of a campaign that brought hundreds of Chromebooks to Southern California school districts. 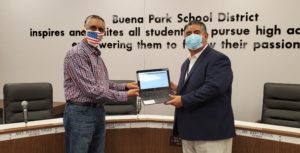 Emery School third-grade teacher Amy Biesiada is using her love of technology to not only boost excellence in her students during at-home learning sessions, but also to assist her Buena Park School District colleagues. Biesiada said her expertise in apps like ParentSquare and Seesaw create a smooth transition to online learning – picking up right where she left off in her classroom. Both programs are online communication tools. ParentSquare is used for parent communication and Seesaw is a digital portfolio of students work, which can be shared with teachers. 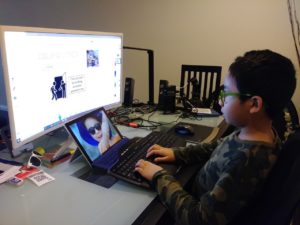 Corey School will allow students to showcase their musical, artistic, acting and even martial arts talents to the Buena Park School District public on Wednesday, May 20 during its inaugural Virtual Community Share. Corey School’s Community Share was launched as a live talent show in 2018-19 to boost interest in visual and performing arts. Since Buena Park School District is practicing distance learning through the end of the school year, the Corey School leaders decided to move the popular community event to online. 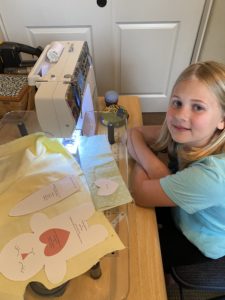 Corey School is now accepting videos and photos of students showcasing their talents for the school’s second annual Community Share. The event, which is scheduled for Wednesday, May 20, will display the visual and performing arts talents of students to the community. The photos and videos will be shared throughout the community through ParentSquare. Submissions can be emailed to Program Specialist Jay Beckelheimer at JBeckelheimer@bpsd.us.