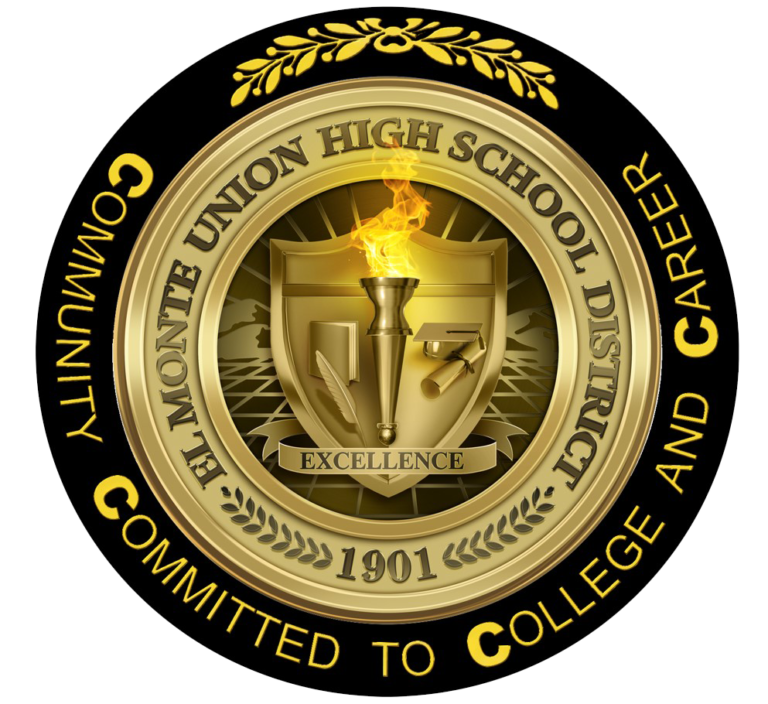 El Monte Union High School District partnered with the El Monte Promise Foundation to honor the Class of 2021 with an Aug. 19 ceremony at El Monte High School, celebrating the hanging of graduate banners that will be displayed throughout the cities of El Monte, South El Monte and Rosemead. The event featured speeches from Superintendent Dr. Edward Zuniga, El Monte Promise Foundation Executive Director Jennifer Cobian, EMUHSD parent Gloria Garcia, and El Monte High School alumnus Joseph Herrera. Banners displaying photos of graduates will be hung from poles throughout the EMUHSD boundaries, honoring the Class of 2021 for their hard work and perseverance. 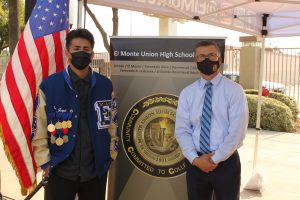 El Monte Union High School District students reunited with friends, classmates, teachers and staff as they returned to campuses for in-person instruction and kicked off the 2021-22 school year on Aug. 17. This momentous day was commemorated at Arroyo High School with a visit from Los Angeles County Superintendent of Schools Dr. Debra Duardo and the Los Angeles Department of Public Health Director, Barbara Ferrer. 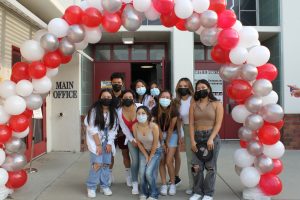 El Monte Union High School District will transition from an “at-large” elections system to a “by-trustee area” system, a change initiated by the Board of Trustees to comply with the California Voting Rights Act. The District will hold a series of public hearings and open houses to engage the community in creating these trustee areas and to provide structured input. The official mapping process begins on Wednesday, Aug. 18, and the anticipated completion timeline is March 2022. Information on public hearings, open houses, and other meetings can be found at www.emuhsd-by-area-trustees.com. 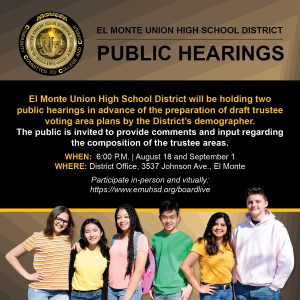 El Monte Union High School District will hold the second in a series of public hearings as part of the transition to a by-trustee election system at the District office, 6 p.m., Wednesday, Sept. 1. The hearing will invite public comments and input regarding the composition of the voting areas in advance of the preparation of draft trustee voting area plans by the District’s demographer. Residents and stakeholders are encouraged to participate. The El Monte Union Board Room is located at 3537 Johnson Ave., El Monte. Participate in-person and virtually at https://www.emuhsd.org/boardlive.

Throughout her childhood, South El Monte High School Class of 2021 graduate Heather Gomez discovered a joy for playing soccer and a love of children. Gomez, who helped lead the SEMHS Eagles girls soccer team to a state championship in 2019, is taking her athletic prowess and dream of a career as a pediatrician to Montevallo College in Alabama. Gomez graduated with a 3.8 GPA, completed eight AP classes and holds the school record for most goals scored, totaling 29 -- one of the scholar-athlete’s many accomplishments on the field. 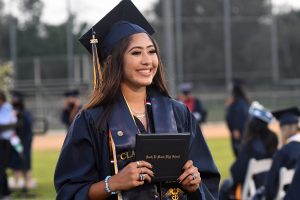 The El Monte Union High School District will begin the new school year on Tuesday, Aug. 17, welcoming students back to campus for in-person instruction five days a week. EMUHSD schools will have a new start time of 8:30 a.m., which will go into effect across all campuses on the first day of school, and conclude the instructional day at 3:30 p.m. The District is offering an independent study program for students who cannot return for in-person instruction, known as the Online Personal Learning (OPL) program. Media contact, Kendra Pintor, 626-529-4864 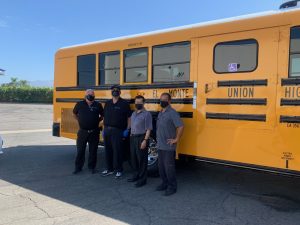 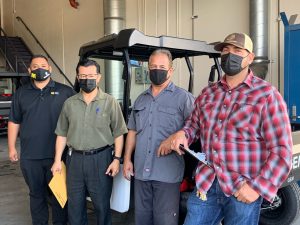