The program incorporates a variety of project-based and collaborative learning efforts to give students a theoretical and practical understanding of civics, from role-playing activities that bring historical elections to life to a public service component that students are required to lead.

It is the first time a middle school has been chosen for the award, which Mayfair celebrated with a visit from Cantil-Sakauye on April 23.

“Educators at Bellflower’s schools work incredibly hard to provide meaningful connections between our classroom civics instruction and how civics issues play out in the real world,” said Superintendent Dr. Brian Jacobs. “We are honored for these efforts on behalf of our students to be recognized as the best in the state.”

Nearly 40 students will leave May 10 to visit the battlefield at Gettysburg, tour the White House, hear a lecture in the Supreme Court Chambers, tour the Capitol Building with a member of Congress, visit Mt. Vernon and Arlington National Cemetery, cruise on the Potomac and see various monuments. Students are required to do lessons throughout the trip and provide summaries upon their return for classmates who couldn’t make the trek.

The civics program also includes two community service elements. The first, run by the school’s Associated Student Body, features an annual food drive. The second, launched as a pilot with one class this year, is called the 20 percent plan.

Essentially, students in one of Dan Fong’s eighth-grade civics classes allot 20 percent of their time to a community service project. Fong’s only rule is that the project affect people outside their circle and community. It’s up to the students to form teams, brainstorm ideas and deal with problems as they arise.

Groups are launching traditional efforts such as sports clinics, a car wash to benefit special education students and drive to collect clothing, supplies and food for homeless residents. But there are also some new technology spins to the efforts. The clothing drive includes video of donation handouts posted to YouTube to inspire other contributions.

One group dubbed itself Make a Kid Smile, or MAKS, and used social media to promote T-shirt sales to raise donations for disadvantaged children. The group is holding a movie night where it will share toys, clothing and other goods.

“I told my students they would run into obstacles and they would fail along the way. That’s how it is in the real world — no one is there to bail you out. You need to come up with your own solutions,” Fong said. “And the students have responded better than I ever imagined. They send me messages well past their 20 percent time allotment, asking questions and seeking advice.”

In all 1,100 seventh- and eighth-graders take part in Mayfair’s civics program.

CIVICS1: Students in Mayfair Middle School’s award-winning civics program stand before a display about their upcoming Washington, D.C. field trip. The annual trip takes students to the White House, Supreme Court and Capitol Building, among other sites key to the nation’s history and democracy.

CIVICS2: Students in Mayfair Middle School’s award-winning civics program stand before a display about their 20 percent project, in which they create programs to benefit the community. The school was recently honored with one of three 2015 Awards of Excellence for its civics program.

CIVICS3: California State Supreme Court Chief Justice Tani G. Cantil-Sakauye visited Mayfair Middle School on April 23 to present the school with Its 2015 Civic Learning Award of Excellence, one of three given out statewide. Mayfair is the only middle school to win the award. 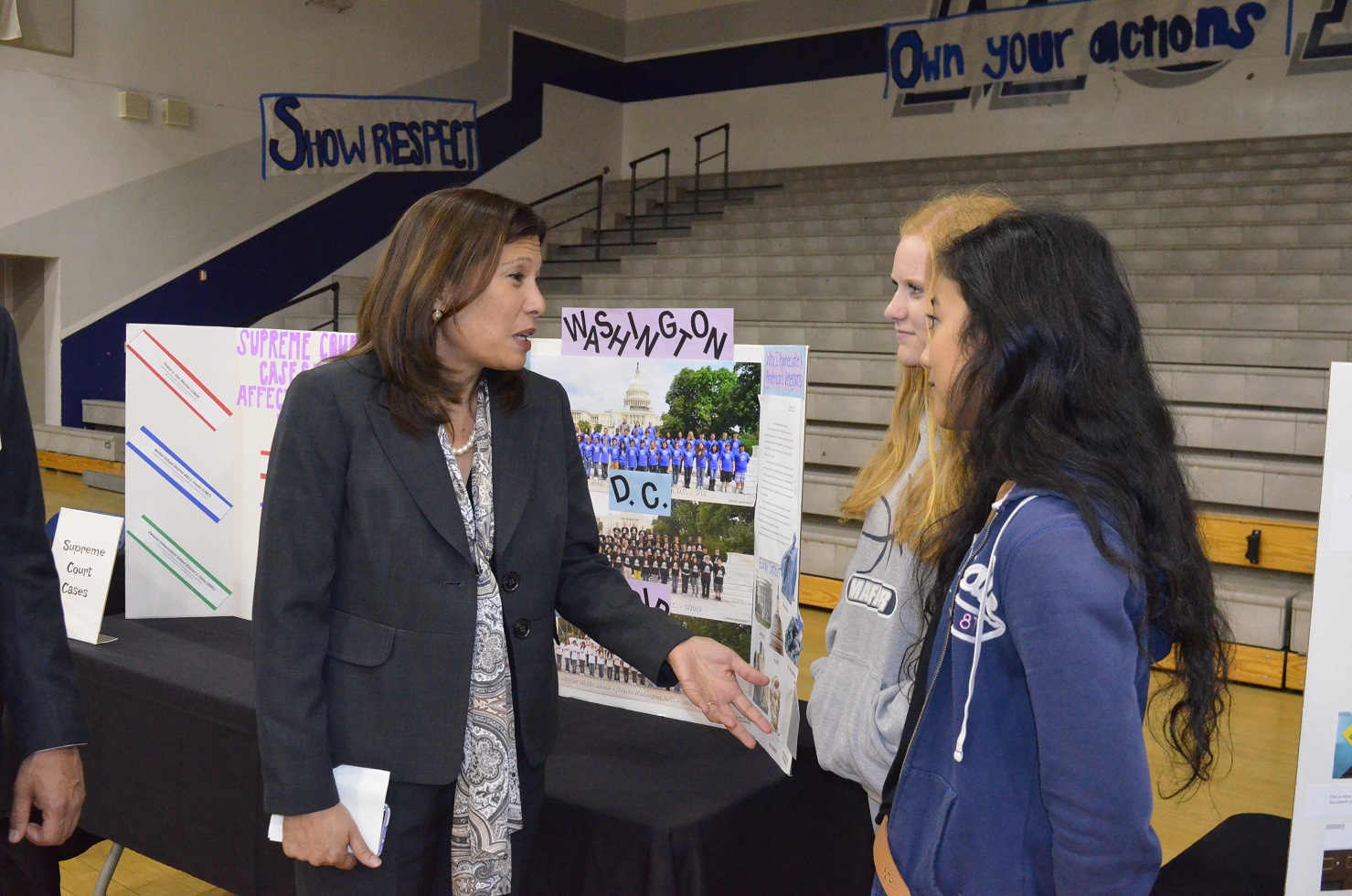 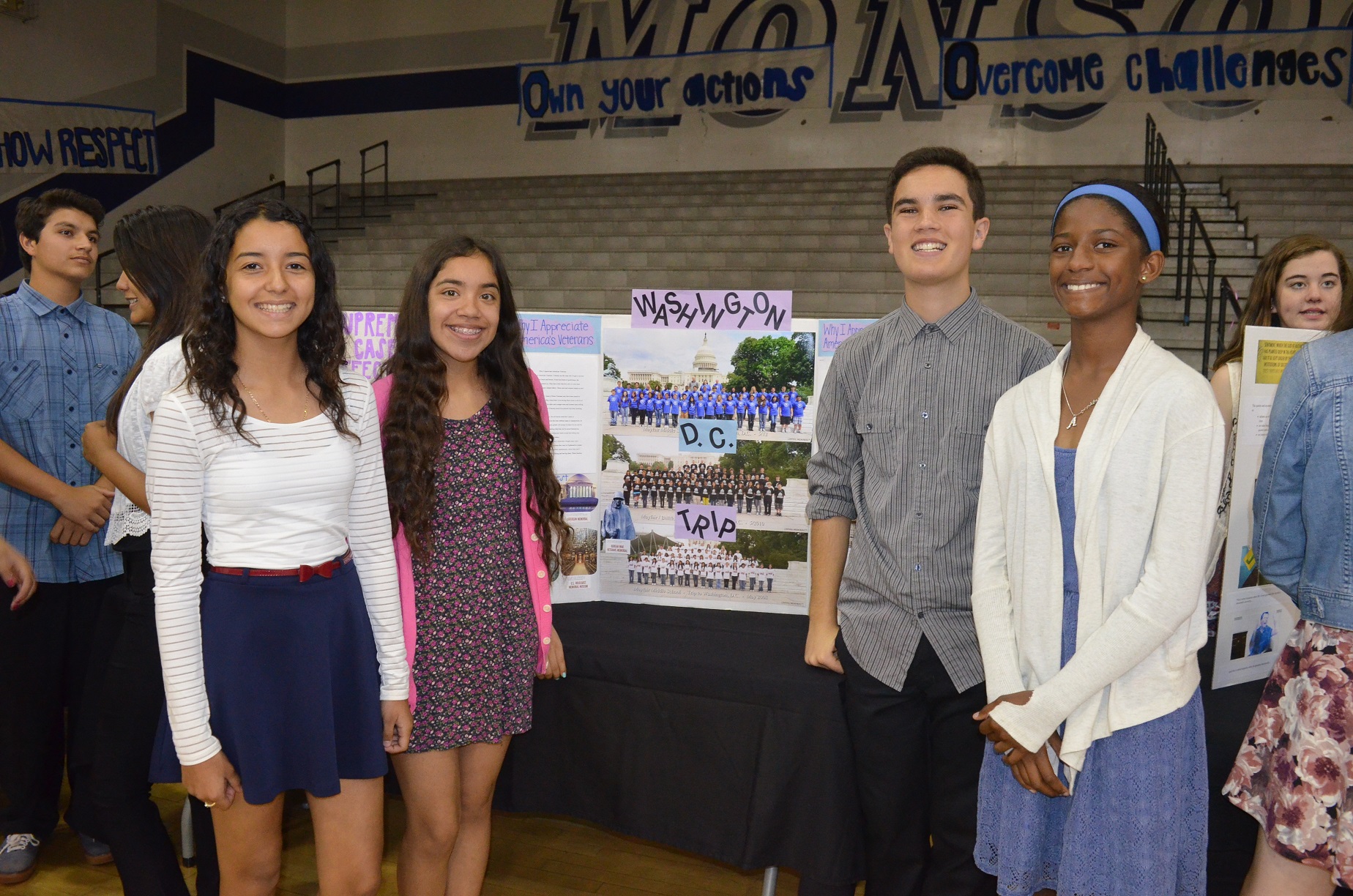 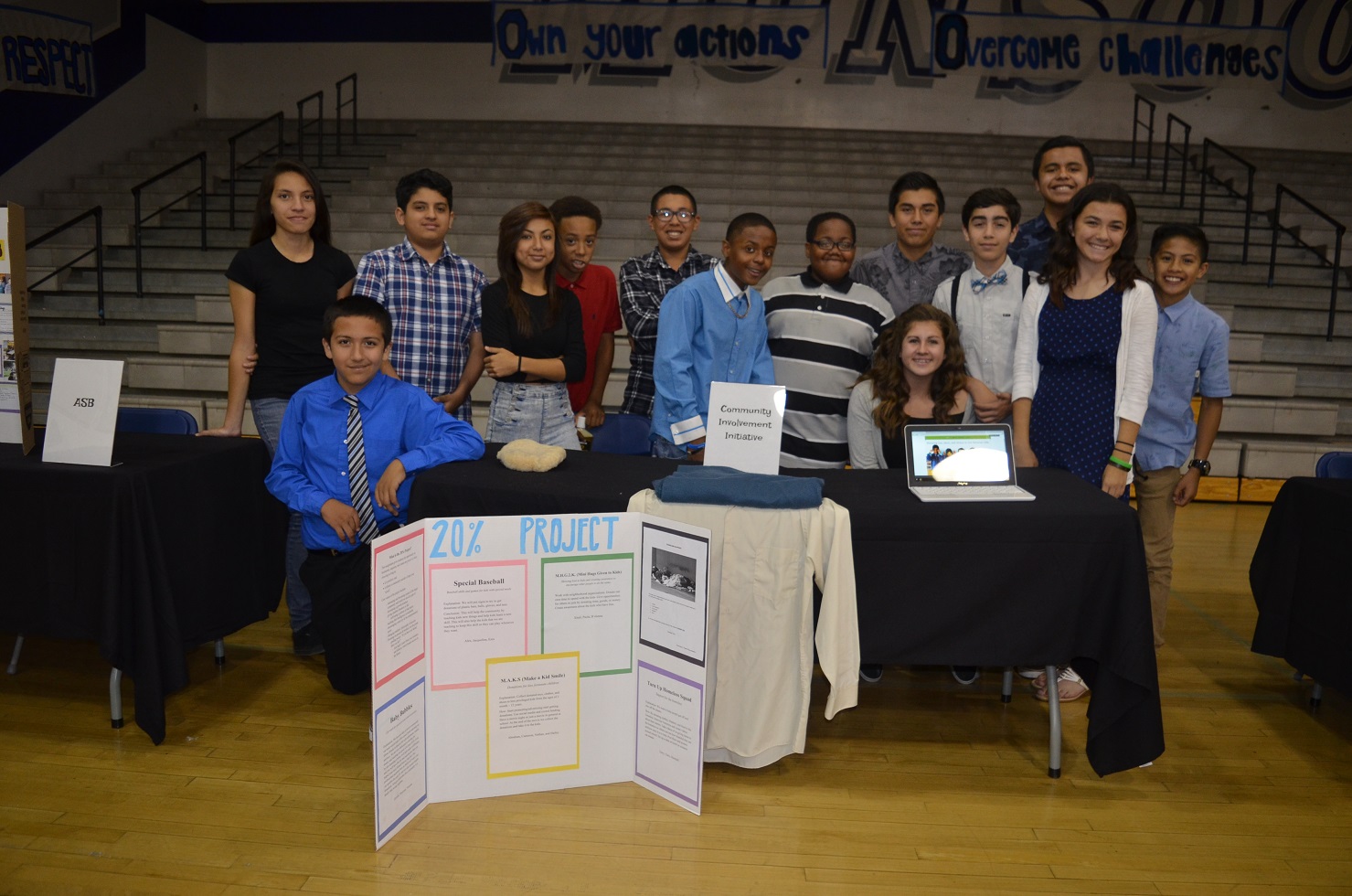 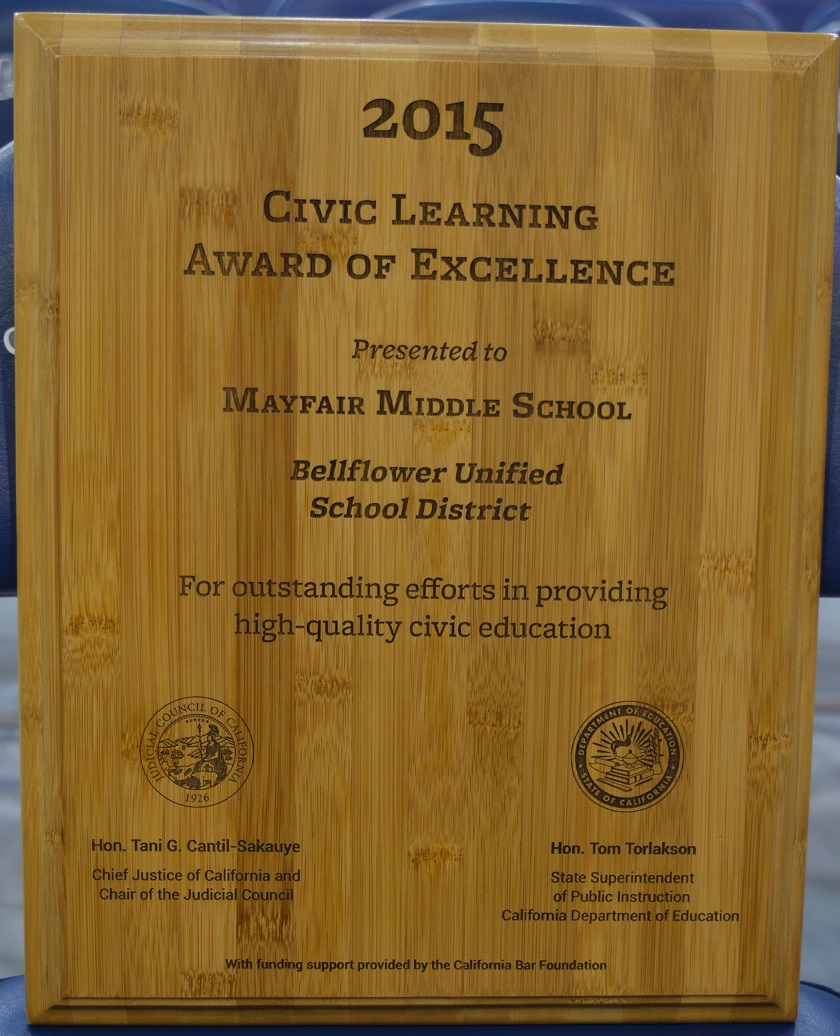