WHITTIER – As the son of immigrants who came to the United States in pursuit of the American Dream, Christian Israelian never had to look far for inspiration and strength and learned early on the virtues of hard work and giving back to their community.

The La Serna High School senior has worked hard at developing skills that define a great leader with the support of his teachers and peers who have witnessed his tireless work ethic and eagerness to nurture the talents of those around him.

For his selflessness and motivation to positively impact the school community, Israelian was recognized with an Award of Merit by the Whittier Union High School District Board of Trustees on Sept. 13.

“Whittier Union attracts the best teachers I’ve ever come across,” said Israelian, who was cheered on by nearly two dozen La Serna student leaders who held signs of support and waved hand fans bearing his face. “Every day, I have the support of my peers. It’s a beautiful relationship that we all have at La Serna.”

Israelian’s sister, Elizabeth, was similarly recognized by the WUHSD Board of Trustees in 2016. Israelian, who has been named the school’s Student of the Year, has followed in his big sister’s footsteps with a dizzying schedule of coursework and civic responsibility.

Commanding a 4.5 GPA, Israelian has completed 40 semesters of honors and Advanced Placement coursework. He is poised to graduate with 300 credits under his belt, well beyond the 220 required to earn a high school diploma. While he contemplates at which university he will study public policy, Israelian remains focused on leaving his mark on La Serna High School.

Israelian, a member of Associated Student Body, serves as president of a number of campus clubs, including the National Honor Society, the California Scholarship Federation and the Model United Nations, of which he is cofounder. He is also an accomplished musician, playing for both the La Serna band and drum line and the Whittier Area Youth Orchestra, serving as president this year.

“To say he is well-prepared for his next steps in life is an understatement,” Principal Ann Fitzgerald said. “Christian has a huge heart to help people who maybe don’t have enough themselves,” Principal Ann Fitzgerald said. “Christian, I want to thank you for taking an active role in your education, our school, and our community. Congratulations to you and your proud parents on your accomplishments.”

092217_WUHSD_CISRAELIAN2: La Serna High senior Christian Israelian, who was recognized with an Award of Merit, is accompanied by nearly two dozen La Serna student leaders, who brought signs and waved hand fans bearing his face. Israelian serves as a mentor to La Serna students, is president of several academic clubs and co-owns a comic book shop with his father. 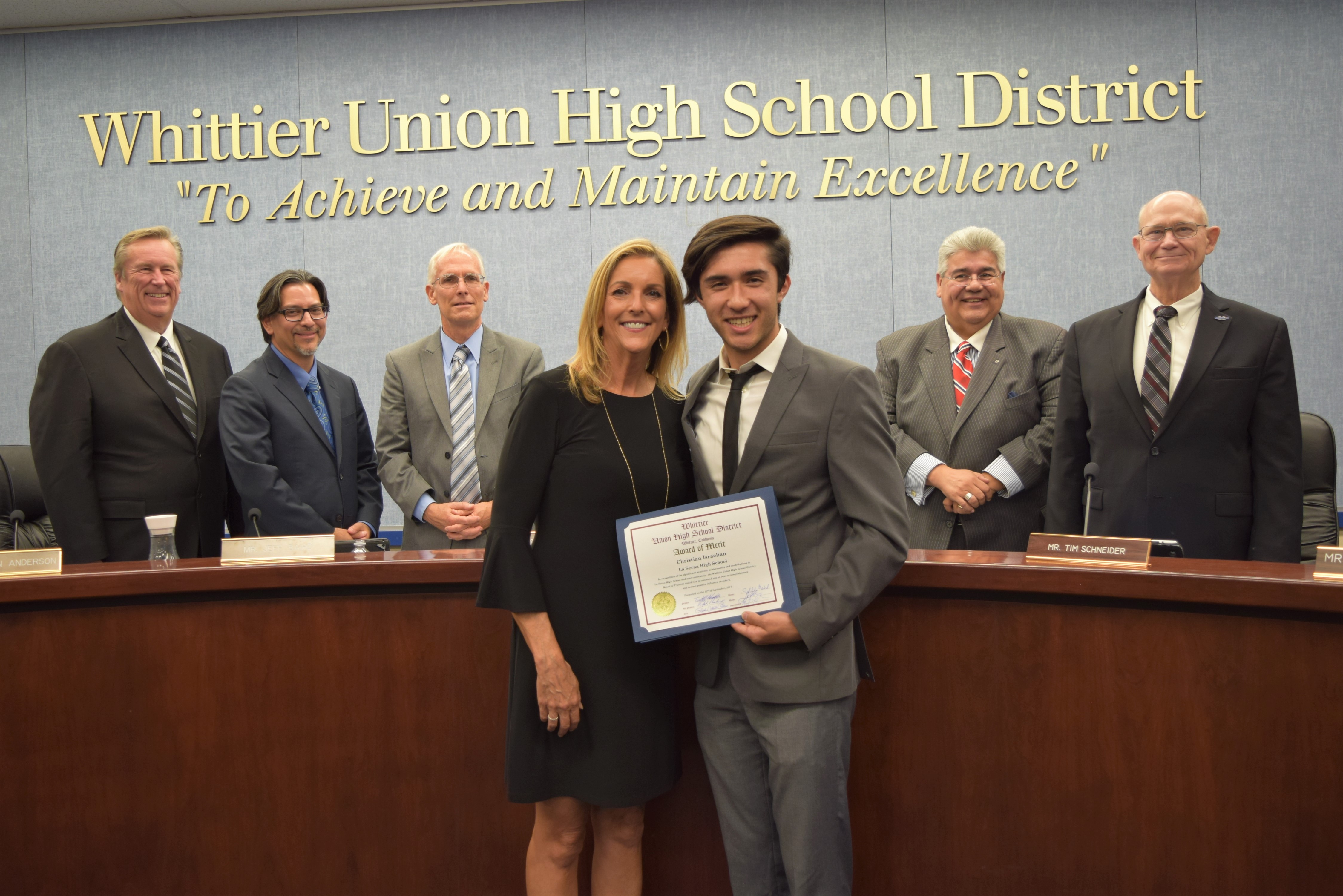 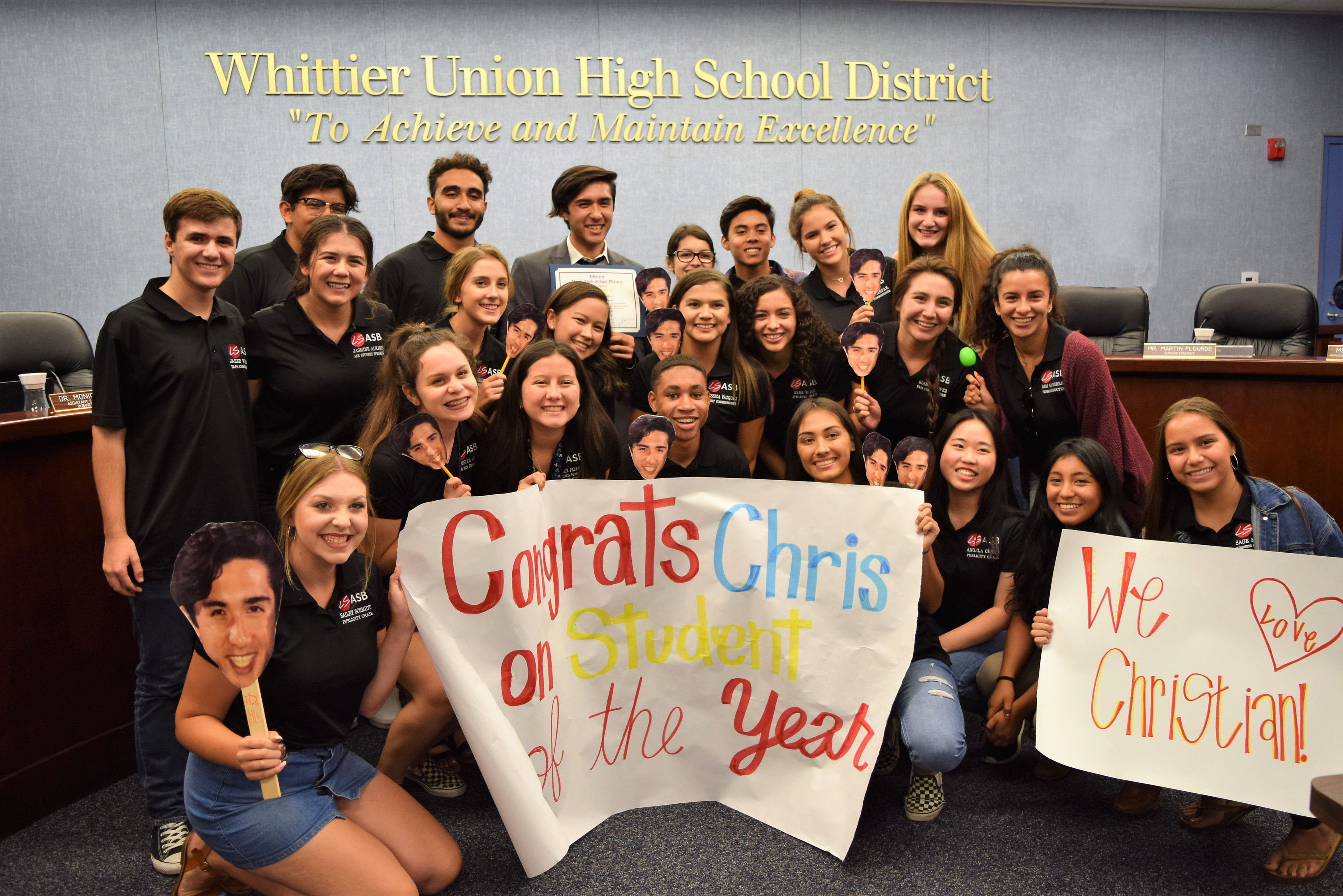 Whittier Union Student Receives Award of Merit from Board of Trustees