Hardin will take a piece of Inglewood with him when he heads to Tuskegee University this fall to study political science, but he will also leave behind a legacy of leadership that has inspired the community.

“My goal is to become president of the United States,” Hardin said. “I want to leave a lasting impact on society and bridge racial gaps in a way that can only come from the very top.”

Hardin has always worked to bridge gaps through leadership. He served as Morningside’s ASB Vice President, was involved in student congress, and was a mentor in the Omega Gentleman Youth Mentoring (Omega Gents) program.

Hardin, who finished with a 4.29 GPA, was named a semi-finalist for the prestigious Gates Scholarship – an elite honor that is ultimately awarded to just 300 students across the country.

His charisma and upbeat demeanor were one of the reasons Hardin was designated by the Inglewood Unified School District to represent Morningside High School at monthly Board of Education meetings, where he provided regular updates on the campus and his classmates.

“It’s an honor to represent the students of our District and share the successes of my peers with the public,” Hardin said. “The role has also helped me build a connection with our educators and influencers and collaborate to help us all improve.”

“Evan has been a shining light of positivity for our community and District, and a reminder of how student success can galvanize us all,” Inglewood Unified State Administrator Dr. Thelma Meléndez de Santa Ana said. “We wish him the absolute best as he moves forward in pursuit of his goals and he will always have our support here in Inglewood Unified.” 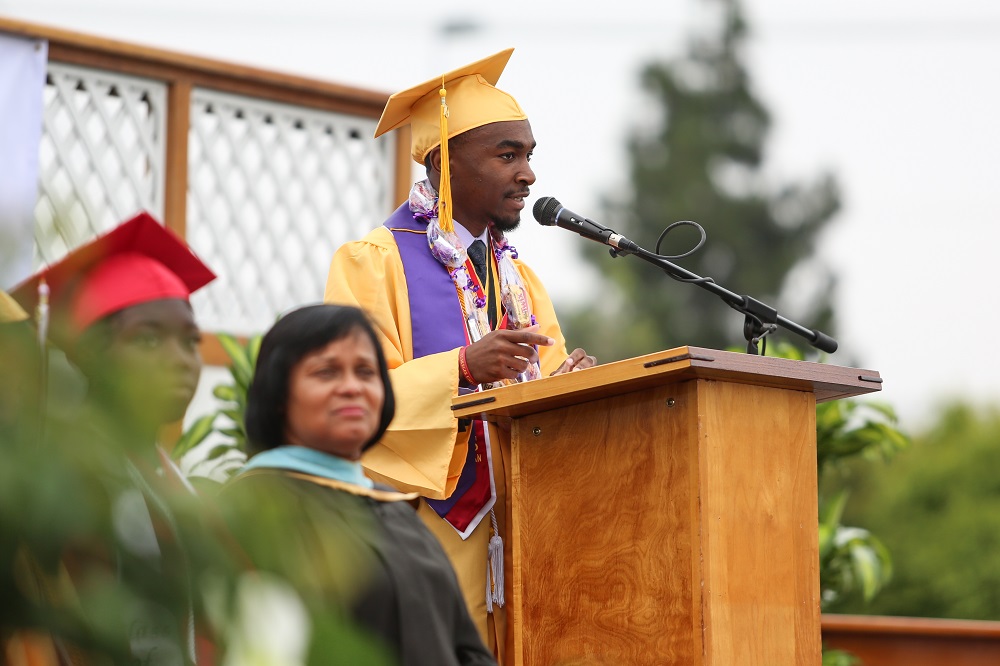