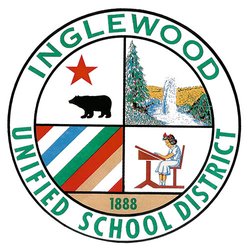 Fontana Unified high schools are lighting up their stadiums at 8:20 p.m. every Friday for 20 minutes to honor the Class of 2020 as part of the nationwide “Be The Light” campaign. The District is challenging its community to join in by turning on their lights at home each week at 8:20 p.m. to show support for Fontana Unified’s seniors.

Students from Inglewood Unified School District took part in a virtual spirit week from April 13 to April 17. The spirit week, which consisted of pajama day, hat day, crazy sock day, favorite shirt day and school spirit day, was held in an effort to bring the school community together while on dismissal.

Teams from Inglewood Unified’s District office, schools and volunteers, visited neighborhoods across Inglewood to share information about the district and its schools on March 5 and 6. The teams, including County Administrator Dr. Erika Torres, visited homes, businesses and community organizations to provide details about the district’s educational programs, student success and facility improvements.

In celebration of Black History Month, members of the Los Angeles Rams organization will visit with students at 11:45 a.m. Thursday, Feb. 27, at Warren Lane Elementary, 2602 W 79th St., Inglewood. Rams members will read “Dear Black Boy” by Martellus Bennett to classes and finish the reading with a pizza party.

Students from Inglewood Unified’s Beulah Payne P-8 STEAM Academy celebrated 100 days of school by conducting science experiments with their classmates, teachers and parents. Students worked together to solve problems and create a finished product. The event also served as a celebration of the school’s emphasis on science, technology, engineering, arts and math (STEAM).

City Honors High School scholar-athletes Jared Heywood and Montana Lemonious-Craig, who played for Inglewood High School’s football team, showed dedication on and off the field, and have signed to play football for competitive universities. Heywood will play for the University of Rhode Island and Lemonious-Craig will play for the University of Colorado.

Students from Inglewood Unified’s Hudnall Elementary School engaged in a variety of physical activities on Feb. 12 for an uninterrupted 45 minutes, including jump rope, field hockey and basketball as part of a fundraising partnership with the American Heart Association. The event concluded a two-week Kids Heart Challenge Fundraiser.

Dr. Erika Torres, County Administrator of Inglewood Unified School District, is pleased to announce the availability for long-term lease of part or all of 22.6 acres surplused by the School District in the City of Inglewood. This major development site, surplus to the District’s educational needs, is situated on West 104th Street between South Prairie Avenue and Crenshaw Blvd. The site is located two blocks from the Hollywood Park Entertainment District and the new LA/SoFi Stadium due to open later this year. The Inglewood Unified School District has released a Request for Developer Qualifications to partner with a developer to jointly develop this site. 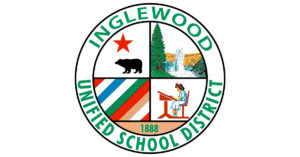