WHITTIER, CA – In celebration of its longtime tradition of student achievement, the Whittier Union High School District commemorated the 50th anniversary of its esteemed Horizons program, founded in 1964 by educator Dr. Henry M. Ramirez in an effort to close the opportunity gap and catapult students to success.

Since its formation at Whittier High School 50 years ago, the Horizons program has offered academic support, career and college-preparatory advisement, and numerous educational and enrichment services to students across the District to ensure they succeed and flourish in a 21st century world.

The District held an anniversary celebration for the pioneering program on Tuesday, Sept. 16.

“Dr. Ramirez’s foresight and efforts to create a program that would help remove barriers to higher education exemplifies our ‘Whatever It Takes’ initiative, which began 12 years ago to ensure that all students have the preparation and support to reach increasingly higher levels of academic achievement,” said Superintendent Sandra Thorstenson. “The Whittier Union High School District has stayed true to its principle that ‘Demographics Do Not Determine Destiny’ and as a result our kids are thriving now more than ever.”

The event featured a folklórico performance, as well as former directors, parents and students who have directly benefited from the Horizons program were also in attendance. Assemblymember Ian Calderon, whose district includes Whittier, was also in attendance.

Ramirez – a Latin teacher who was later appointed by President Richard Nixon as chairman of the Cabinet Committee on Opportunities for Spanish Speaking People, and is credited with helping to integrate Latinos into key federal government positions – returned to Whittier Union to discuss what motivated him to design a program that would meet the needs of Latino students at Whittier High.

“Dr. Ramirez was an integral part to the creation of our District’s expectation to provide the most rigorous course of study to every student, institute a widespread system of support and give students the resources they need to pursue careers and post-secondary education,” said Lilia Torres-Cooper, the District’s Director of Federal and State Categorical Programs.

After witnessing the educational disparities apparent among the different student populations on campus, Ramirez began a quest to improve student achievement and provide students with a pathway to college that led to a total transformation of the District’s educational offerings to Latino students. In 1964, he created the New Horizons program, where students explored concepts, careers and possibilities they had never envisioned for themselves before. The novel curriculum enabled students to visit different job environments, participate in educational field trips, gain access to higher education and receive tutoring.

Ramirez enlisted the help of parents, local businesses, community organizations and the school board to launch the program. He also helped forge relationships between the various student populations on campus, and just in the first year, student performance improved and college acceptance rates grew.

With the measurable success of New Horizons evident, support from the District increased and state and federal funding grew. New Horizons expanded to the District’s four other comprehensive high schools – Pioneer, Santa Fe, California and La Serna – under the name Expanded Horizons.

“While I spent many years dedicated to integrating Latinos into the national fabric, the notion of promoting diversity and inclusion began at Whittier High School and the Whittier Union High School District,” Ramirez said. “It brings me great joy and pride to see the program expand and see what it has evolved into – a beacon that creates opportunities for every single student in this community, no matter their background.”

Today, the Horizons program has become an integral part of each of the District campuses as it continues to assist in the overall school effort to support students in their quest to achieve. The program also helps develop and nurture a strong relationship between school and home life to help in that effort.

“Dr. Ramirez’s vision helped pave the way for me, and many students and colleagues who followed, to gain the confidence to pursue my dreams and made the possibility of attending college tangible,” said Torres-Cooper, a former Cal High student who participated in the Horizons program as a senior. “He empowered us, helped us feel connected to school and gave us the tools and motivation to do our best.” 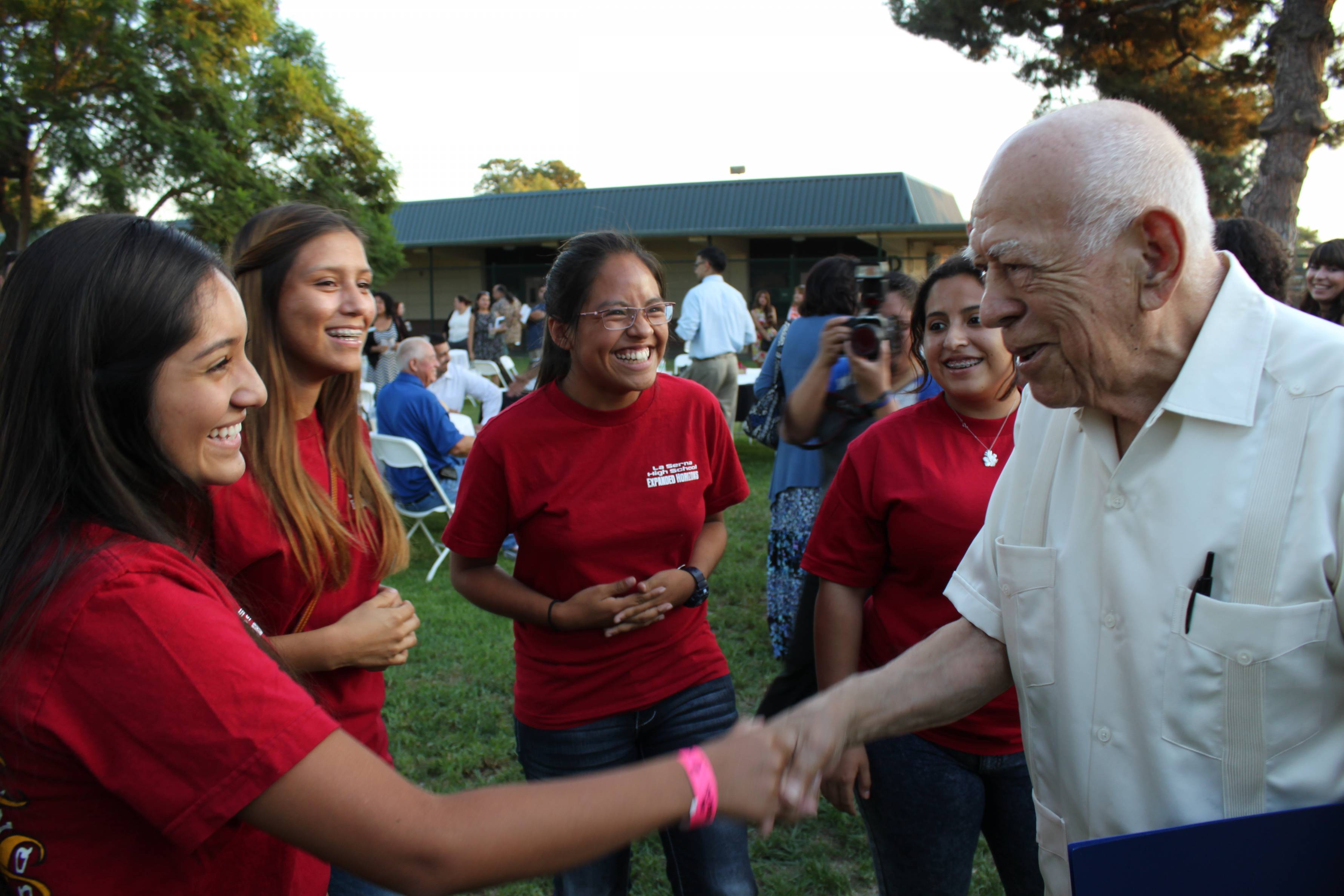 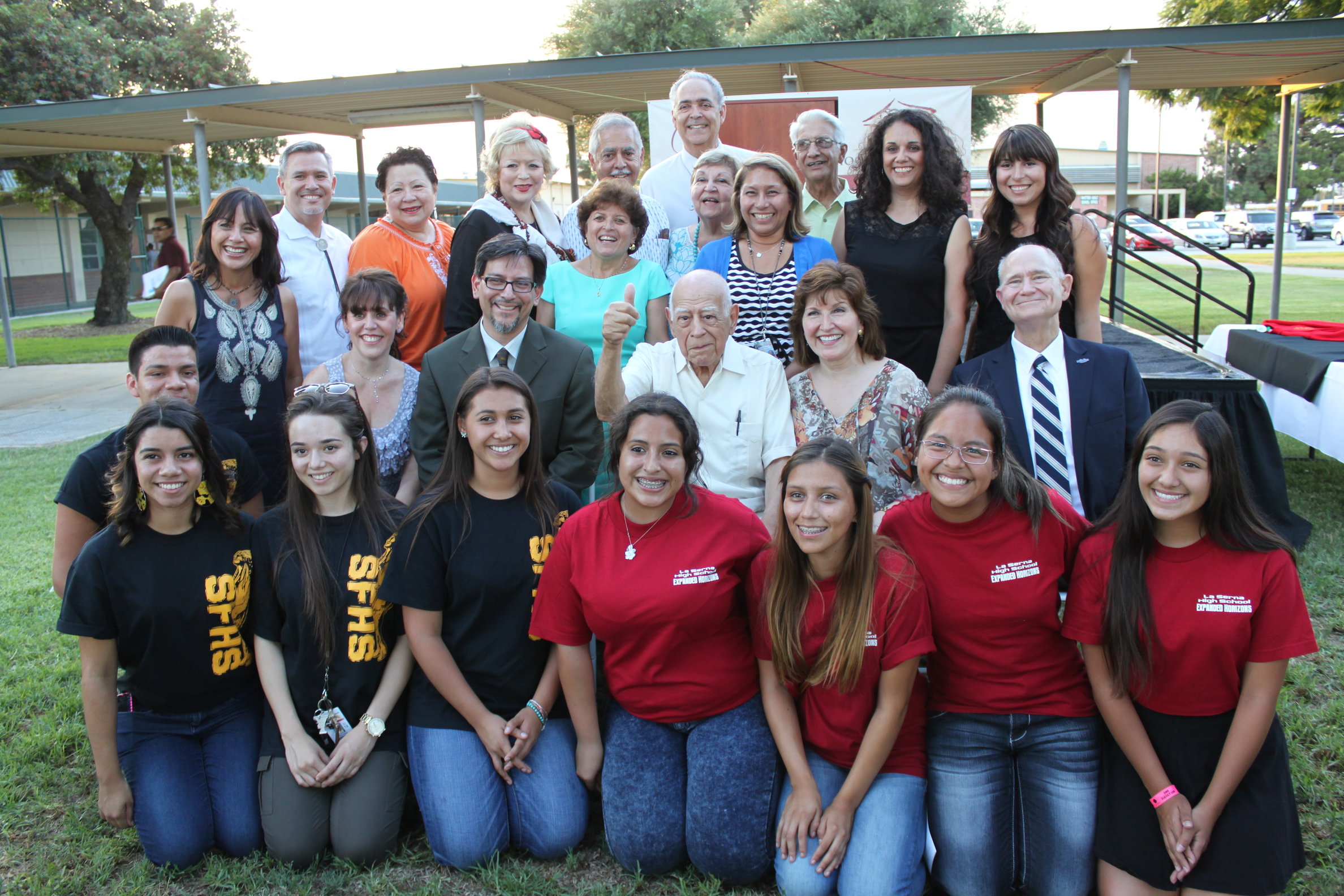