WHITTIER – When California High School Band Director Doug Nordquist first arrived to Whittier Union as a music teacher in 1982, he was literally jumping for joy, in the midst of competing to win a spot as a high jumper on the 1984 U.S. Olympic team.

With a parallel career as an Olympic-level athlete, Nordquist began striving for excellence in the classroom, teaching multiple subjects and eventually establishing Cal High’s Entertainment Unit, a music program that has enabled thousands of Whittier Union students to find their calling and achieve high levels of discipline and success.

“This is very humbling, I did not expect this,” Nordquist said. “When I go to the boardroom and see my dad’s picture up there, along with so many other teachers that I have had the honor to work with over the years, it’s always very special. This is a tremendous honor.”

Nordquist began his career at Whittier Union as a band, reading and woodshop teacher at Santa Fe High School before transitioning to Cal High in 1996. When choir director Dan Hawkins began teaching at the school in 2001, he was immediately impacted by Nordquist’s character and work ethic, qualities he sought to emulate.

“Doug’s training as a musician, woodworker and USA Olympic team member have instilled in him a pursuit of excellence, a focus on playing by the rules, a strong work-ethic, a commitment to civic responsibility and patriotism, and a masterful attention to detail,” Hawkins said. “He cares very deeply about his students and they emerge from the Entertainment Unit as lifelong learners, team players, stronger leaders and better humans.”
Under Nordquist’s leadership, the CHS Entertainment Unit has become renowned for its long history of top awards at festivals and competitions. In addition to directing the unit, Nordquist also conducts the pit orchestra, coaches Cal High’s high jumpers and runs the annual Condor Leadership Academy.

“High jumping and music are similar as they are performance-based and require discipline,” Nordquist said. “If you knock the bar over, you’re done. If you play the wrong note, you’re done. You can’t run from hard work. I teach my students to set goals and then meet those goals.”

Nordquist came to the District shortly after graduating from Washington State University, where he was team captain of the track and field team as well as drum major. Nordquist qualified for the U.S. Olympic team and competed in the 1984 games in Los Angeles. Though he fell just short of medaling, finishing in fifth place, his high jump career was just taking off.

Nordquist’s stature as an international athlete grew exponentially during the 1980s – as an Olympic qualifier, a TAC track and field national champion in 1986 and 1988 and as a gold and silver medalist at the 1986 and 1990 Goodwill Games, respectively.

Through it all, Nordquist remained focused on teaching and instilling in his students lessons that go beyond music or athletics. During the school closures brought on by the COVID-19 virus, Nordquist has received many emails from his colleagues, praising his students for being so dedicated to their studies.

“I have known Doug since our earliest days at the District, where I have seen the bands at Santa Fe and Cal have consistently achieved and maintained excellence,” Superintendent Martin Plourde said. “His students are both outstanding musicians and citizens. On behalf of the entire Whittier Union family, we congratulate Doug on his recognition as our 2020 Teacher of the Year.”

PHOTO CAPTION
060820_WUHSD_TEACHEROFYEAR: California High School Band Director Doug Nordquist, who has been teaching at Whittier Union since 1982, has been named Whittier Union’s 2020 Teacher of the Year. 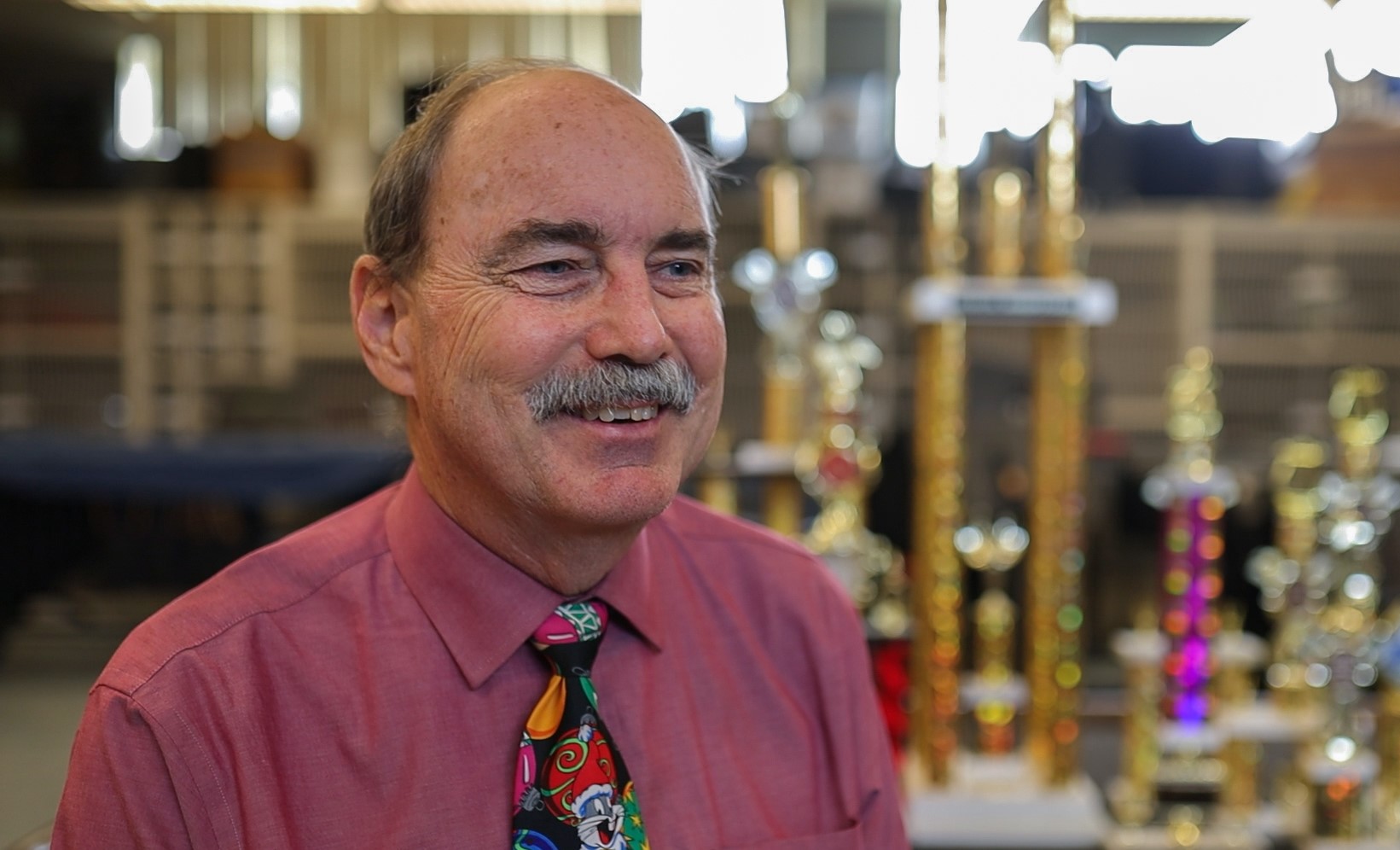 Whittier Union Names Band Director its 2020 Teacher of the Year