Playing mostly against college players, Chacon was just one of sevent players to advance to the championship from a field of 84 players in a qualifying tournament June 28 at the Friendly Hills Country Club in Whittier. She finished in a three-way tie for fifth place with Elisa Pierre, a recent high school graduate headed to the University of Indiana, and Kaley In, of UC Irvine. All three fired scores of 73.

“My swing was pretty good and I was hitting the greens and making a lot of putts,” Chacon said. “I was pretty happy with my play and shooting a 73 on a tough course.”

Chacon is among the youngest players to qualify for the Amateur Championship and looks forward to facing older players again.

“I will have to play really well because there’s going to be a lot of college players, but I feel pretty good and I think I’ll do well,” said Chacon, who helped lead La Serna to a CIF Southern Section championship in the spring.

With its treacherous rolling hills, numerous doglegs and small greens, Rolling Green ranks among the toughest courses in the country. The confident Chacon, whose strengths are her driver and irons, looks forward to the challenge.

“I think it fits my game,” she said. “I can play long courses better than short ones. My swing is really in tune right now.”

She credits her private PGA instructor Greg Castleman with helping her improve her swing.

“There’s such a big difference in my swing between now and where it was two-and-a-half years ago when I first started working with him,” Chacon said.

Chacon, who turns 15 in October, is already drawing attention from Division I college programs across the country, including UCLA, USC, Arizona State, Colorado, Michigan, Oregon, Stanford, Texas Christian and Virginia.
“My goal is to get a full scholarship to a Division I school and then see if I want to turn professional,” said Chacon, who not only has delivered excellence on the greens, but in the classroom as well.

She attained a 3.84 GPA from a class schedule that consisted of three honors classes and one Advanced Placement course. She is undecided about her college major.

“Performing at this level not only takes tremendous skills and talent, but also takes discipline and dedication, and Briana has been amazing,” La Serna Principal Ann Fitzgerald said. “She has shown the kind of leadership and success that makes me so proud of our student-athletes.”

Television coverage begins Aug. 3 on the FS1 Network from noon to 3 p.m. and can also be seen on USGA.org. Log on to www.usga.org/championships/2016/u-s–women-s-amateur.html to see a full coverage schedule. 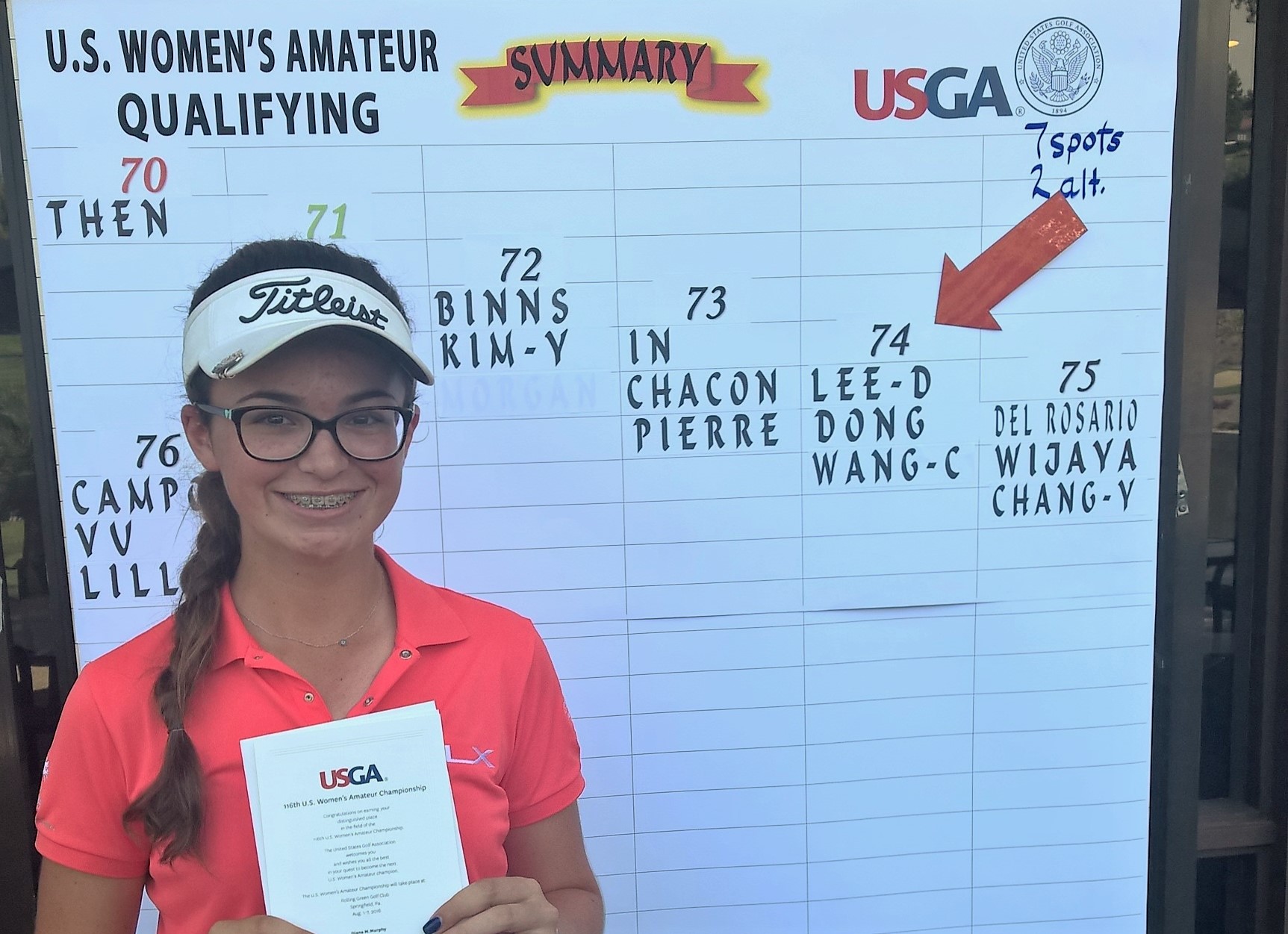