EHS senior Vanessa Li – working with a team of two UC Berkeley bioengineering students and a data scientist – co-created a simple, discreet and efficient way to test for HIV during the MIT San Francisco Grand Hack event held this fall. Their efforts captured third place in their track and secured a UC San Francisco Rosenman Institute Prize, which provides resources to help winners patent their products, pitch to investors and launch startups.

“When I was a sophomore in high school, I didn’t think I could do anything that would have an impact beyond me, but this makes me feel like I’m doing something for my community,” Li said. “Seeing professionals in the field agreeing with my ideas reinforced my confidence in my vision.”

The MIT San Francisco Grand Hack brought together 400 university students and working professionals on Oct. 11-13 to build innovative solutions for the healthcare industry. Li was the only high school student to attend and compete.

The Grand Hack consisted of three tracks: mental health, rural and low-resource health setting, and chronic disease. Attendees formed teams based on topics of interest and were asked to pinpoint a problem, find a solution and present it before judges.

Li’s team worked in the rural/low-resource track, designing discreet and ready-to-ship HIV tests that could be ordered online by people who otherwise would not have access. The thought, Li said, is to serve people who live in rural areas and LGBTQ individuals who lack safe access to testing.

With the help available through the UCSF Rosenman Institute Prize, Li and her team are working to launch a startup and purchase a prototype. The SafeDetect team is currently looking for business consultants and will meet with QB3 – a startup support service – at the end of November for advice and funding assistance.

“The idea of having a startup company sounds crazy, but now that we’re moving forward with the prize and using those resources, it looks like it’s actually going to happen,” Li said. “The crazy concept can become a reality. This idea wasn’t just something that existed during those three days for us; it is something we’re serious about pursuing.”

Li plans to balance her startup efforts with her rigorous studies in Edgewood’s IB Diploma Programme and involvement in Science Olympiad Club, National Alliance on Mental Illness club and Key Club. She is considering a degree in biological engineering. 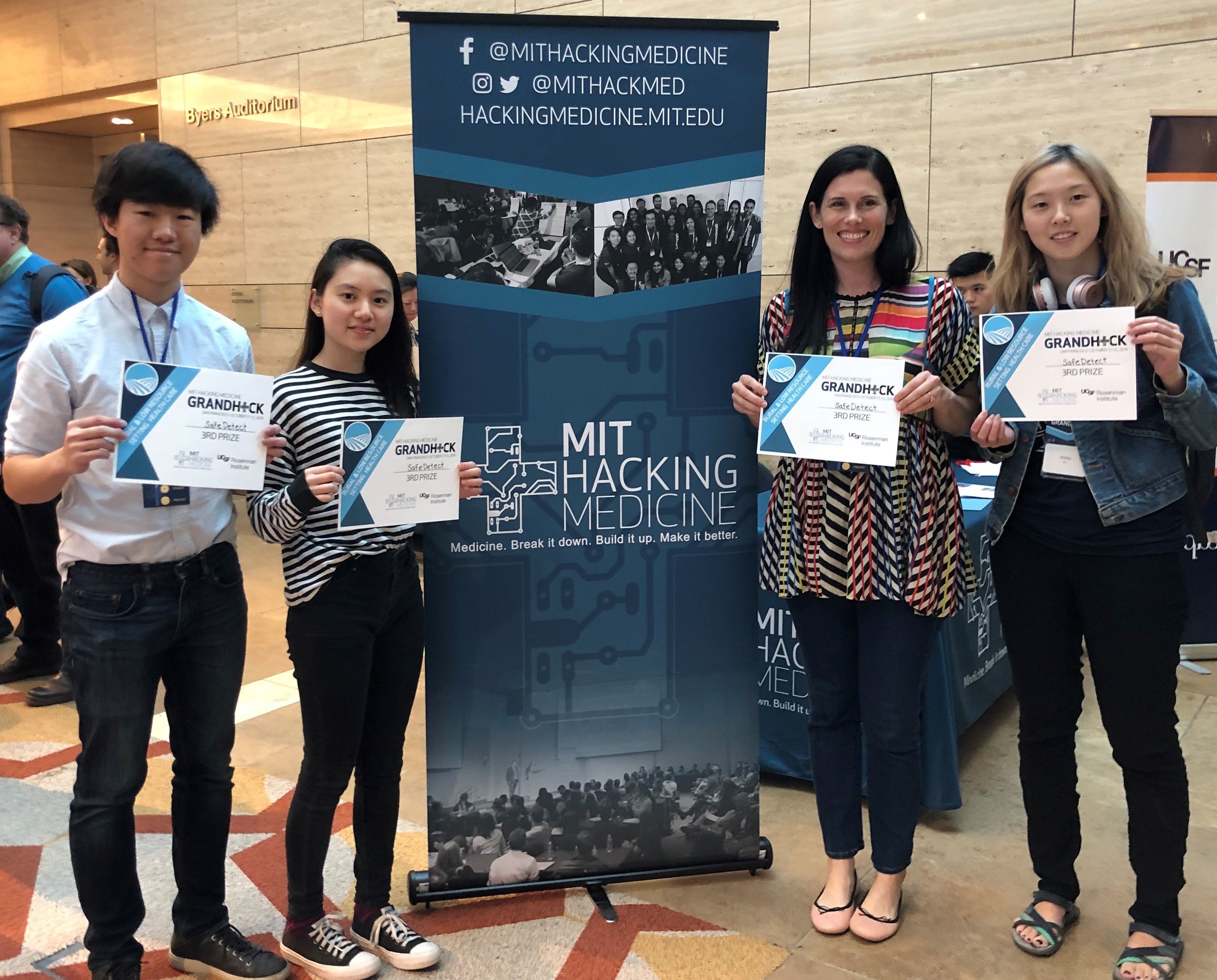