The inseparable Downey teenagers were prepared to give up their dream of playing college soccer in exchange for attending a top-notch, four-year university, even though it meant carrying significant debt without help from sports scholarships.

“But something kept bothering us. It just felt like the wrong decision,” Maritza said. “We decided we should give soccer another shot and see if we could land a scholarship.”

So the teens enrolled at Rio Hondo College: the soccer program had shown interest in them as athletes and as students. They also liked Rio Hondo’s top-notch nursing program and general education program.

“We didn’t really know much about college; we are the first ones in our family to go to college,” Janeth said. “But we quickly learned that coming to Rio Hondo was the better choice for us.”

Indeed, the 19-year-olds describe a program of support services that engaged them from the moment they arrived on campus, a soccer coach who urged them to excel on and off the field, and a network that has encouraged them continually to seek higher goals.

Now, after two years as Roadrunners, the Acuna sisters are known across the nation for helping their soccer team shine in the 2015 California state playoffs, an accomplishment on par with their stellar GPAs.

The icing on the cake? UC Irvine, where they were accepted out of high school, has offered sports scholarships that will pick up where grant aid leaves off, essentially making their final two years of college free and allowing them to continue pursuing the sport they love.

“The Acuna sisters are a tremendous example of how Rio Hondo College can help students realize their dreams,” said Superintendent/President Teresa Dreyfuss. “At Rio Hondo, these young women found just the right combination of opportunity, motivation and support.”

Janeth and Maritza are quick to name Rio Hondo College head soccer coach Jennifer Tanaka as one of their biggest supporters.

“She believes in us,” Janeth said. “If we have a goal, she helps us meet it. She always pushes us to do better. She thinks education is really important. If we don’t do our best in our classes, she makes us reflect on ourselves, to think about the future.”

Maritza (who boasts a 4.0 GPA) was named Junior College Scholar National Player of the Year by the National Soccer Coaches Association of America. Janeth (with a 3.93 GPA) was named to the Scholar All-American second team.

“Rio Hondo College is justifiably proud of how our faculty nurtures students,” said Board of Trustees President Mary Ann Pacheco. “We see the whole student and take all steps necessary to ensure they thrive in our classrooms and in our community.”
As much as the twins love soccer, though, their studies have always come first.

Rio Hondo College’s support services helped them in that arena, providing services that included counseling, aid in buying books and participation in the Summer Scholar Transfer Institute, a 10-day program hosted by UC Irvine in summer 2015.

During the institute, professors echoed a message the sisters had heard from nurses while volunteering at a local hospital: Don’t limit yourselves. Explore all medical careers. Consider becoming doctors.

“So I’m aiming for that, now,” Maritza says. “I think it would be great if someday, we could run a medical practice together.”

CAPTION: Downey Twins Maritza and Janeth Acuna found a path to success when they decided to attend Rio Hondo College. 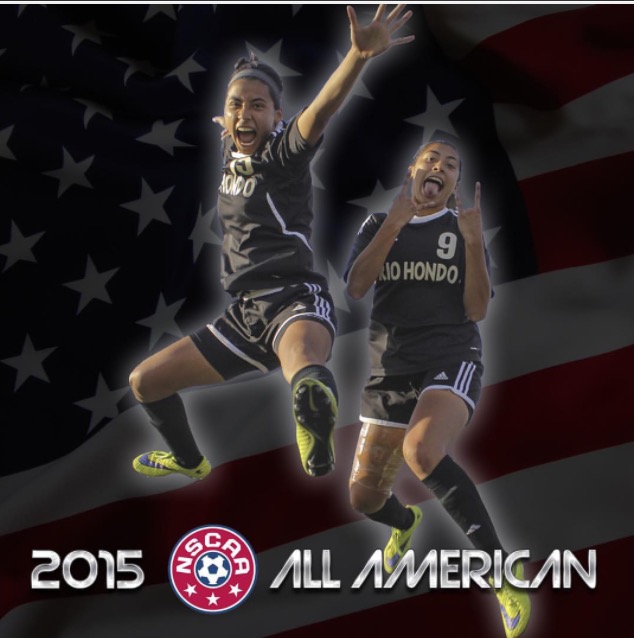 Twins’ Path to Success Leads Them to Rio Hondo College