SAN GABRIEL, CA – Three Gabrielino High School seniors were recognized by the National Hispanic Recognition Program (NHRP) for their performance on the PSAT, placing them among the top 2.5 percent of Hispanic and Latino students in their region.

Alina Zarate, Andreas Bouffard and Felipe Acosta are among the 5,000 Hispanic/Latino students to be named NHRP Scholars and were selected from a pool of 250,000 students who took the PSAT in 2016.

“We are very proud of Alina, Andreas and Nathan for their recognition as National Hispanic Recognition Program scholars,” Gabrielino High Principal Sharron Heinrich said. “Gabrielino students are highly motivated to succeed in and out of the classroom, and we are thrilled to see our students honored for their accomplishments.”

Alina Zarate, who takes classes at Pasadena City College in her free time, hopes to study abroad in Italy next year before returning home and majoring in Spanish and science.

Andreas Bouffard hopes to pursue a degree and career in engineering and science, interests that developed from watching his father’s work as an aerospace engineer. He is a member of Gabrielino’s speech and debate team and a four-year member of the Mathematics, Science, Engineering Achievement (MESA) club.

“It’s an honor to be able to represent Hispanic students and to be recognized for my academic efforts,” Bouffard said. “I have already received scholarship offers because of this recognition and am very grateful.”

Felipe Acosta plans to go to medical school and pursue a career in oncology or neurology. Acosta, who has always been fascinated by biology, explored these interests through the UC Irvine School of Medicine’s summer pre-med program.

The NHRP was initiated in 1983 by the College Board to honor outstanding Hispanic/Latino high school students and identify them for colleges and universities.

To be eligible, students must be at least one-quarter Hispanic or Latino, have taken the PSAT in October 2016 and have earned a cumulative GPA of 3.5 or higher by the middle of their junior year. Students must also achieve the minimum required PSAT Selection Index score, which varies by state, territory and region each year.

“These scholars represent the caliber of Gabrielino High School and the District as a whole,” SGUSD Superintendent Dr. John Pappalardo said. “We commend them for their dedication to academic excellence and congratulate them on their national recognition.”

110717_SANGAB_NHRP: Gabrielino High School seniors Alina Zarate, Andreas Bouffard and Felipe Acosta are among the 5,000 Hispanic/Latino students to be named 2018 National Hispanic Recognition Program Scholars. Zarate, Bouffard and Acosta were selected from a pool of 250,000 students who took the PSAT in 2016. 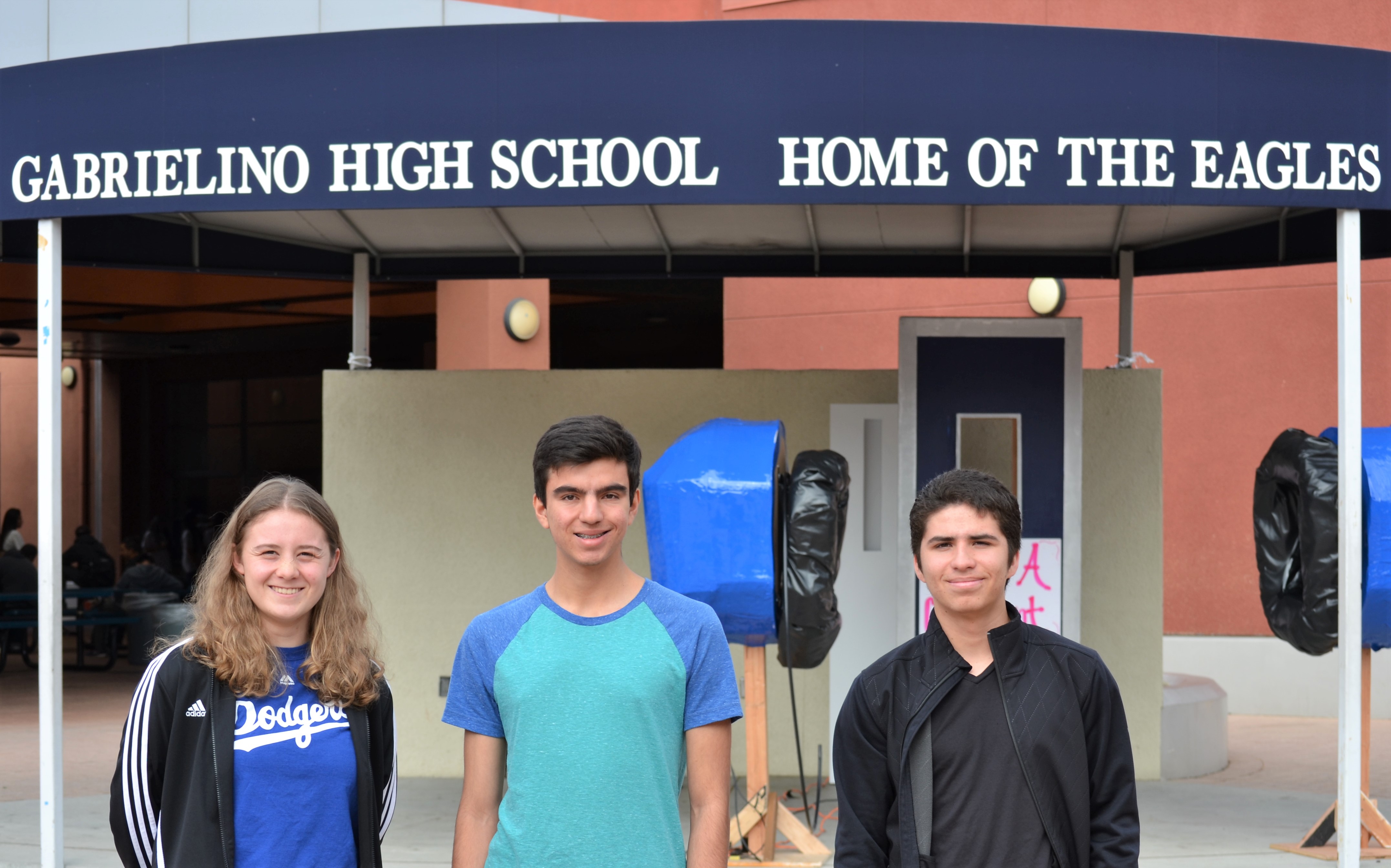