WHITTIER – After a 39-year career as a teacher and administrator in the Whittier Union High School District – including over 14 years as District Superintendent – Sandra Thorstenson has announced she will retire in June 2016.

During her distinguished tenure as an educator, administrator and instructional leader at the local and state levels, Thorstenson has become a renowned force that has successfully instituted a culture of support, collaboration and unity among teachers and staff for the benefit of every single student.

“These 39 years at Whittier Union have been fulfilling, memorable and heart-filled. It has been a joy to be a part of the wonderful strides we’ve made to develop a culture of collaboration that supports student achievement and teacher and staff development,” Superintendent Sandra Thorstenson said. “The success of Whittier Union has always been about collaboration, about talented, deeply committed staff with a powerful conviction that demographics do not determine destiny, and that every decision we make be student-centered. Those core values have deep roots in our District that our Board of Trustees has promoted and stood behind, and our teachers and staff have embraced. There is no question that Whittier Union is special because of the people. I will truly miss everyone here.”

Raised in Whittier since the age of 5, Thorstenson, 60, is a Latina and graduate of Whittier High School and Whittier College. The first in her family to go to college, she earned a Master of Education in educational administration from California State University, Fullerton.

Thorstenson has served Whittier Union in multiple positions since 1977, including assistant superintendent of educational services, principal, assistant principal and classroom teacher. During her tenure, Thorstenson worked in four of the six campuses in the District and was a student and parent at each of the other two schools. As superintendent for more than 14 years, Thorstenson has made it a priority to visit every classroom throughout the District several times a year.

Whittier Union includes five comprehensive high schools, a continuation school, an independent studies program and the Whittier Adult School. Thorstenson has spearheaded the transformation of the District – which serves more than 13,000 mostly Latino high school students and 7,000 adult school students – into a high-achieving district recognized across the nation as a model. Whittier Union has achieved considerable distinction due to the fact that students at every school have demonstrated significant and ongoing increases in achievement on multiple indicators despite 69 percent of students being socio-economically disadvantaged.

The District’s “Whatever It Takes” initiative has focused on setting high expectations for all students, challenging and engaging them regardless of background or previous effort levels, and providing targeted intervention and support integrated into the overall instructional program. The result has been a significant increase in graduation rates and A-G college entrance requirement rates and a significant decrease in dropout rates.

The District’s comprehensive high school graduation rate has been at 96 percent, compared to 80 percent statewide and 77 percent in Los Angeles County. The District’s drop-out rate in 2013-14 was 4.5 percent, well below the state dropout rates of 11.6 percent and the county rate of 12.6 percent. The District has also made great strides among English learners. The graduation rate among these students last year was 82.3 percent, 22.1 percentage points higher than county rates. The dropout rate was 7 percent, nearly 16 percentage points lower than county rates.

In addition, 57 percent of seniors at the comprehensive high schools complete A-G courses required for entrance into four-year universities, and 95 percent are going on to higher education or trade schools.

Under Thorstenson’s leadership, the District is also widely acknowledged for its success in narrowing the achievement gap, with the difference between the traditionally highest and lowest performing students being reduced from 35 percent to 9 percent while raising scores for all students, effectively proving the District mantra that “demographics do not determine destiny.”

In addition to being a strong collaborator, Thorstenson has been recognized for being a thoughtful, positive and energetic leader. Whittier Union’s against-the-odds success has been chronicled in several books and publications and has been recognized by international educational researchers.

Thorstenson has been lauded by her peers for her leadership, including early efforts to implement the new California Standards in Whittier Union, her work supporting the success of English language learners, efforts to build and foster a collaborative culture of high expectations in Whittier Union, coaching of new superintendents and leadership of education efforts such as the Association of California School Administrators’ (ACSA) “One Voice for Students” state initiative.

Appointed by Gov. Jerry Brown, Thorstenson was selected by her peers to chair the inaugural five-member governing board of the California Collaborative for Educational Excellence, which advises, supports and assists school districts and county superintendents in achieving the goals set forth in Local Control and Accountability Plans (LCAPs) that are required under new state funding rules.

Thorstenson said she is looking forward to her retirement and plans on spending more time with her family. The Board of Trustees will determine next steps for appointing the next superintendent. 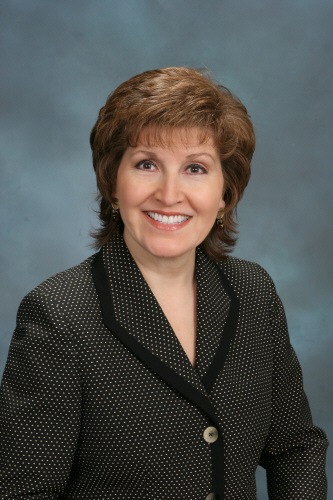