EL MONTE – Over his 11-year teaching career, South El Monte High School English teacher Cesar Castellanos has dedicated his efforts to helping students in and out of the classroom, offering them college readiness and academic support, organizing club fundraisers and coaching journalism and drama students in their respective crafts.

Castellanos, a Rosemead High School graduate, has never wavered from his goal of empowering students and instilling in them the belief that they can achieve anything they set their minds to.

“I want my students to gain a sense of hard work and for them to learn that it takes hard work to go anywhere – whether it’s working at a newspaper or getting into college,” Castellanos said. “I think when we invest time and effort into our students’ lives, we are showing them that they can do anything.”

Castellanos is one of three area teachers to be honored on Thursday, Dec. 14 with the Bobby Salcedo Esperanza Award at the 14th annual Tamalada, a scholarship fundraising event hosted by the El Monte Coalition of Latino Professionals and the El Monte Promise Foundation, a nonprofit dedicated to working with parents, school districts and community groups to cultivate a college-going culture in El Monte.

“I was very surprised to win the award, but it was a very sentimental moment for me,” Castellanos said.

The honor is given to outstanding educators who exemplify Salcedo’s tireless commitment to education, including mentoring students facing hardship and inspiring them to pursue a college education.

“Bobby was a big part of our community and all of the teachers really loved him, so I’ve had dozens of teachers congratulating me on receiving this honor,” Castellanos said. “There is no greater compliment.”

Castellanos, who has been a member of the El Monte Union family since 2011, taught at El Monte High School for two years before moving to South El Monte High School, where he teaches English and journalism and serves as the AVID (Advancement Via Individual Determination) site coordinator.

A respected teacher in the classroom, Castellanos encourages his AVID students to get excited about attending college by scheduling field trips to campuses such as Stanford University, UC Berkeley and UC Santa Cruz. He co-advises the Film Production club and advises the staff of the school newspaper, the Eagle’s Nest.

“We are extremely proud of Mr. Castellanos and the contributions he’s made to the El Monte Union community as a former alum and dedicated teacher who makes a difference in the very classrooms where he learned as a student,” Superintendent Dr. Edward Zuniga said. “Mr. Castellanos perfectly emulates the spirit of Bobby Salcedo, who was determined to see students excel in every goal they set for themselves.”

121517_EMUHSD_TAMALADA: South El Monte High School teacher Cesar Castellanos was honored with the 2017 Bobby Salcedo Esperanza Award at the El Monte Promise Foundation’s 14th annual Tamalada fundraiser on Dec. 14. Castellanos, a Rosemead High School graduate, has been an English teacher at El Monte Union since 2011 and has been recognized for his tireless efforts to ensure students believe in themselves and succeed. 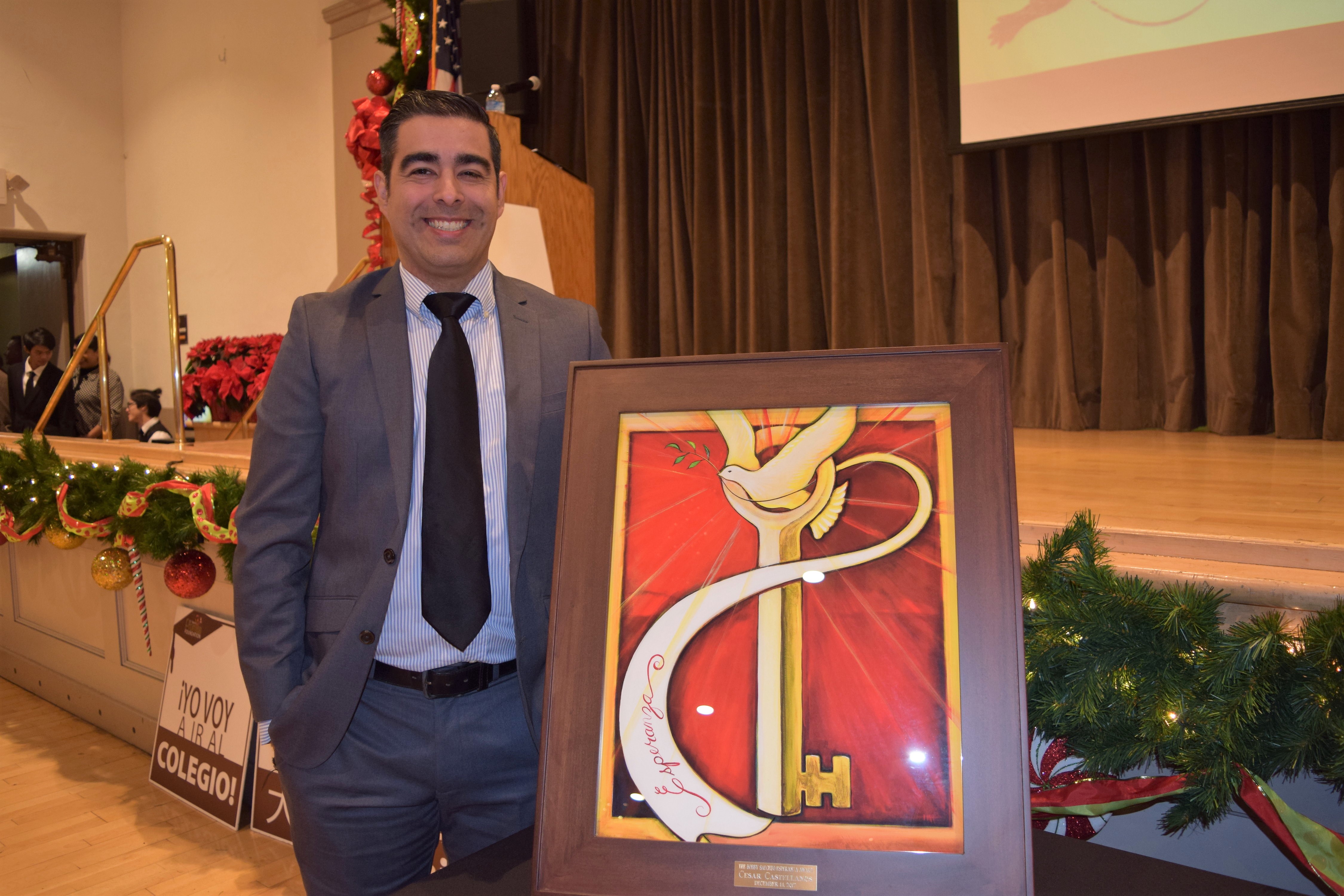