WHITTIER – To drive home the perils of operating a car while under the influence of alcohol or drugs, or driving while distracted, Pioneer High School hosted an “Every 15 Minutes” program that featured a simulated car crash, rescue efforts and the dramatized deaths of students, as well as a vigil and mock funeral for family and friends.

Staged on April 7 and 8, the event was held ahead of prom to ensure students understand the ramifications of driving while distracted before the major school event.

“This is an eye-opening event to show kids that drinking and driving puts everyone’s lives in danger,” said Pioneer senior and Associated Student Body President April Orozco. “It’s important for us all to face reality because if something like this happens in real life, it’s not just you who faces the repercussions – it’s everyone around you, too.”

The day began with a crash in front of the school and a pre-recorded 911 call that triggered an emergency response by law enforcement agencies, firefighters, paramedics and the coroner. The staged crash involved students who were “critically and fatally wounded” and were transported via ambulance to a local hospital, and an “injured” student, who was arrested for drunk driving.

Additionally, a Grim Reaper pulled students from classes every 15 minutes to become one of the “living dead,” representing the number of lives lost to drunken driving. These students did not return to their classes and instead participated in an overnight retreat without contact with family and friends.

A candlelight vigil took place the evening of the first day, honoring the “victims” of the crash. A mock funeral was held the next day, when students watched a presentation of the previous day’s events. The “living dead” were also part of an emotional reunion with family and friends.

“We want to demonstrate the dangers of distracted driving in a very real way, and also stress the importance of driving carefully,” Principal Monica Oviedo said. “This is an important lesson for all of our students and I hope it inspires them to drive responsibly at all times.”

15MINUTES1: With the Grim Reaper looking on, Los Angeles County firefighters attempt to rescue students who “died” during Pioneer High School’s “Every 15 Minutes” program, held April 7-8 to drive home the very real perils of operating a car while distracted.

15MINUTES2: The Grim Reaper and the “living dead” follow a hearse transporting two “victims” during Pioneer High School’s “Every 15 Minutes” program, held April 7-8 to drive home the very real perils of operating a car while under the influence of alcohol or drugs, or driving while distracted. 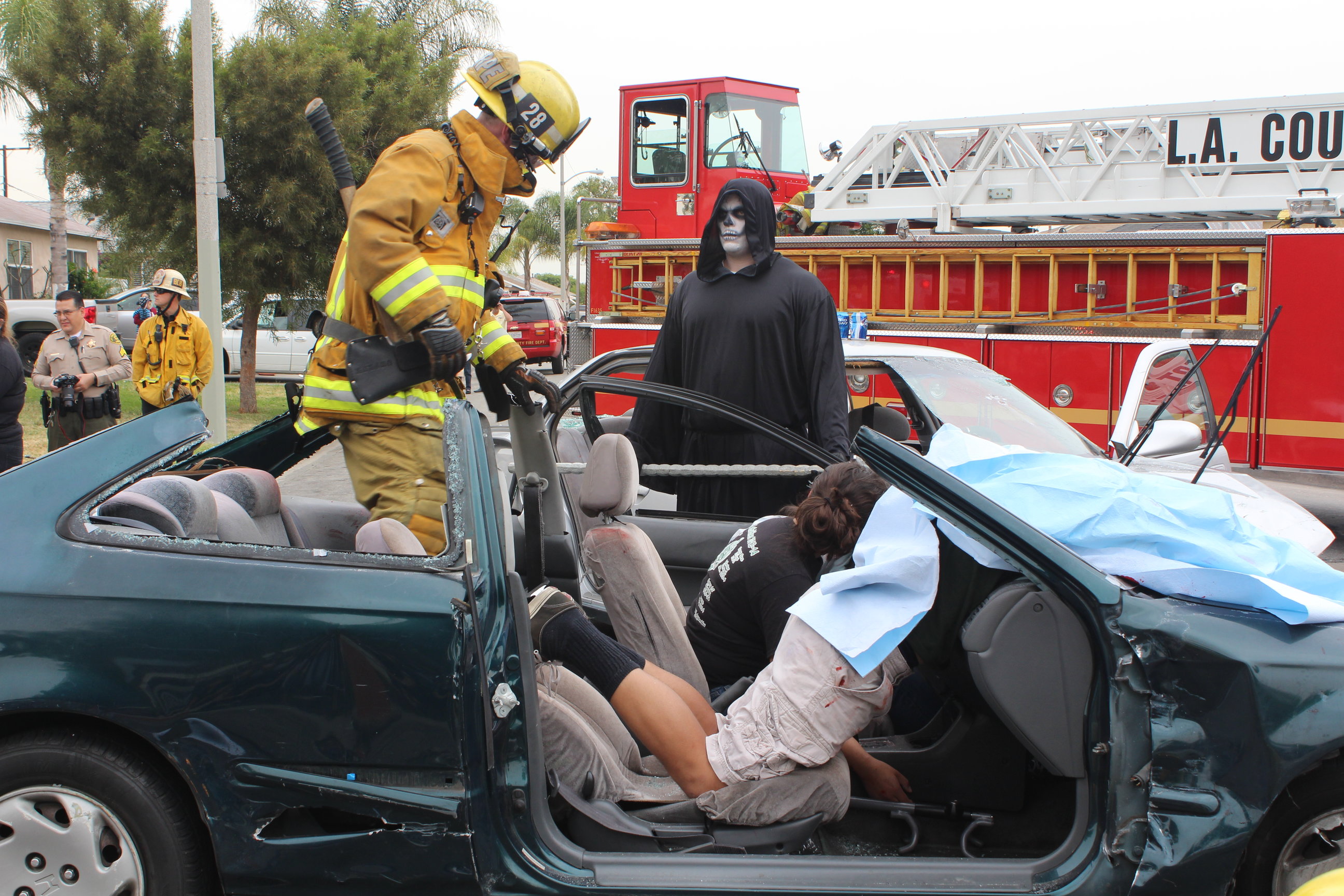 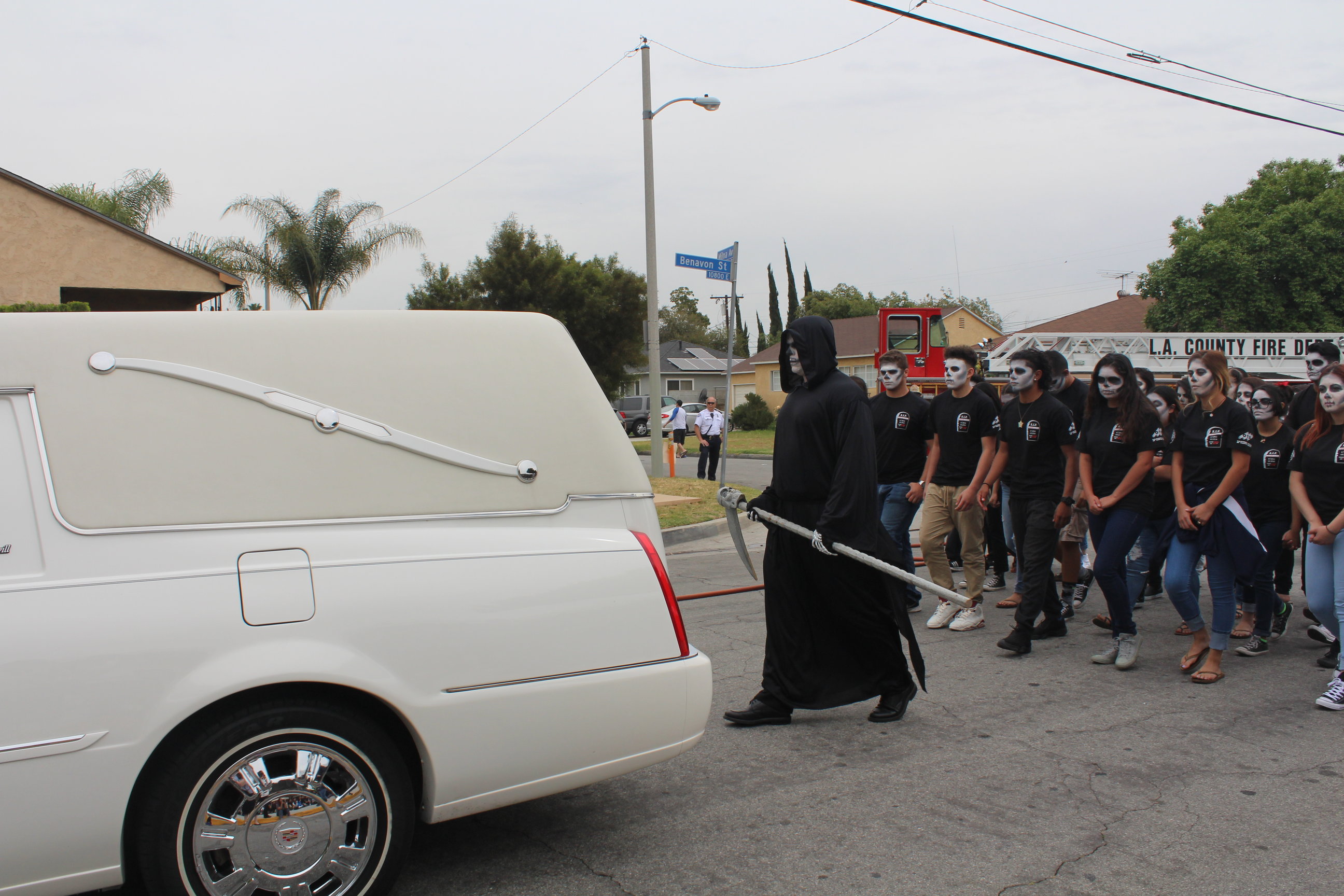