BALDWIN PARK – Broken glass and car parts littered the hot concrete and the motionless body of a student lay half-ejected on the hood of a vehicle – his feet caught where the windshield once was. The Grim Reaper paced the scene of the two-car crash, marking the start of the “Every 15 Minutes” program at Sierra Vista High School.

The two-day program on April 26-27 presented the brutal and unforgiving consequences of driving while under the influence of alcohol or drugs by displaying a trio of scenarios, beginning with a simulated car crash presented to juniors and seniors.

The simulated crash included a mock student arrest, emergency responders accessing the scene and firefighters cutting open totaled vehicles to retrieve survivors. Two student fatalities were declared by a medical examiner, and parents of one of the victims mourned over her body.

“It was very impactful to see the consequence of drunk driving, and even though we know it’s fake it is still scary and emotionally haunting,” Sierra Vista senior Fabiola Gonzalez said.

Throughout the day, the Grim Reaper pulled 12 selected students from classes to become the “living dead,” representing lives lost to drunk driving. Faces painted white and eyes blacked out, the students gathered by the simulation and later participated in an overnight retreat to reflect on the event and to write letters to family and friends.

“I can see and hear the shock from my friends when they notice my face,” said Krisnor Carrillo, a senior and one of the “living dead.” “I hope today can affect at least one person because it will be one less person making a deadly mistake.”

On April 27, students gathered in the gym to watch a short film that began with Sierra Vista High students talking about college acceptances, and their hopes and excitement for the future. The scene took a quick turn when the celebrating included underage drinking.

The screen went black amid the sounds of cars colliding, followed by flashing images of the simulated crash. The dramatization continued at Kaiser Permanente Hospital with one of the injured students dying and the other becoming paralyzed. The film concluded with the arrest and booking of the drunk driver and the words “choose to live.”

A mock funeral was held for students killed in the simulated crash. Participating students solemnly walked through the gymnasium, a white casket in tow.

Two student participants and their parents read letters of loss and regret, as they imagined the impact of being involved or affected by drunk driving-related crashes.

Guest speaker Joshua Jahn said he wanted to share his personal story of loss to give life to the people behind the statistics. Jahn’s wife, 3-year-old son and 11-month-old daughter were killed when a drunk driver going more than 70 miles an hour hit his family’s car. He now works to bring meaning to their deaths and to prevent similar devastations in the future.

“As law enforcement officers, we respond to the aftermath of a tragedy, with this program we try to prevent these tragedies from ever taking place,” Baldwin Park police spokesman Rodrigo Jimenez said. “There is no better program to affect and influence new and future drivers to keep them safe and smart.”

BPUSD_Every_1: Sierra Vista High School kicked off an “Every 15 Minutes” two-day program on April 26 with a simulated drunk car crash involving student participants and Baldwin Park emergency medical and law enforcement responders. Selected students were taken from class by the Grim Reaper and given face makeup to represent lives lost to alcohol-related crashes.

BPUSD_Every_2: Los Angeles County firefighters demonstrate the dark reality of removing victims from automobiles totaled on impact for a simulated crash during Sierra Vista High School’s “Every 15 Minutes” program on April 26. Equipped with saws and the Jaws of Life, firefighters remove doors to retrieve injured students.

BPUSD_Every_3: Emergency medical technicians (EMT) reenact their response to a car collision on April 26 at Sierra Vista High School’s “Every 15 Minutes” program. One EMT demonstrates CPR on a participating student, while her parents were kept back by police.

BPUSD_Every_4: The Grim Reaper surveys the destruction at the “Every 15 Minutes” program’s drunk driving crash simulation at Sierra Vista High School on April 26. Juniors and seniors watch as medical and law enforcement responders deal with the dramatization as if it were a real-life call. 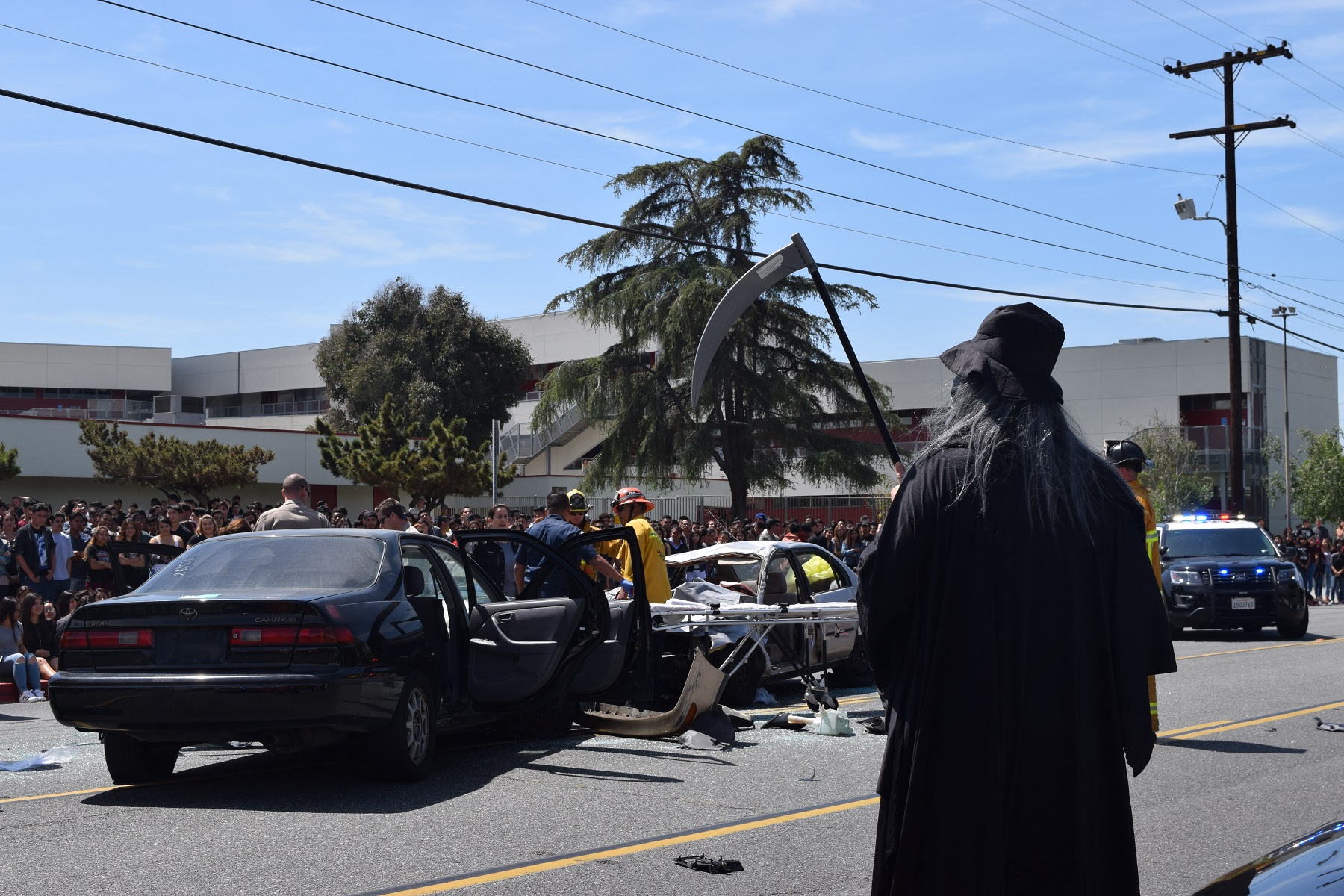 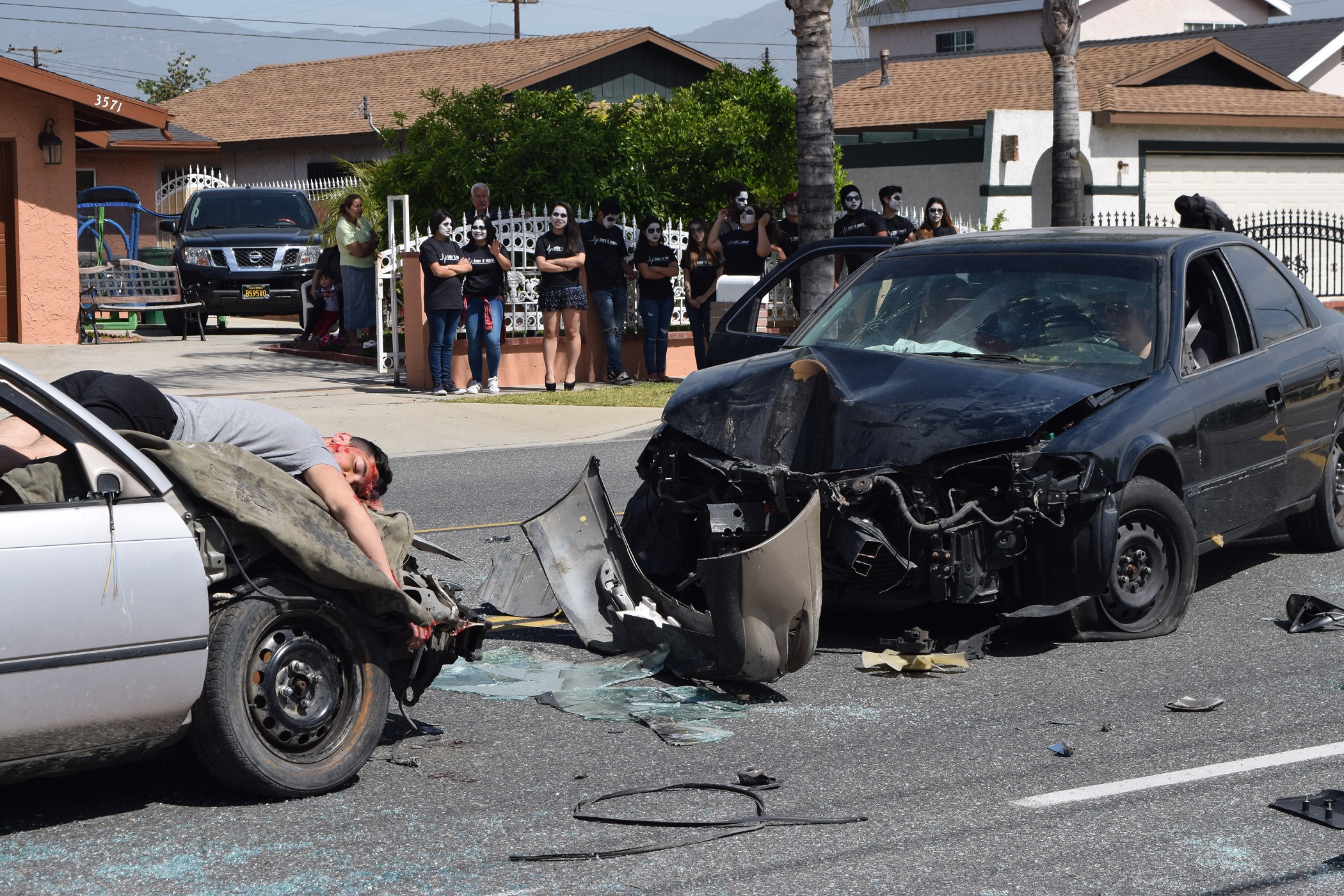 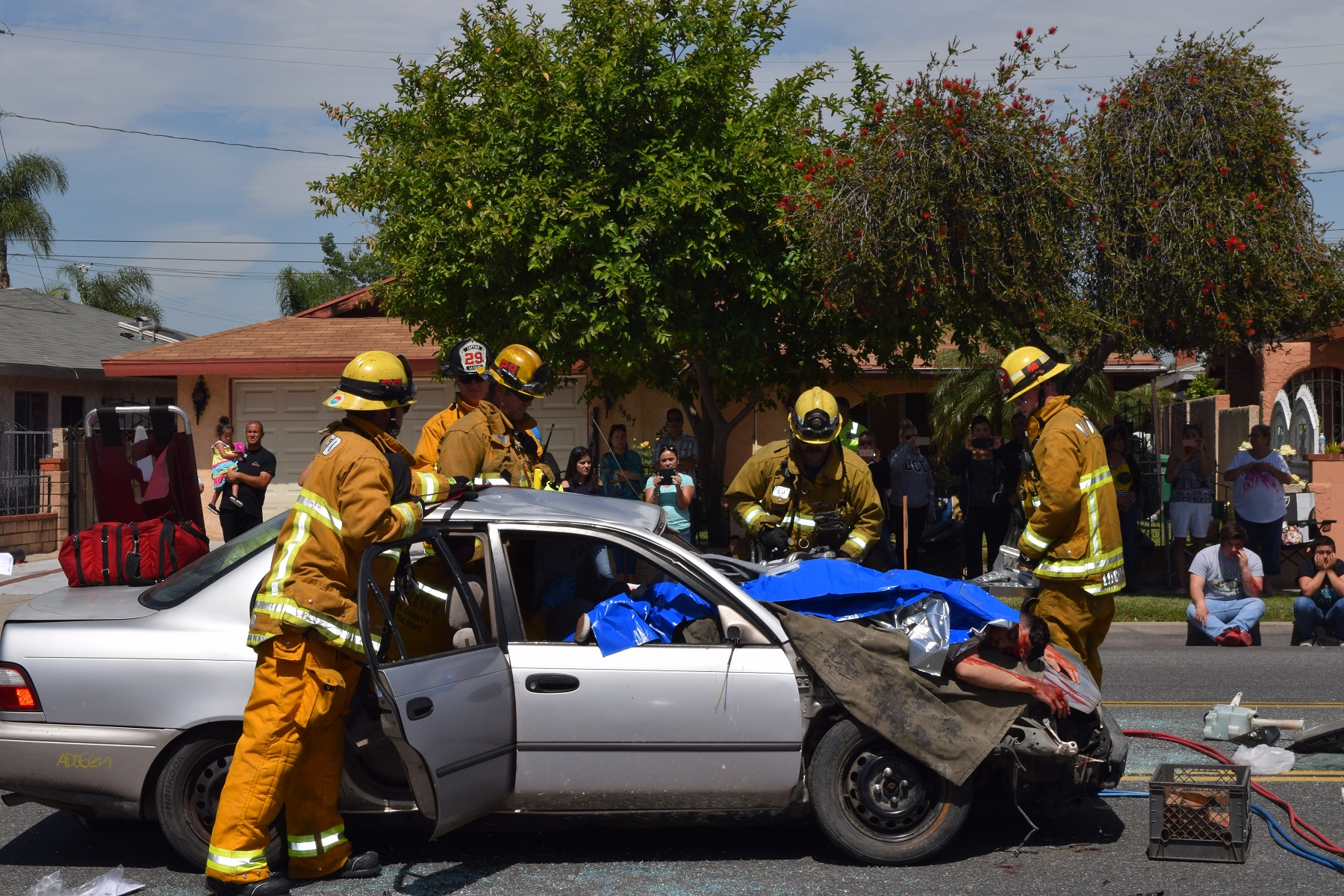 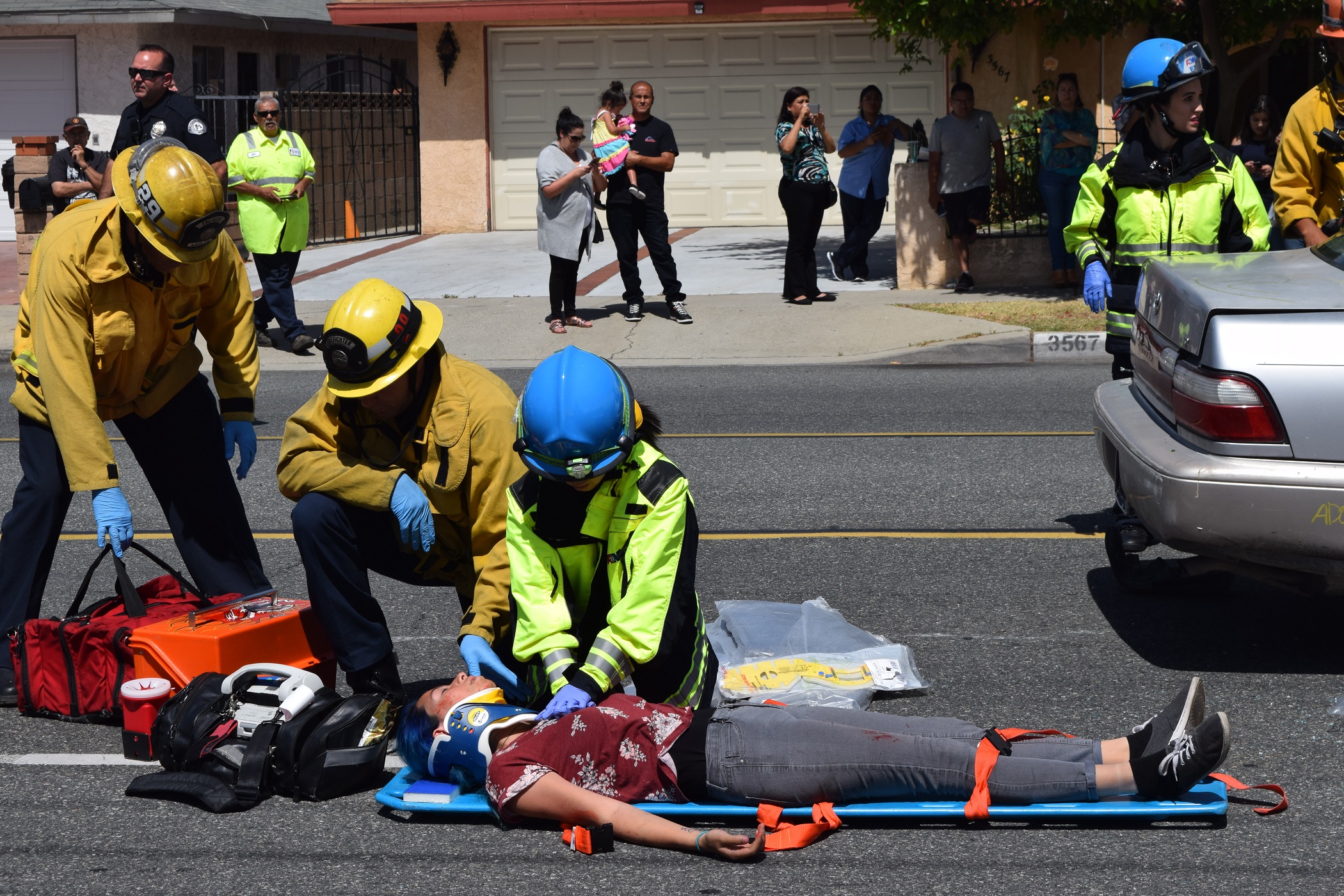