LAKEWOOD – Los Angeles County sheriff’s deputies, Esther Lindstrom Elementary leaders and classmates recognized fifth-grader Diego Ulloa on Dec. 15 for raising $1,000 for the deputies as a thank-you for the protection they provide to his family and their local business.

Diego sought donations from the Bellflower Noon Lions Club – where his father is a member – on three separate occasions. He also knocked on more than 20 doors in his Bellflower neighborhood to help his cause over the last two months.

“Diego is a dedicated and passionate child,” Lindstrom Principal Bonnie Carter said. “I’m so proud of his accomplishment – it’s a great example for all our students.”

During the assembly, sheriff’s officials from the department’s Lakewood Station presented Diego with a sweatshirt and pennant. The station serves Bellflower, where Diego’s family operates a car dealership.

“I’m really grateful for the deputies,” said Diego, 10. “Whenever we have a problem, they always come and take care of it. I wanted to be sure they had the latest equipment.”

The funds will be used by the department to buy tactical gear. The donation is enough to supply one officer.

“Diego’s civic engagement is one of the best lessons we could teach any of our students, and a great example of the type of community-focused education we pursue at Bellflower Unified,” said Superintendent Dr. Brian Jacobs.

Caption: Lindstrom Elementary fifth-grader Diego Ulloa, 10, shows the Certificate of Achievement he received at a Dec. 15 assembly honoring him for raising $1,000 over the last two months for the Los Angeles County Sheriff’s Department. 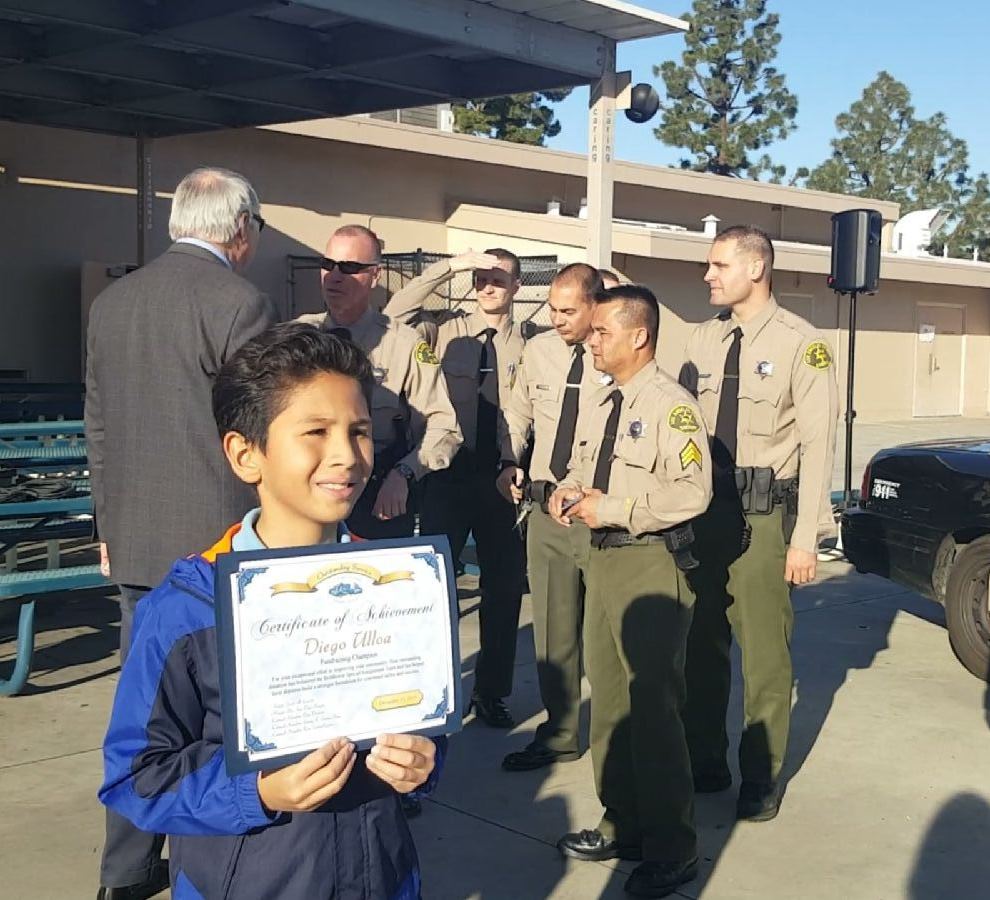