WHITTIER – Anthony Ayala held his breath as he strode onto the Main Stage of the sold-out auditorium in Lincoln, Nebraska, facing the International Thespian Festival judging panel and ready to deliver two short monologues, each evoking both laughter and pathos. These were the finals and the recent Santa Fe High graduate was nervous. One judge noticed and immediately deducted a point.

Ayalya quickly recovered, mesmerizing the crowd and judges alike with a near-perfect performance. After exiting the stage to a tremendous ovation, Ayala was selected as one of 2015’s top three high school monologists by the Educational Theater Association, the nation’s preeminent professional association for theater education.

“Anthony takes a challenge and goes for it,” said Santa Fe High School theatre arts instructor Alison Johnson. “I have never seen anyone quite like him, with extraordinary talent and the drive to succeed. He set a goal to win the ‘Main Stage’ at the festival, and he achieved it.”

The accolades awarded to Ayala at the June festival, which took place at the University of Nebraska-Lincoln, marked the culmination of a distinguished portfolio of work at Santa Fe, from the starring role in “Macbeth” to student director of plays. He has also earned high marks at several competitions organized by the California Educational Theatre Association (CETA).

To Ayala – who also does improvisational comedy and sings in a rock and roll band – self-doubt and nerves pervade all stage performances, but there is nothing that cannot be overcome.

“Every day during ‘Macbeth’ I was convinced I couldn’t do it,” said Ayala, who will study theater arts at Cal State Fullerton this fall. “At a certain point, you tell yourself it doesn’t matter; if you think you can do it, you’re going to do it.”

Johnson’s impact on Ayala has been profound. He had never acted prior to attending Santa Fe, but by his sophomore year, he was being cast in lead roles and developing into a standout monologist. At Johnson’s urging, Ayala entered a series of performance competitions throughout the state, each time walking away with a top award.

Developing talents has been Johnson’s passion since she was hired at her alma mater in 1990. Johnson, whose father taught at Santa Fe for 30 years, has been greatly involved in CETA and its various affiliates for more than 20 years. Since 1999, Johnson has sat on the board of the California State Thespians (CST) and is student board liaison at its annual spring festival.

It was at the 2015 CST festival in March at Upland High School where Ayala’s monologues – one taken from Shakespeare’s “Coriolanus” and the other from “The Diviners” by Jim Leonard – received the 90-plus percent scores that qualified him for the International Thespian Festival competition.

“Alison Johnson’s work on behalf of her theater students has been phenomenal,” Santa Fe High School Principal Kevin Jamero said. “Her passion for theater and excellence has helped strengthen our performing arts programs and led students like Anthony on a path to success.”

In September, Ayala auditioned for and won a California Youth in Theatre scholarship and traveled to Sacramento with Johnson to meet with Assemblyman Ian Calderon and Senator Tony Mendoza to advocate for arts education.

Initially nervous and excited, Ayala spoke eloquently of what having theater in his life meant to him.

“You can’t take any performance lightly,” Ayala said. “You never know who you are inspiring.”

AYALA: Anthony Ayala performs as Man in Chair in the Santa Fe High School production of “The Drowsy Chaperone.” The talented Ayala in June was recognized as one of 2015’s top three high school monologists at the International Thespian Festival held in Lincoln, Nebraska. 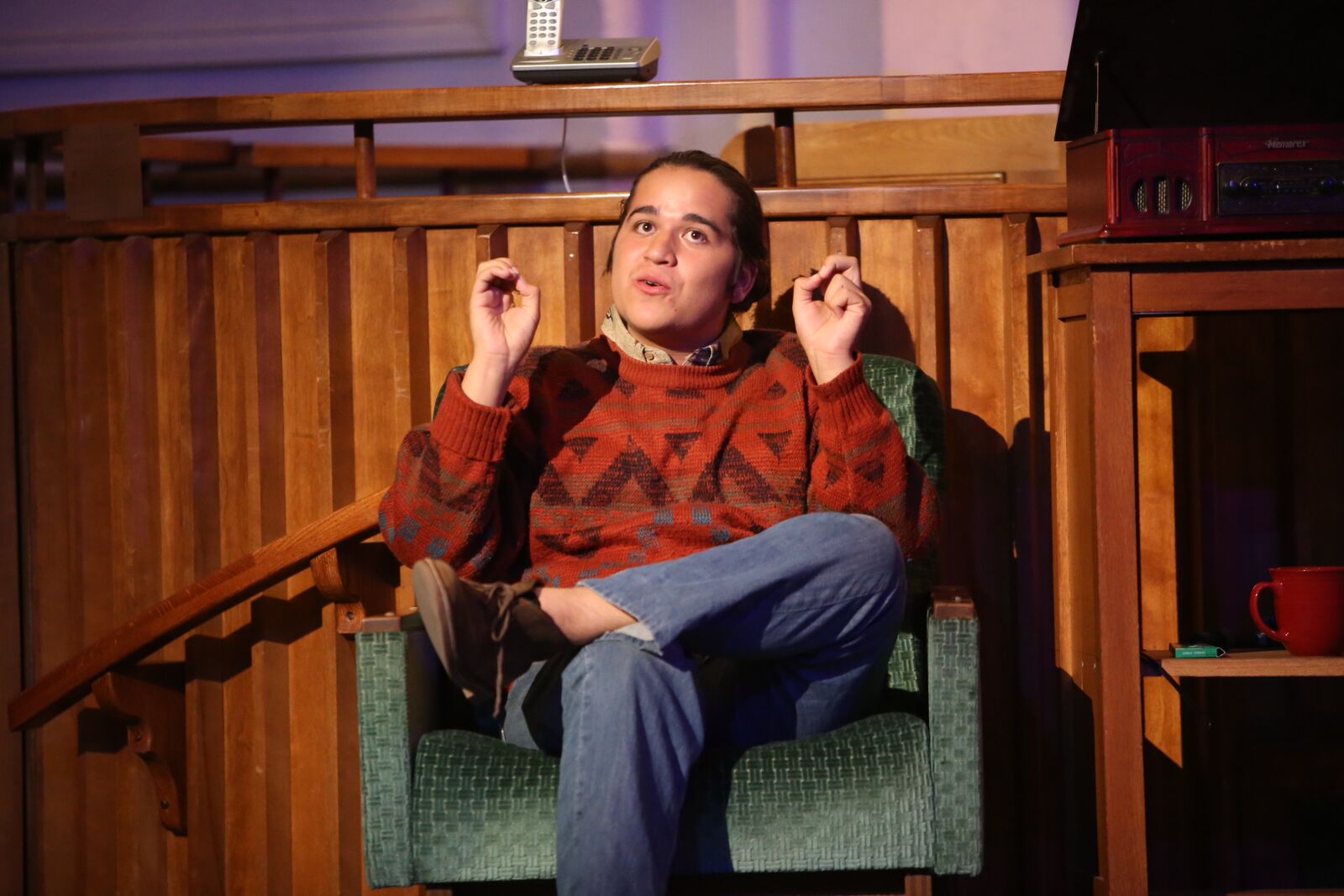