Students from SYSD’s La Mirada Elementary with perfect attendance during the first week of school entered to win a pair of tickets for themselves and a parent to Viva La Lucha: Live In The 619. Seven winning names were pulled from a mix of fourth-, fifth- and sixth-graders.

“I already like coming to school but prizes like this make it even more fun,” La Mirada Elementary fourth-grader Elizabeth Carrara said.

Mysterio himself handed out winning tickets after addressing the students with his own childhood experiences and encouraged them to keep up the good work and follow their dreams.

“I’m excited for the tickets because I’ve watched Rey Mysterio on T.V. and now I get to see him wrestle in person,” La Mirada Elementary fifth-grader Luis Chavez said. “I’m going to do my best to not miss school this year.”

“We want to promote perfect attendance; all of the kids at La Mirada who have been here since day one were able to participate in this giveaway,” Student and Family Services Manager Veronica Medina said. “We want to encourage students to come to school by showing them that we have great incentives for them if they come to school daily.”

This year, the District is focused on continuing the successful implementation of a diverse array of programs aimed at providing students with the tools to succeed academically.

“We will explore any form of motivation to evoke excitement in our students about coming to school and learning,” San Ysidro School District Superintendent Dr. Julio Fonseca said. “We are happy to create a fun yet academically fulfilling learning environment.”

“It’s great to see an athlete like Rey Mysterio give back to the community and his hometown,” Board President Marcos A. Diaz said. “The District’s staff has been doing a tremendous job creating community partnerships with the academic success of our students in mind.”

SYSDMYSTERIO2: La Mirada Elementary fourth-grader Elizabeth Carrara is one of seven students who won tickets to Viva La Lucha: Live In The 619 during a school visit by Rey Mysterio. 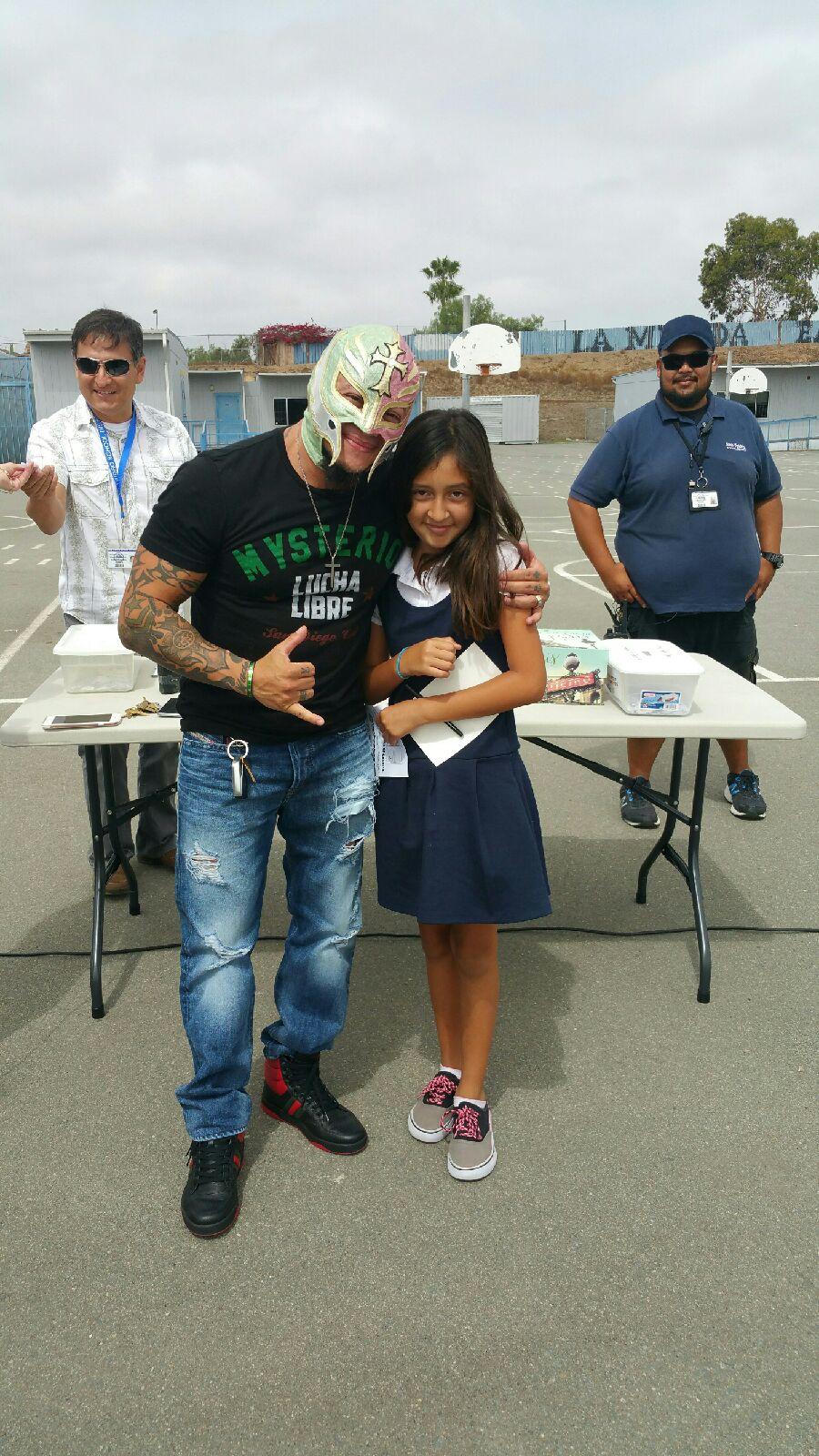 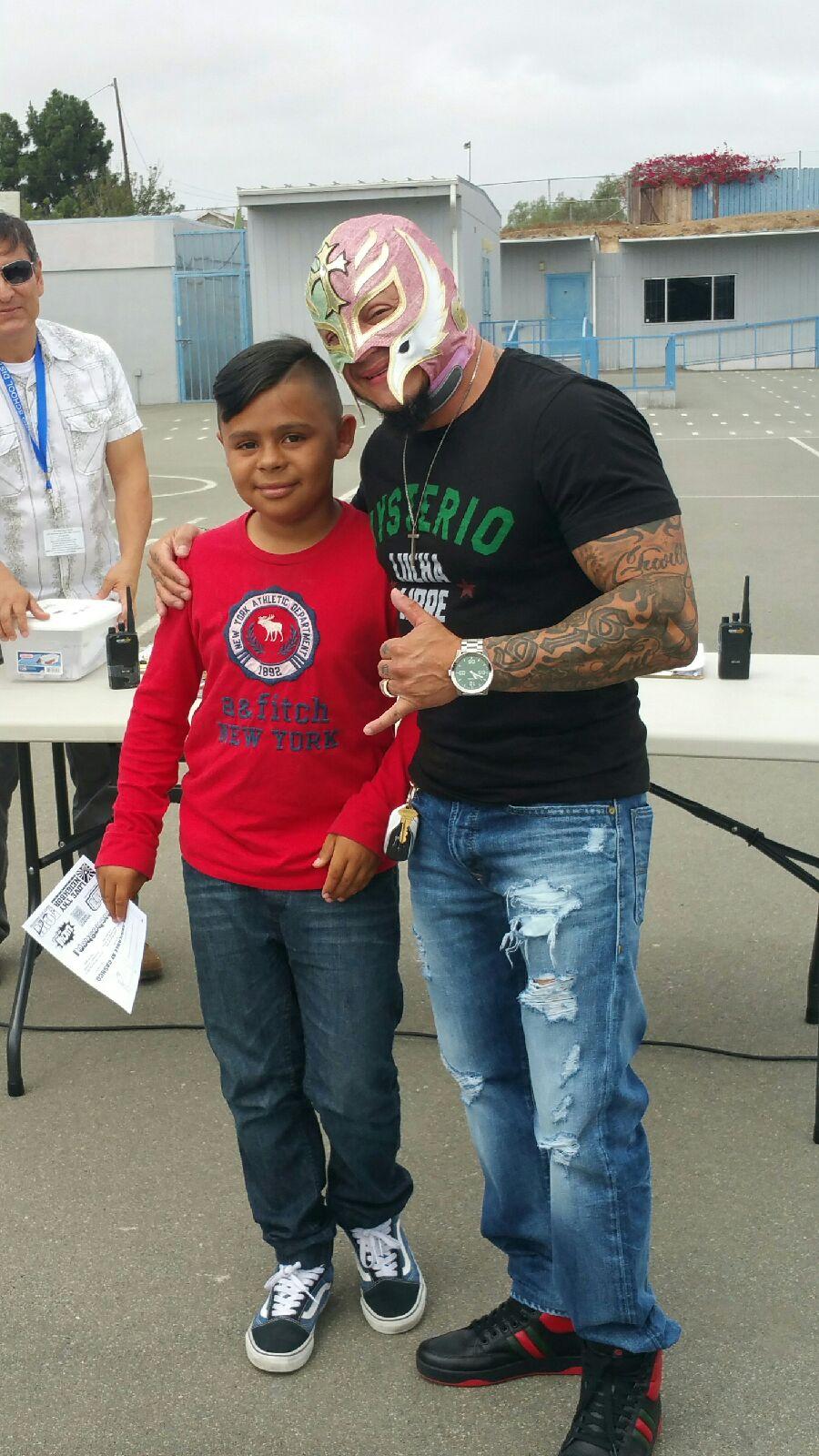 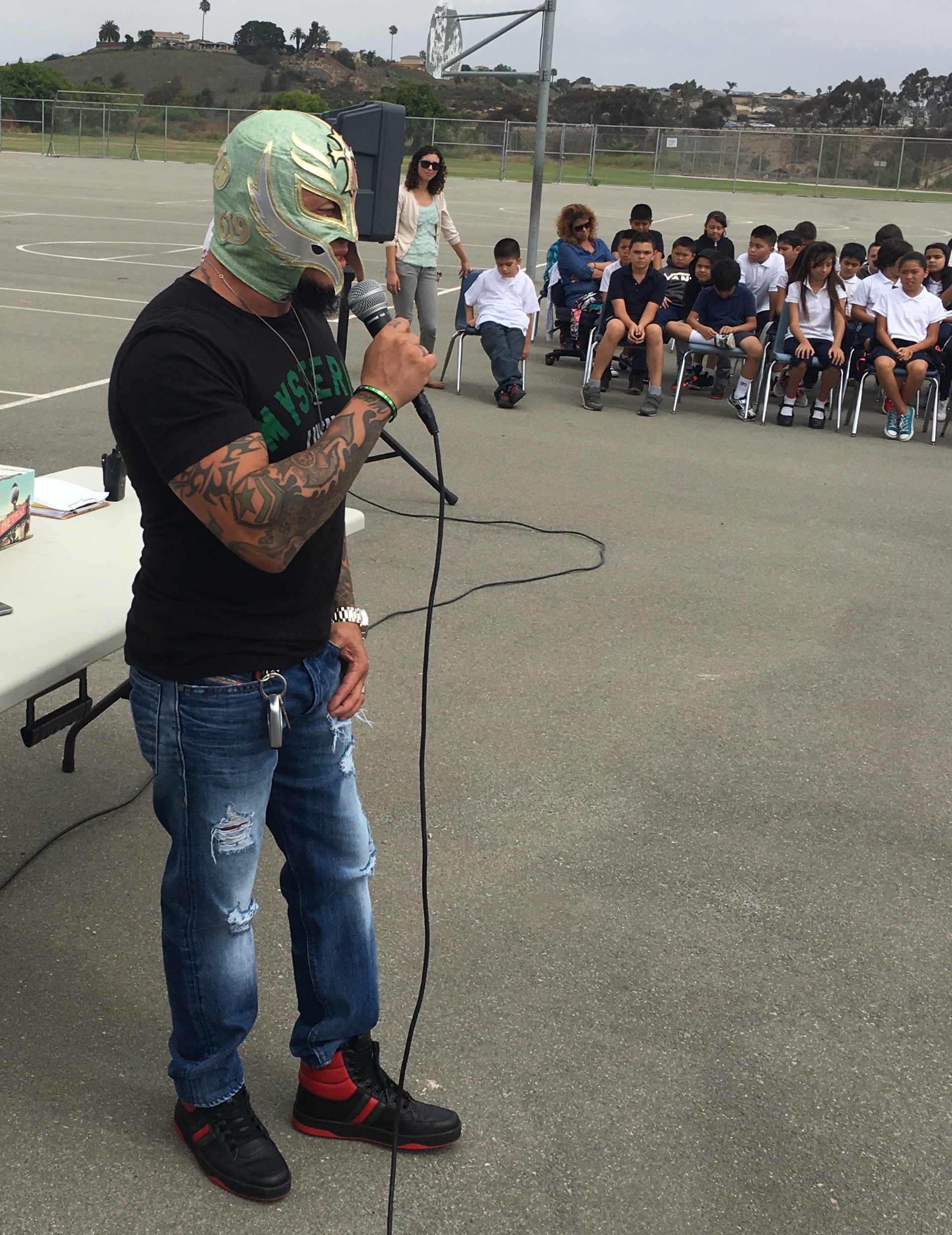