SAN GABRIEL, CA – Gabrielino High’s acclaimed speech and debate team scored several major accolades at the 2017 National Speech and Debate Tournament, including a fifth-place title in the international extemporaneous category, an excellence award for top 20 placement and a lifetime achievement award for total of competitive national rounds over the program’s 23-year history.

Gabrielino High was honored at the tournament, held from June 18-23 in Birmingham, Alabama, with the Bruno E. Jacob Award for its years of excellence at the national level, shining a light on the school’s 1,773 national competition rounds.

“The Bruno E. Jacob Award is named after the founder of the National Speech and Debate Association and is therefore considered the highest of all speech accolades,” Gabrielino speech and debate adviser Derek Yuill said. “It’s a testament to all of the students and coaches we’ve had over the past two decades – this is an award that is shared by everyone who has served on this team.”

Gabrielino High is one of 78 schools to win the award since 1936, beating the previous year’s winning point value by 100 points.

Schools receive one point for each student in each round at the national tournament; once a school achieves the award its total is reset, making the award difficult to earn.

Yuill said that even tornado warnings were not enough to rattle his students as their unwavering focus and professionalism earned them a National Speech School of Excellence Award, an honor given to the top 20 schools at the national tournament, for finishing seventh overall in the tournament.

Speech and debate co-captain Tim Chung earned fifth place in the international extemporaneous category for his speech about rising concerns about conflicts brewing in the East China Sea.

“Finishing in the top five at the national tournament was an exciting feat that concluded my high school speech and debate career on a good note,” Chung said. “As with all things that are good, they must come to an end but I was fortunate enough to be able to finish at the national level.”

Chung, a graduate of Gabrielino High’s class of 2017, will attend UCLA in the fall to study biology. 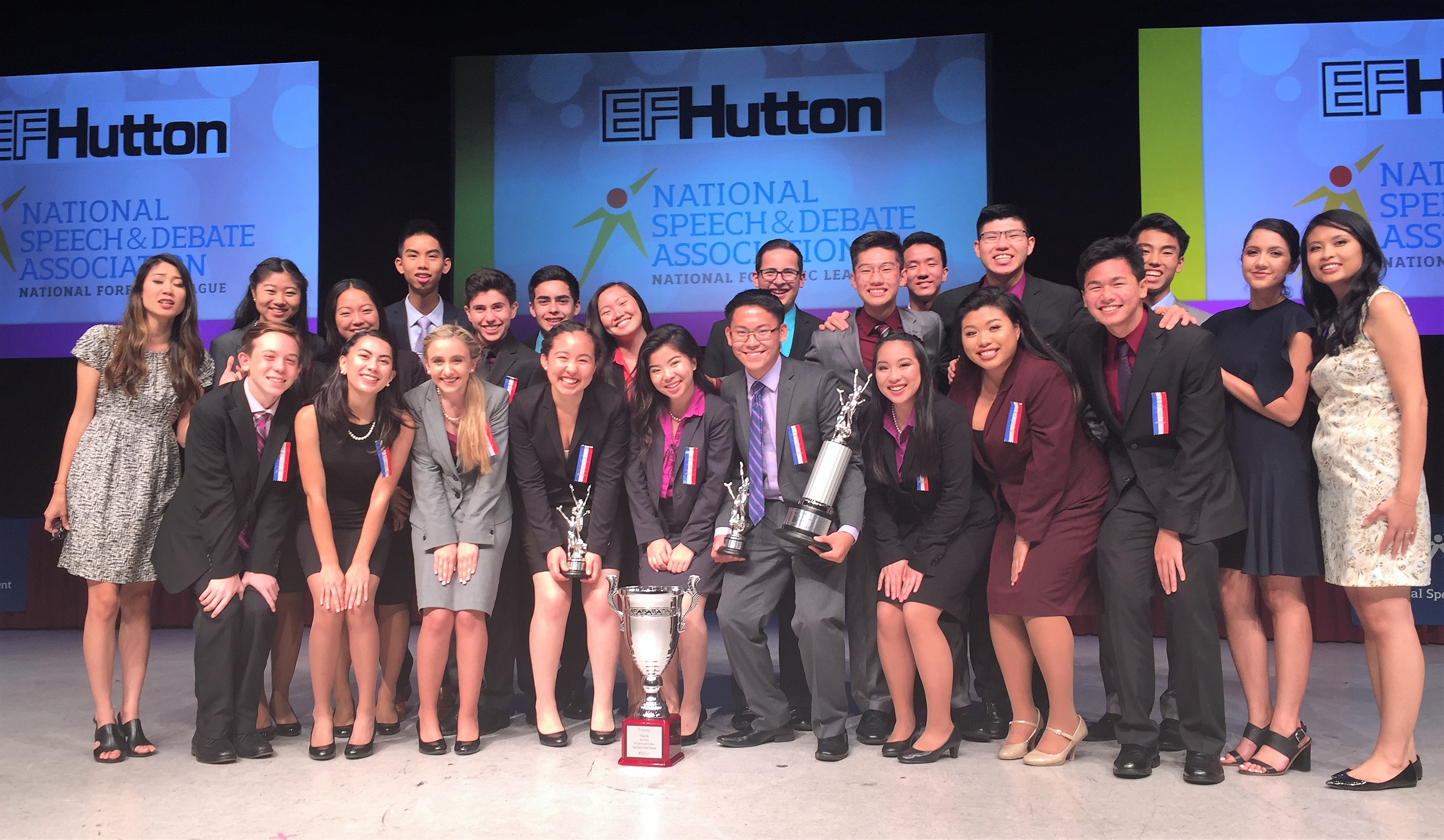