SAN GABRIEL, CA – Incoming Jefferson Middle School sixth-grader Melanie Olmedo was nervous about middle school, but said her anxieties eased after she attended her first meeting for Where Everybody Belongs (WEB), the school’s peer mentoring program.

“I was a little nervous to come here, more nervous than I am now, but now that I see everyone getting along it’s comforting,” Olmedo said. “I feel like everyone here is making an effort to show the new students that we can all be friends and meet new people.”

The Aug. 11 event focused on creating a welcoming environment for the school’s incoming 389 sixth-graders before school starts Aug. 21, led by Assistant Principal Ivonne Contreras, her staff and volunteer eighth-grade leaders. The sixth-graders took part in ice-breaker activities, toured their new school and finished the day with a pizza lunch.

Principal Matt Arnold and Contreras started the WEB program after learning about the Boomerang Project, a peer mentoring and student transition program. In 2015, Contreras enlisted the help of three sixth-grade teachers to receive WEB program training to learn how to incorporate and oversee the program’s mentoring strategies between students as well as set program goals. This marks the third year Jefferson has hosted the program.

“We felt that Jefferson Middle School contained a great deal of student leaders. Therefore, we wanted to afford such students an opportunity not only to lead, but to also assist our staff in promoting a positive and caring school climate,” Contreras said. “We wanted a program that could give our eighth-graders a sense of responsibility while teaching their younger classmates how to be happy and successful throughout middle school.”

Before the start of each school year, the school’s incoming eighth-graders are treated to three days of training to learn the program’s activities and problem-solving techniques to prepare them for a year’s worth of interactions.

Once the school year begins, the school’s 135 eighth-grade volunteer leaders hold monthly 45-minute meetings with groups of sixth-graders. These meetings allow the eighth-graders to bond with underclassmen while speaking about a range of topics, including domestic problems, bullying, teamwork, conflict resolution and responsibility.

Contreras said the administration’s immediate goals for the WEB program, besides encouraging more participation from eighth-graders, are to increase meeting times to twice a month and to apply for more grants to pay for materials, training and rewards for student volunteers.

“Jefferson Middle School’s Where Everybody Belongs program is an amazing example of teamwork and camaraderie that strengthens student morale,” SGUSD Superintendent Dr. John Pappalardo said. “Giving these students the chance to mentor others and learn responsibility is an important step for creating future student leaders.”

081617_SANGAB_WEB1: Jefferson Middle School Where Everybody Belongs eighth-grade leader Connie Yuan (center) and a group of sixth-graders steady straws between their interlaced arms and hands, symbolizing how they must work as a team and support each other to accomplish their goals. 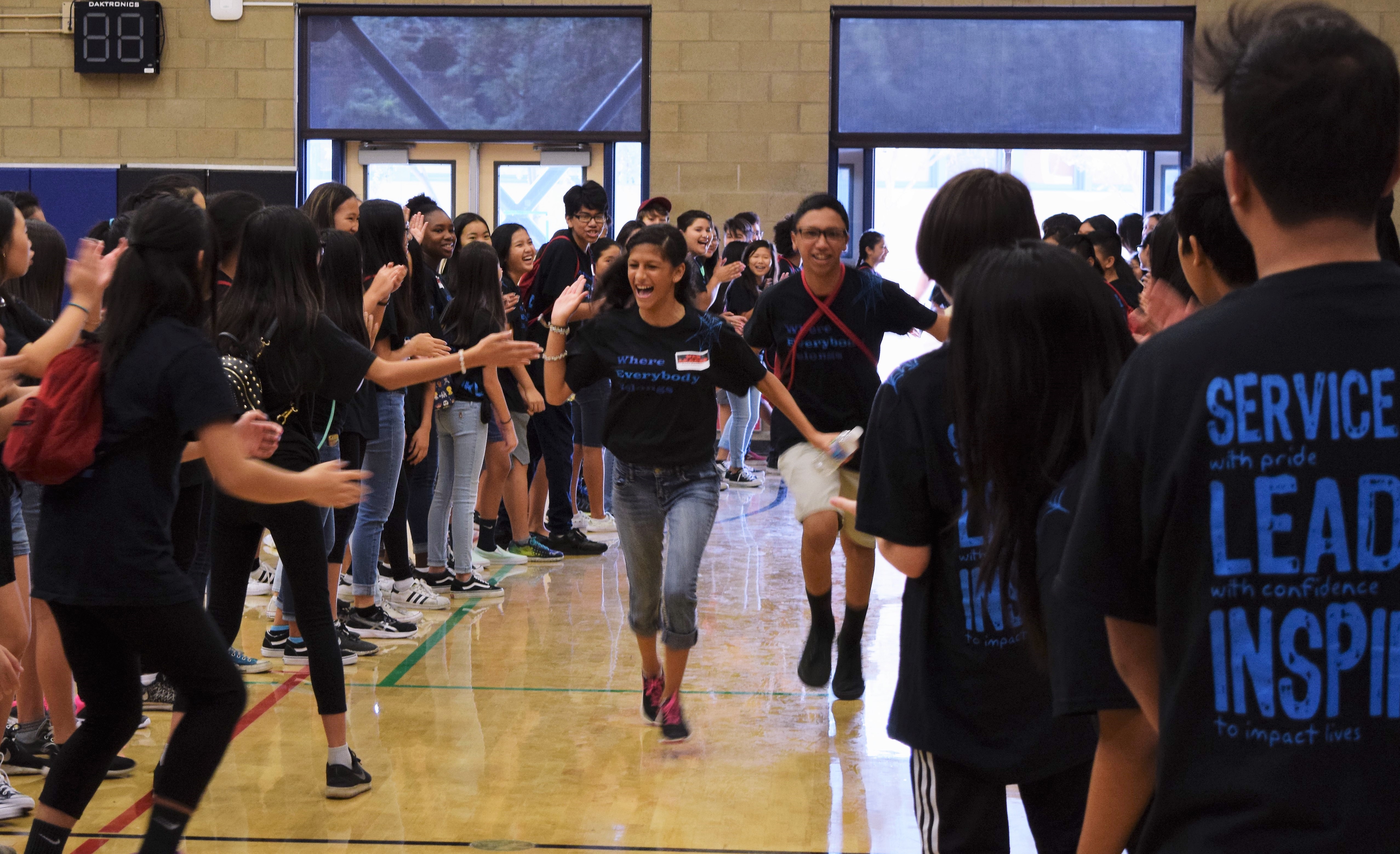 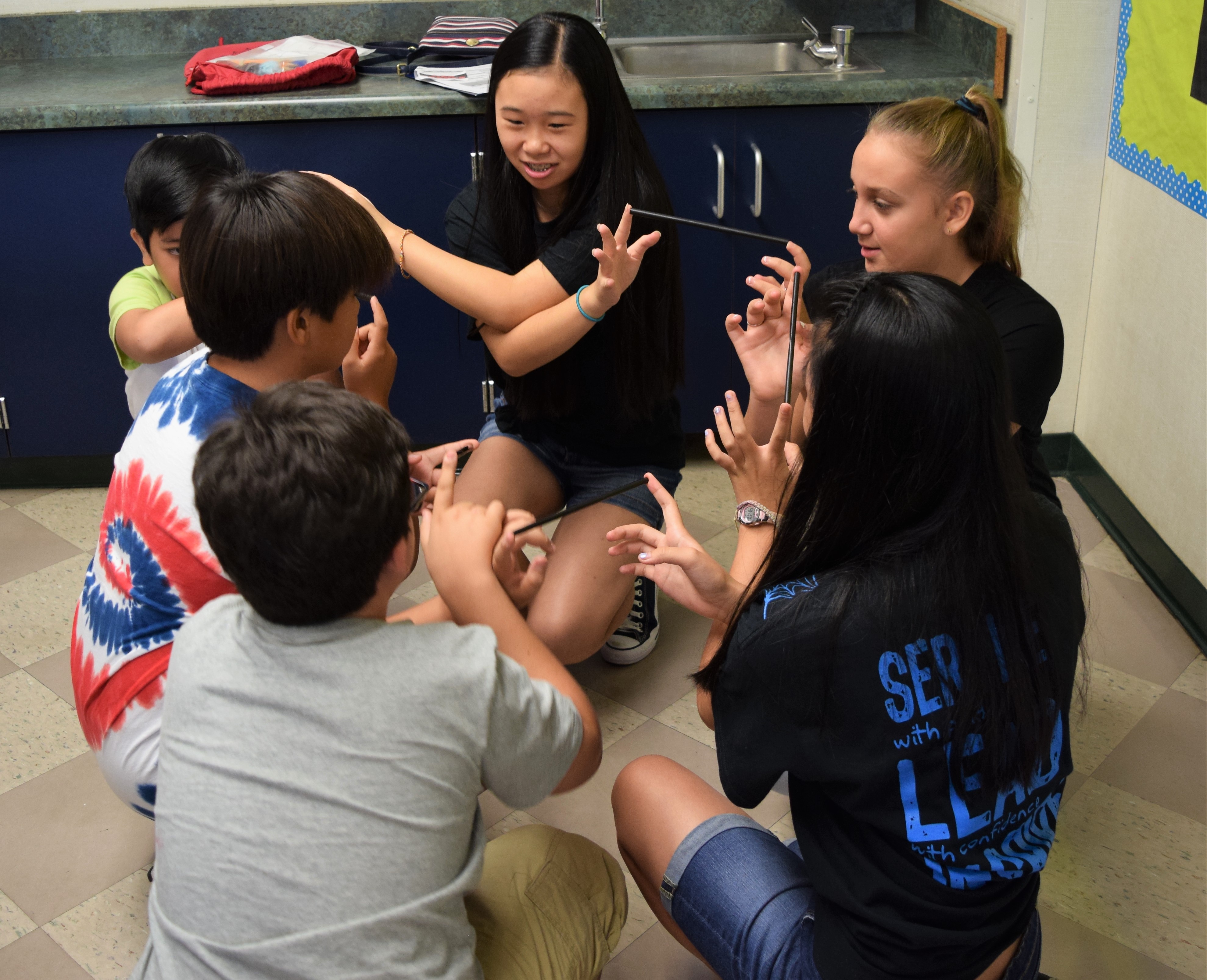