SAN GABRIEL, CA – Patients at the City of Hope in Duarte and senior citizens at the Royal Vista Center in San Gabriel received an early Christmas gift on Dec. 8, when students from Jefferson Middle School’s concert choir group visited both locations to belt out holiday tunes.

The group of 32 middle school singers held the performances as a way to bring some holiday spirit to the sick and elderly. The students performed in the lobby of Helford Hospital and the children’s ward before visiting Royal Vista in the afternoon.

Jefferson music teacher and choir director Rachel Chew said the performance was created to mesh with the school’s project-based learning (PBL) instruction by showing students that singing can have real-world use by inspiring people in a time of need.

“I really want my students to understand that the actions they do can go beyond the classroom – we want to teach them about how music can reach out to people and how they can heal with it,” Chew said. “Music reaches across many languages and in the big picture of things, we want them to understand that music is global and that it can impact the community.”

During both performances, the choir sang a variety of popular holiday songs, including “Silent Night,” “Jingle Bells,” “Angels We Have Heard on High,” and “Joy to the World.”

“We are extremely proud of our choir members for performing at City of Hope and Royal Vista – we know their musical talent gave a great deal of people hope this holiday season,” SGUSD Superintendent Dr. John Pappalardo said. “We aspire to have all our students demonstrate this degree of philanthropy by using the skills they learned while attending schools in our District.”

Chew said City of Hope was chosen because of its specialization in cancer treatment and because it is where Jefferson Middle School special education teacher Kenna McRae Fukuyama’s husband, Michael Fukuyama, received treatment before he died earlier this year.

“I think singing for the sick and elderly is nice because some of them might not have any family to visit them during the holidays,” Eighth-grader Paige Dance said. “Our visit and music can bring these people some happiness.”

San Dimas resident Lorena Martinez, who was visiting City of Hope during the performance, said it was inspiring to see the Jefferson Middle School students giving their time to perform for hospital patients.

“I thought it was amazing,” Martinez said. “I think more schools should do this sort of thing because people in the hospital need this – they need to feel laughter and cheer in their lives.”

121117_SANGAB_HOPE1: Jefferson Middle School’s concert choir group poses following a performance at the City of Hope Helford Hospital lobby on Dec. 8, where students sang a variety of well-known holiday songs, including “Silent Night,” “Jingle Bells,” “Angels We Have Heard on High,” and “Joy to the World.” 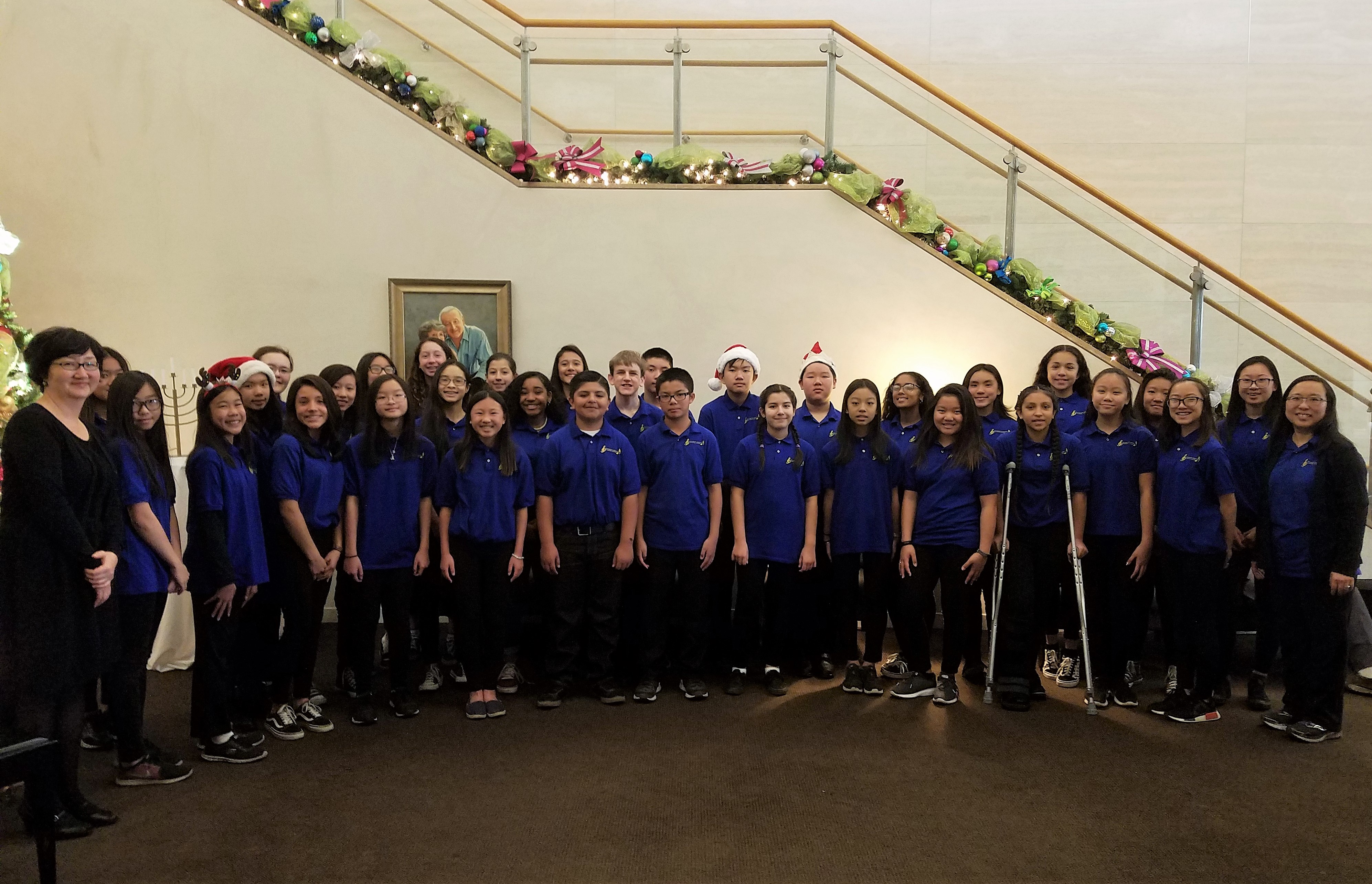 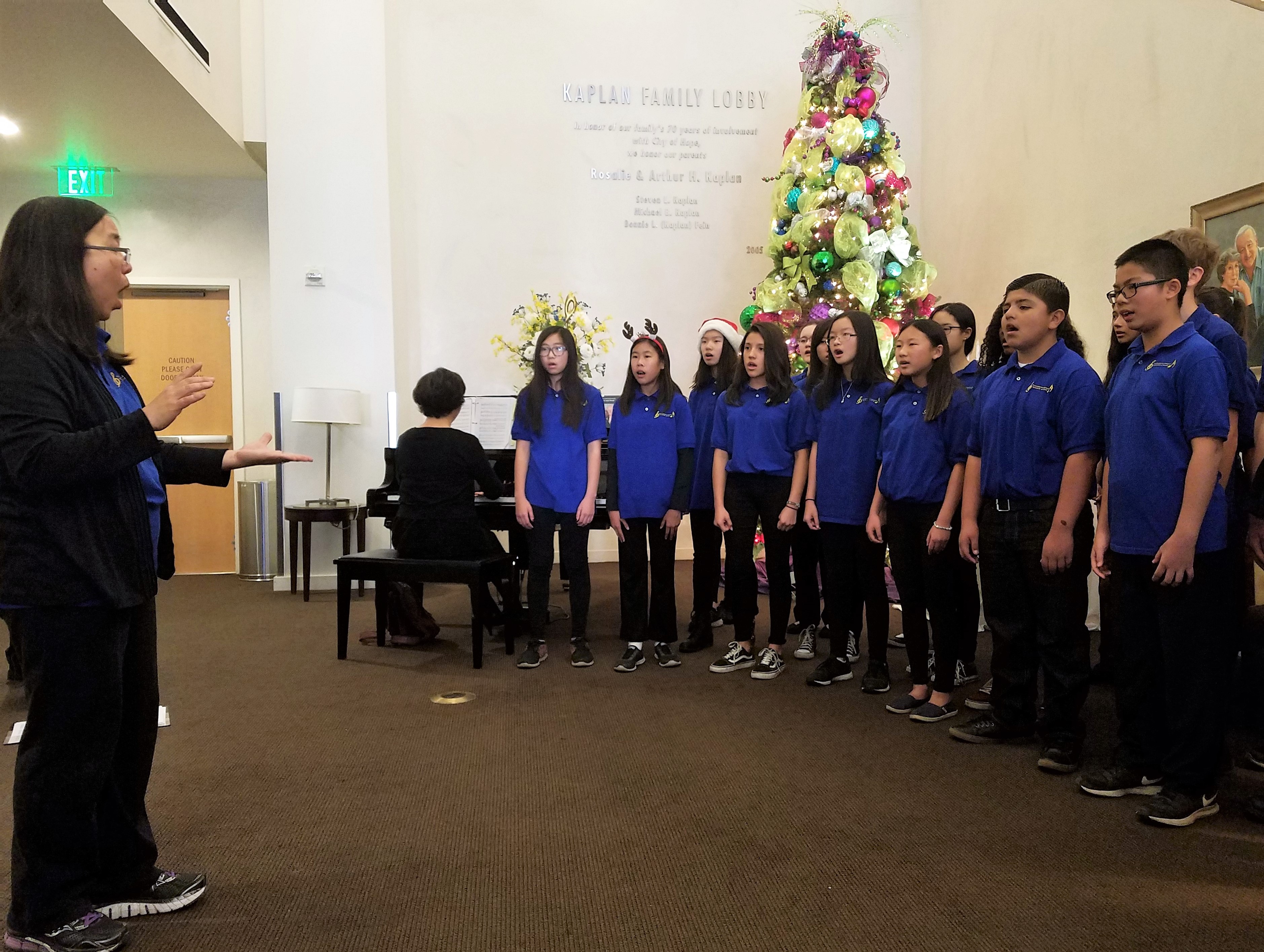