SAN GABRIEL, CA – When Gabrielino High sophomores Ze Hao Deng and Jia Liu registered for classes as freshmen, they were looking for a course to help them improve their English language skills. Both students, who are native Mandarin speakers, signed up for a speech and debate class, unaware of what the course entailed.

Two years later, Deng and Liu’s goal of improving their English is only one of the many successes the duo has achieved. As standout members of the Screamin’ Eagles team, the duo of English language learners will face off with the state’s best high school speakers at the California High School Speech Association (CHSSA) State Championship from April 28-30 at Arcadia High School.

“They have to work twice as hard as everyone else because of the language barrier, so they are an inspiration to everyone on the team,” senior speech and debate team co-captain Maya K-Martin said.

Deng and Liu qualified for the state competition after placing second in the Duo Interpretation category at the Southern California Debate League Championship (SCDL) in March for their performance based on “Jack and the Beanstalk.” Duo Interpretation involves two performers acting out a literary piece while respecting certain restraints, such as not touching or making eye contact with each other.

Although originally daunted by the demanding schedule of daily in-class practice and weekly after-school rehearsals, Deng and Liu decided to stick with speech and debate, knowing the hard work would eventually pay off.

“When we walked into the class two years ago we knew right away it wasn’t for English,” Deng said. “It was really hard at first but now it’s fun.”

Both students attribute their improvement with pronunciation and their increased vocabulary to their two years of involvement with the Screamin’ Eagles.

In addition to their “Jack and the Beanstalk” piece, Deng and Liu also performed in the Humorous Interpretation category throughout the year. Aside from transitions and introductions, interpretation performances may not add words to the published works they are based on, and instead must mesh original content with their presentation skills to create the desired comedic or dramatic effect.

Deng and Liu are two of 40 Gabrielino students who qualified to compete at the CHSSA State Championship, with five pairs entered in the Duo Interpretation category.

Under coach and adviser David Yuill, the Screamin’ Eagles won their 20th consecutive SCDL Championship on March 4. The Screamin’ Eagles, ranked No. 1 in the United States by the National Speech and Debate Association in 2015-16, have also qualified more than 700 students for the state championship and produced 17 individual state champions in the program’s 23-year history.

“It is wonderful seeing our students achieve their goals through hard work and persistence,” Superintendent Dr. John W. Pappalardo said. “Our speech and debate program is a widely celebrated aspect of Gabrielino High School. They demonstrate the academic and professional success we are proud to foster and highlight.” 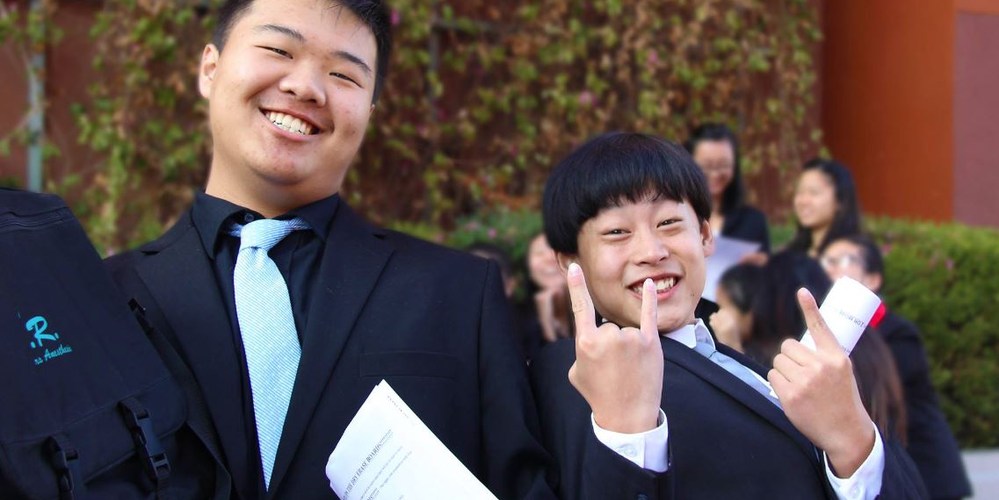