The Congreso Internacional de Literatura Hispánica (International Congress of Hispanic Literature), which occurred March 12-14, is a gathering of authors, professors and others interested in literature in Spanish, who exchange ideas and discuss new literary movements and theories.

“For me, it’s always an eye-opening experience,” Zaro said. “You discover new writers, new theories to analyze literature and make connections with other professors who have similar interests.”

“Rio Hondo College has a knowledgeable, talented and diverse faculty, and Dr. Zaro is one of our stand-outs,” said Rio Hondo College Superintendent/President Teresa Dreyfuss. “Any time one of our faculty members gives a successful lecture or workshop session, it reflects well on our College as others learn we are poised to obtain the best of the best for our students.”

Also an accomplished short story writer, Zaro’s fiction has appeared in many literary journals in both Spain and the United States, including The Louisville Review, The Baltimore Review and the Portland Review. In 2004, his work garnered him the Roanoke Review Short Fiction Prize.

Currently, Zaro has several projects on the horizon, including speaking engagements and a video series featuring local poets.

“It is an honor to have a professor at Rio Hondo College of Dr. Zaro’s caliber,” said Rio Hondo College Dean of Communications and Languages Dr. Robert Holcomb.  “His work is world-renowned and he is an outstanding role model for his students. As a member of the international literati, he represents our College well to those who may not have ever heard of Rio Hondo. He is an asset and a talent.” 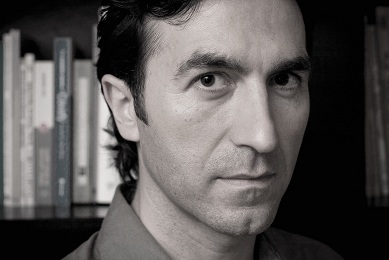