The event, which will take place at the Veterans Memorial on the Rio Hondo College campus, will include a Presentation of Colors by a Los Angeles Sheriff’s drill sergeant and a display of military vehicles. Guest speakers include veteran Kevin Skinner and Nakamura.

“Rio Hondo College believes the veterans in our community have provided us with an invaluable service, one that cannot really ever be repaid,” Dreyfuss said. “This annual celebration is just our way of letting our Veterans know we respect their sacrifices and are grateful for their service.”

Nakamura was interned by the U.S. with other Japanese Americans, first at the Tulare Race Track and later at the Gila River camp in Arizona. He reported for active duty as an enlisted reserve, went through basic training and joined the 442nd Regimental Combat Team in France. The team was composed of Americans of Japanese ancestry and became the most highly decorated unit in U.S. military history for its size and length of service. He was discharged as a staff sergeant.

After the war, Nakamura earned BFA and MFA degrees from USC and began teaching at Whittier High School. When Rio Hondo College was established, he was hired as the founding instructor and chair of the Fine Arts Department. He retired as a vice president of Rio Hondo College in 1992.

“It is a tremendous privilege for the Veterans Service Center to get the opportunity to honor Yosh Nakamura, an outstanding WWII veteran with a special connection to Rio Hondo College,” Castaneda said.

Nakamura has been honored for his service with the Bronze Star Medal, Combat Infantryman’s Badge, European, African-Middle Eastern Ribbon with 3 Battle Stars, Good Conduct Medal, Presidential Unit Citation with Oak Leaf Cluster, the French Legion of Honor Medal and, with other Japanese American veterans of World War II, the Congressional Gold Medal in 2011.

“Yosh Nakamura represents so much of what is good about America,” Board of Trustees President Madeline Shapiro said. “His commitment to our nation and his devotion to his students and Rio Hondo College community are exemplary by any standard, and we are all fortunate to know him.” 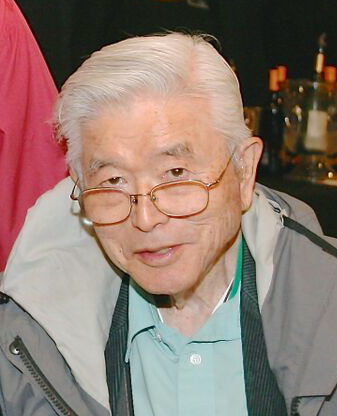