WHITTIER – Director Kirk Vichengrad has waited years to stage a production of “The Laramie Project,” and says it seems fitting it is happening on the heels of the tragic killing of 49 people at a gay nightclub in Orlando and amid one of the nation’s most tumultuous presidential elections.

“The Laramie Project” chronicles the life of the town of Laramie, Wyoming in the year after Matthew Shepard, a gay man who attended the University of Wyoming, was beaten, tortured and left for dead in 1988. Shepard died six days after the attack from severe head wounds.

The killing drew national attention to hate crimes and led to the 2009 Shepard Act, which makes crimes motivated by actual or perceived sexual orientation a federally recognized hate crime.

“This is a story that is more topical than ever and it’s so relevant, especially on a college campus,” said Vichengrad, a Rio Hondo College adjunct professor of theatre arts. “In this climate of social unrest and uncertainty, it’s important we hold up a mirror to ourselves and say this what we look like and ask what are we going to do about it.”

Vichengrad said the play serves to awaken its audience to the damaging power of intolerance – especially relevant after the June attack in which a 29-year-old security guard killed 49 people and wounded 53 others at Pulse, a gay nightclub in Orlando, Florida. The incident is the deadliest attack against LGBTQ people in U.S. history.

The play follows a documentary style with dialogue taken from hundreds of interviews conducted with Laramie residents by the Tectonic Theater Project following the 1998 slaying. The original three-act play included eight actors playing 60 parts. Vichengrad’s version has two acts and spreads the intense roles over a class of 20-plus students, giving greater access to roles.

Some, like Kechia Bejarano, will portray as many as five different characters.

“I fell in love with this show in high school,” said Bejarano, who earned an associate of arts in theatre arts but stayed another semester to perform in the play and serve as stage manager.

Bejarano’s characters range from a sympathetic town resident to a lesbian University of Wyoming professor to a Mormon school teacher, all emotionally compelling roles.

“It’s been incredibly fulfilling on so many levels, especially in light of recent events, such as Orlando,” Bejarano said. “Having these moments when you can sit in someone’s truth and honestly and sincerely feel it has been so beautiful.”

Vichengrad said he has watched as the play worked its magic on the cast.

“It’s really amazing. I can see it in the students that they are very motivated and aware, knowing that they are doing something that goes beyond a typical school play,” he said.

“This production celebrates what makes Rio Hondo College such an outstanding member of our community: an effort led by an adjunct professor, performed by students and focused on an issue that is of huge relevance today,” Superintendent/President Teresa Dreyfuss said.

During the play’s run, the Wray Theater lobby will serve as an informational center on issues related to gender and sexual orientation. A portion of concession proceeds will benefit the Matthew Shepard Foundation.

“These artists have created a terrific show that blends all the drama you expect with a strong social message,” Board of Trustees President Mary Ann Pacheco said. “I can’t wait to see it.”

Vichengrad said he hopes audience members gain a new understanding of the power of theater.

“If our play gets just one person to come to the theater who maybe wouldn’t and to realize that the theater can do something educational and enlightening and still entertain – that excites me,” Vichengrad said.

PHOTO
103116_RHC_LARAMIE_1: Rio Hondo College students rehearse for the College’s upcoming production of “The Laramie Project,” which chronicles the aftermath of the killing of Matthew Shepard, a gay University of Wyoming student. 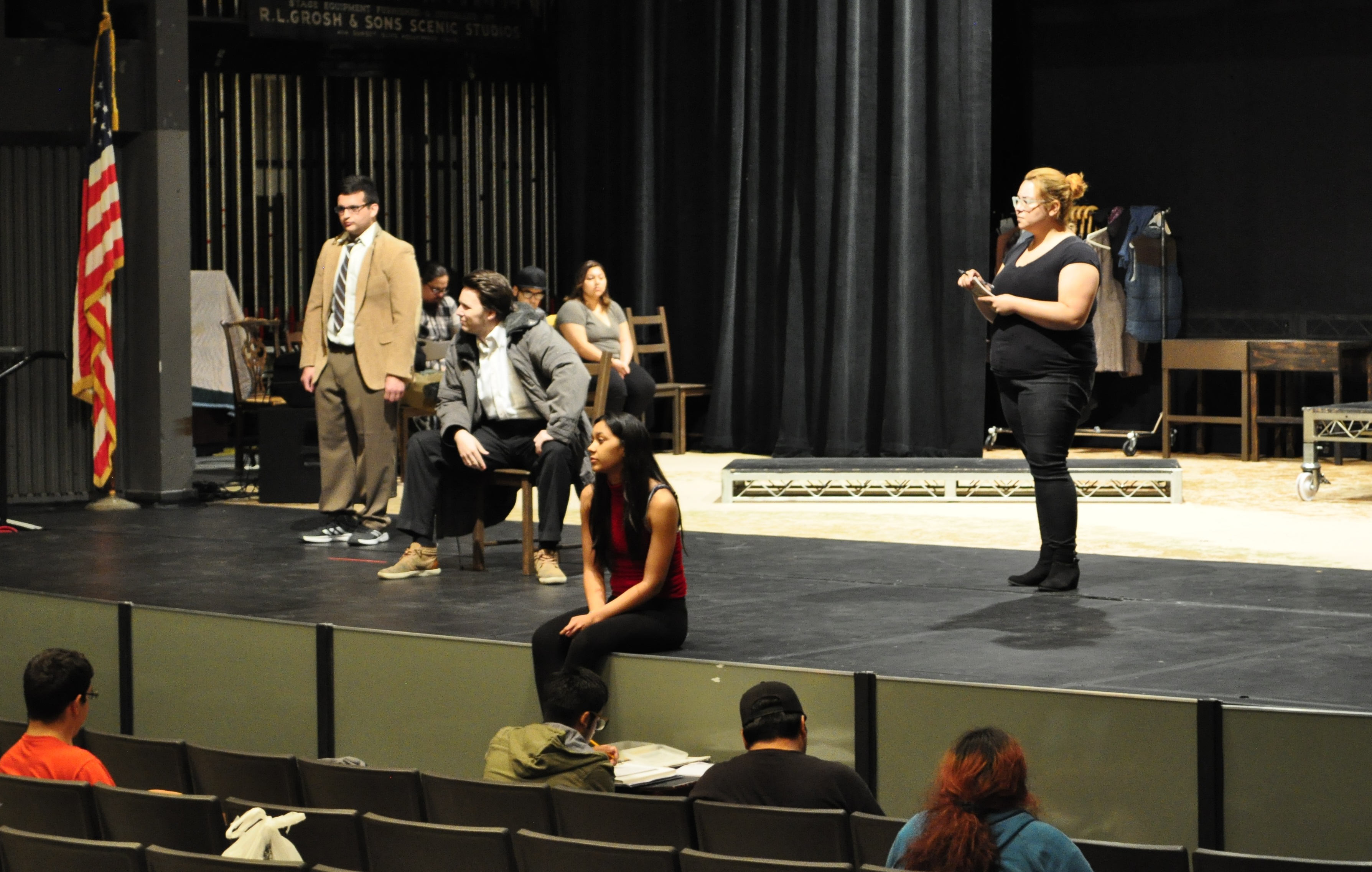