WHITTIER – Rio Hondo College lit up the night on Aug. 12 with a giant projection of its logo and the message “Now Enrolling For Fall” cast brilliantly against the walls of its five-story Library Tower – a sign visible to drivers along the 605 Freeway and for miles around the hilltop campus.

The projection is the first of many the College will launch as it blazes its message of higher-education opportunity throughout the community. The image was premiered during a Board of Trustees meeting to the applause and appreciation of board members and college leaders.

“Rio Hondo has always strived to be a beacon of opportunity for our community,” said Superintendent/President Teresa Dreyfuss. “Now, literally, we are creating a beacon that lets our community know about specific opportunities available at the College.”

The sign will be cast daily from 7 p.m. to midnight with a variety of messages to promote specific programs. For example, this fall Rio Hondo launched one of the state’s first four-year degrees offered by community colleges, a Bachelor of Science in automotive technology. The college also offers a pathway to law school, 19 degrees that guarantee transfer to a Cal State campus and noted public safety and nursing programs.

The sign was the brainchild of Dean of Arts and Cultural Programs Chris Guptill.

NIGHTLIGHT 1,2: Rio Hondo College has illuminated the night with a brilliant message showcasing its logo that can be seen for miles around the hilltop Whittier campus. The sign, which includes two images of the College logo and a changeable message – now promoting fall registration – will be cast daily from 7 p.m. to midnight. 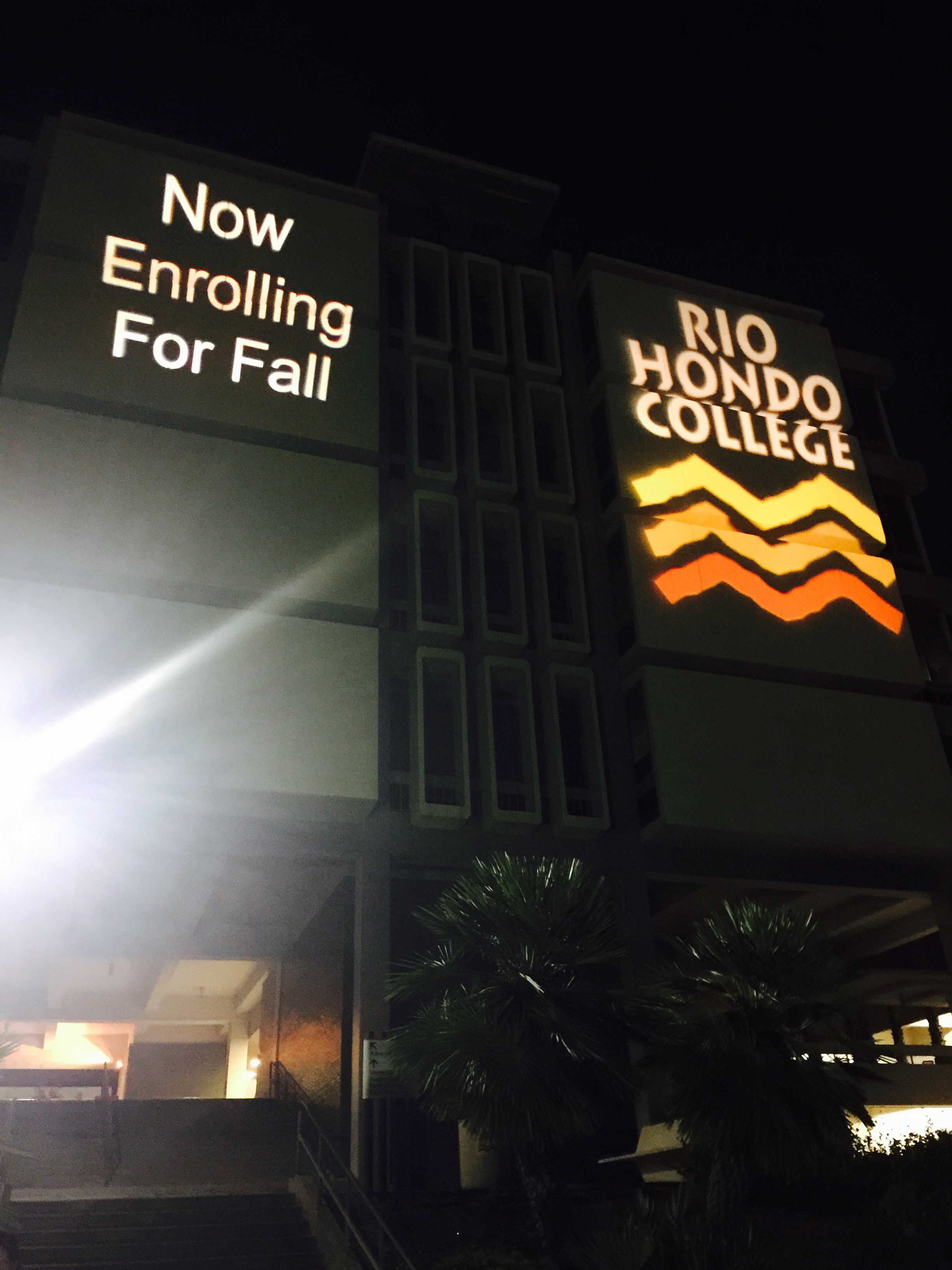 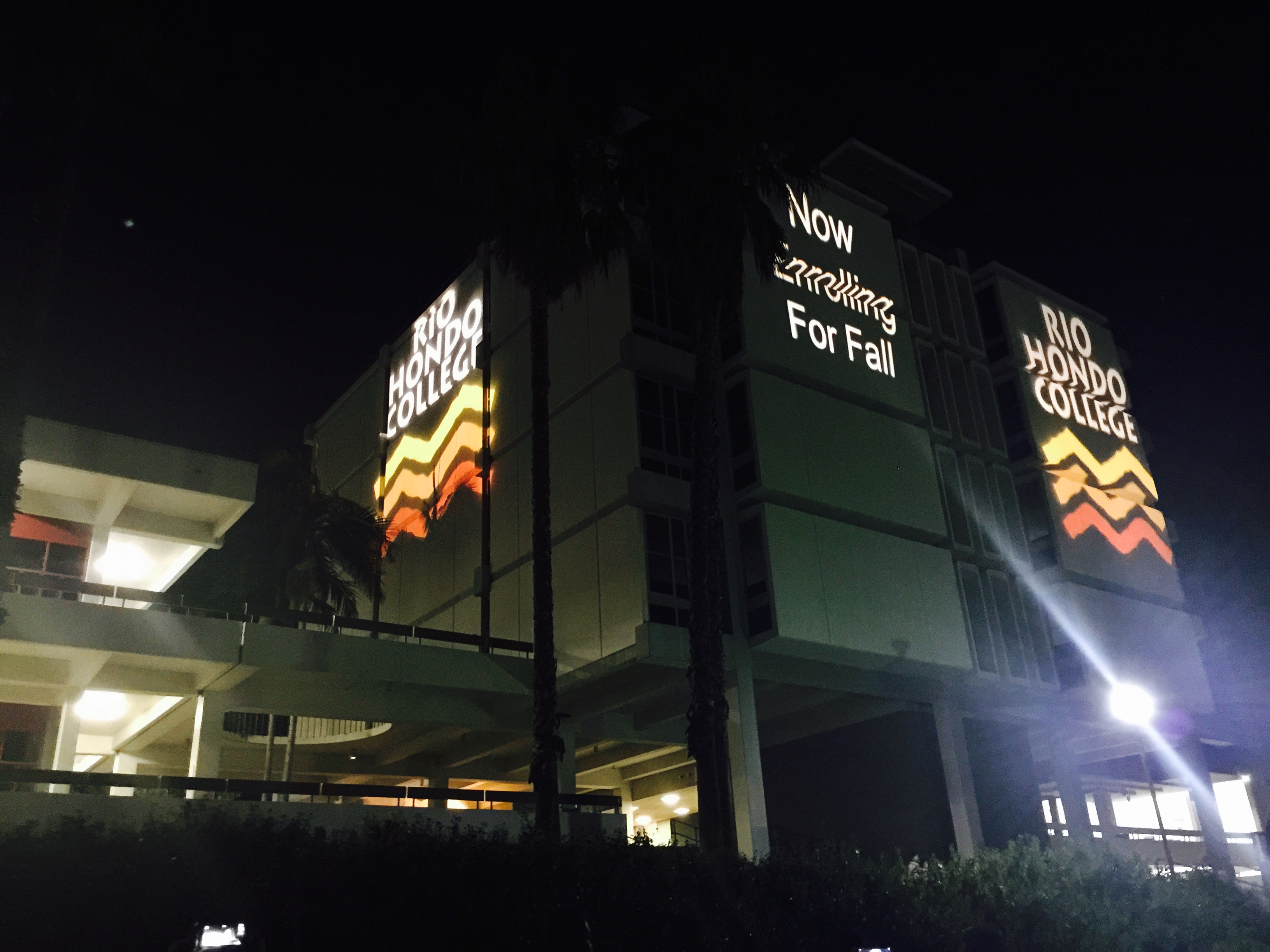