WHITTIER – Rio Hondo College has brought higher educational opportunities to more than 8,000 community members over the last eight years through a trio of innovative educational centers, according to recently released figures.

This fall, the College is deepening course offerings in math, English and childcare instruction at the centers as part of a continuing effort to tailor instructional programs to meet community needs. Students returned to classes on Aug. 19.

“We are constantly reviewing the needs of our community members so we can be as responsive as possible,” said Yolanda Emerson, who oversees the centers. “Our goal is to make it possible for residents to complete as much of the general education requirements through our centers as possible, and to sculpt programs that meet specific needs and requests.”

The centers were opened in phases starting in 2009-10 to bring services to residents who could not always make the trip to Rio Hondo College’s Whittier campus.

The first site to open was the South Whittier Educational Center, which welcomed one class and 49 students in 2009. By 2016-17, the center was serving 958 students in 45 classes.

The El Monte Educational Center followed in 2012 with nine courses and 238 students, building on the lessons learned in South Whittier. In 2016-17, El Monte served 908 students in 39 classes.

The newest center is the Rio Hondo Educational Center at Pico Rivera, which opened in fall 2016. In its first year, the center served 796 students in 38 classes even as crews put the finishing touches on the center’s renovation.

“Pico Rivera’s astounding success is a testament to the importance of bringing our mission to provide access to higher education to our many communities,” Superintendent/President Teresa Dreyfuss said. “The convenience of all of our educational centers eliminates barriers to student success.”

Many students attend classes at multiple centers in a given year and may attend classes at the centers over several years as they pursue a course of study, according to College statistics showing the sustained strength of the program.

College leaders study which classes appear most popular and consult with area high school principals and assistant principals as they strive to ensure the centers provide the strongest program possible.

El Monte and Pico Rivera, now starting its second year, are expanding English and math course offerings, which are popular draws at all the educational centers and the College’s main campus in Whittier.

At South Whittier, Rio Hondo is offering an expanded program in child development after tracking community interest in the field.

“Our educational centers located throughout our community play a really critical role in serving regional populations,” Board of Trustees President Norma Edith Garcia said. “Not everyone has the means to travel from their communities for classes, or they have other responsibilities that limit their time. These campuses provide them with options – not just to tackle their educational basics, but now with these new programs, to pursue special interests and goals.”

RHC_EDCENTER_2: Students attend class at the El Monte Educational Center on Aug. 19. The center opened in 2012 with nine courses and 238 students, building on the lessons learned in South Whittier.

RHC_EDCENTER_3: A student studies on Aug. 19 at the Rio Hondo Educational Center at Pico Rivera, which opened in fall 2016. In its first year, the center served 796 students in 38 classes. 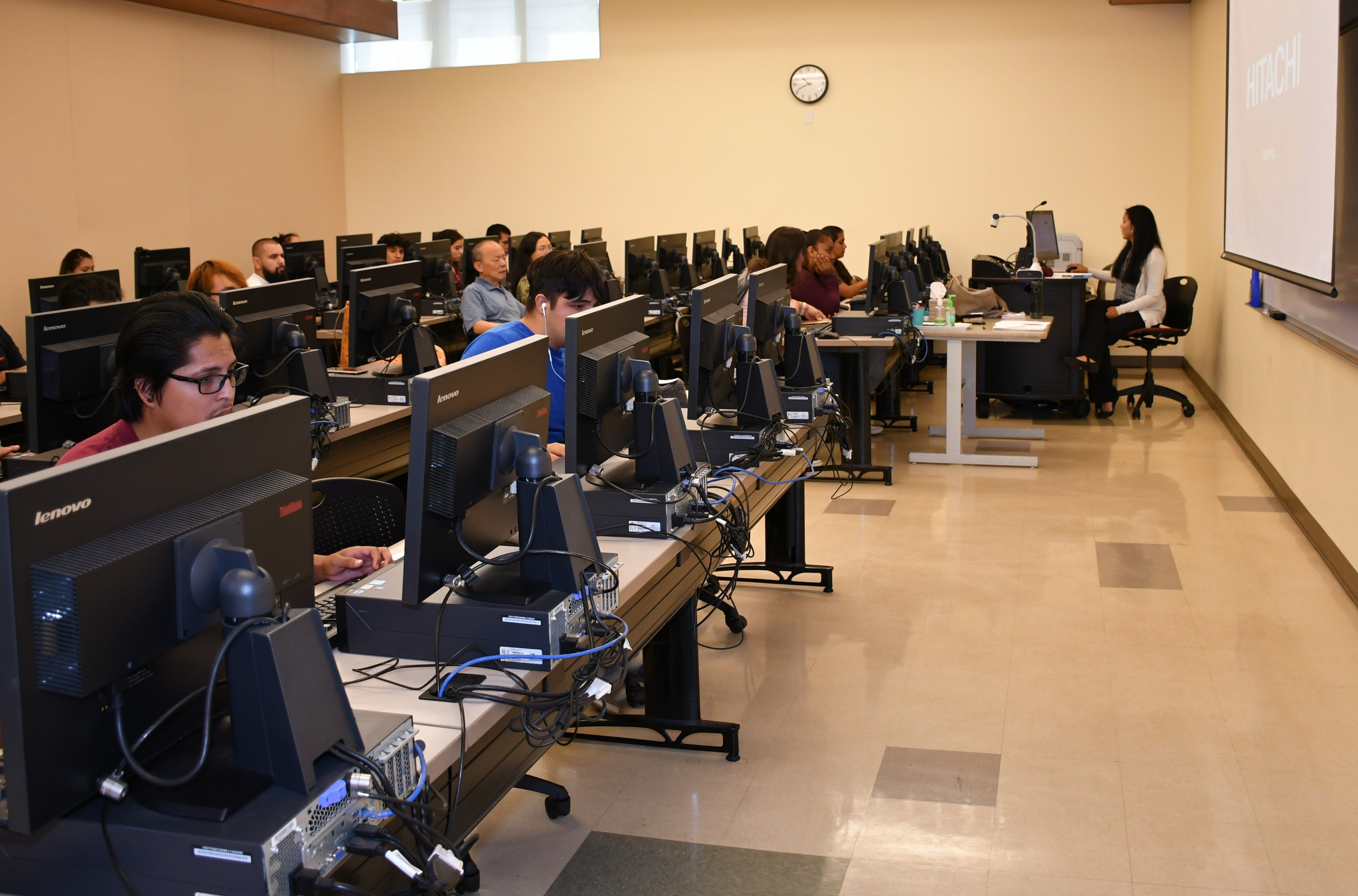 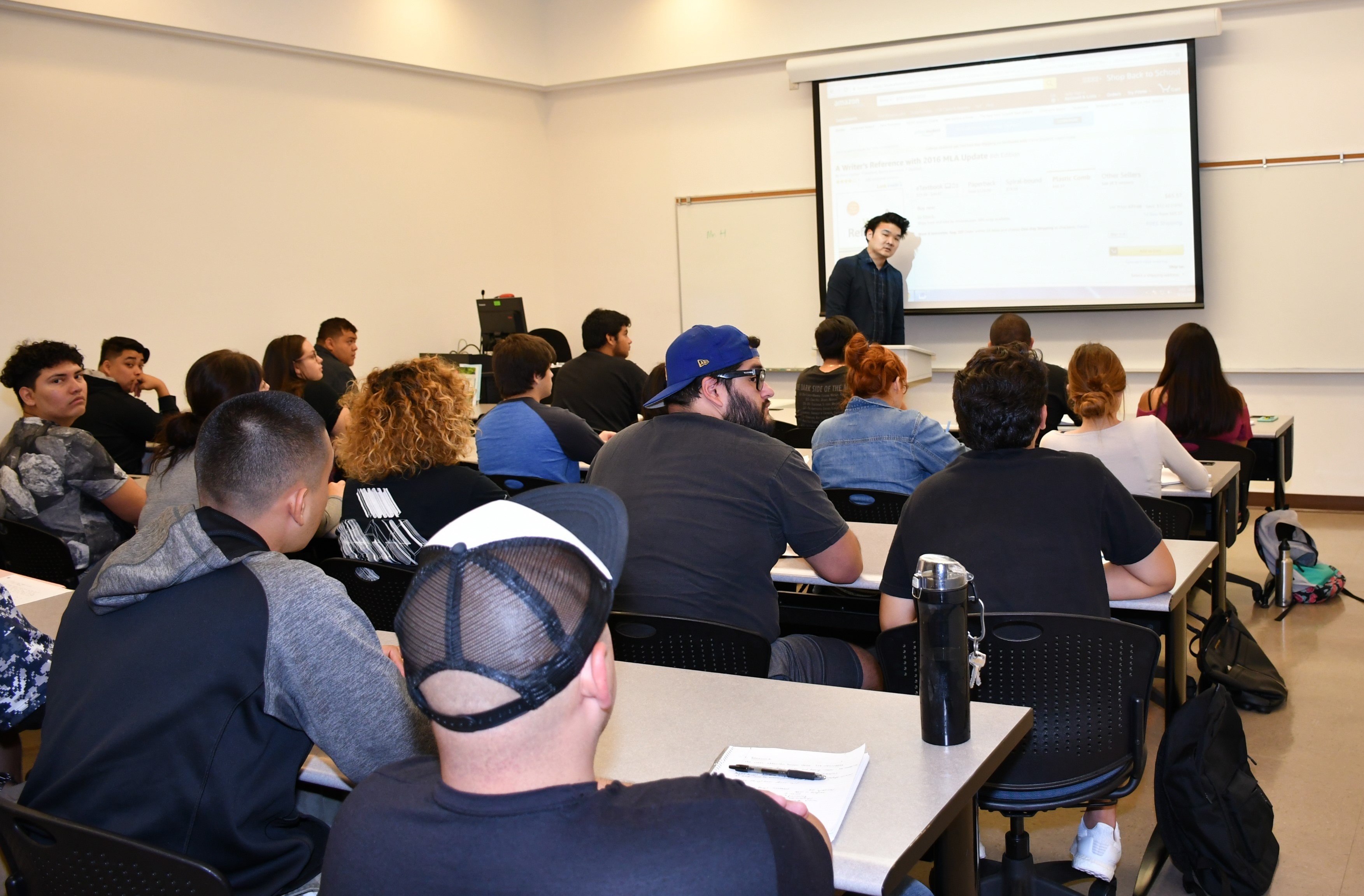 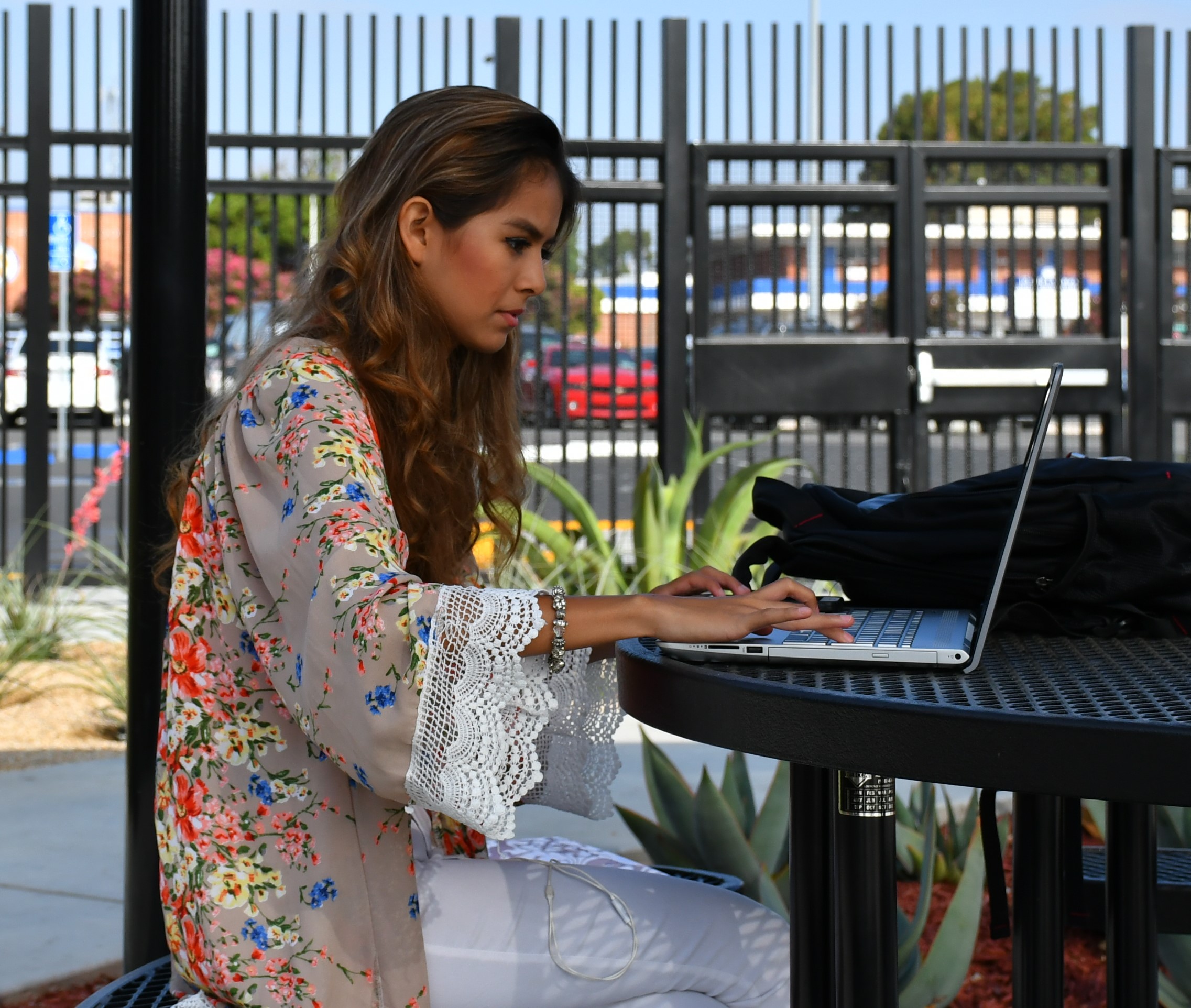 Rio Hondo College Extends Reach to 8,000-plus Students through Trio of Educational Centers