POMONA – Diamond Ranch High Senior Adrian Garcia is embarking on an educational journey at Tulane University after earning a four-year, full-tuition scholarship from the Posse Foundation, which identifies extraordinary students who may be overlooked by traditional college selection processes.

Adrian underwent an extensive application process, competing against 65 students to secure the $180,000 scholarship. He is among thousands more across the nation to be recommended, with just one in 10 students ultimately selected for scholarships to each of the organization’s 50 partner universities that include Dartmouth College, Cornell University, UCLA and UC Berkeley.

“Adrian represents the level of commitment and drive our Pomona Unified students possess to set goals and achieve them,” Pomona Unified School District Board of Education President Andrew Wong said. “We congratulate Adrian for his tremendous achievement and wish him all the best as he enters his next phase of education in order to pursue his dream.”

Adrian was initially nominated by Uncommon Good, a Claremont-based nonprofit organization that works to provide low-income communities with the resources needed to break the cycle of poverty.

Adrian persevered through the rigorous process and advanced to each round. While interviewing with representatives from Tulane and the Posse Foundation, Adrian bonded with Tulane’s Vice President of Enrollment Management and University Registrar Earl Retif over their shared love for baseball. Two and a half hours later, Adrian received a phone call from Retif, learning he would be attending Tulane University for the 2015 fall semester. Tulane University was Adrian’s top choice, with Northwestern and Pepperdine universities rounding out the top three.

“I fell to my knees and cried for hours,” Adrian said. “My parents hugged me tightly and told me how proud they were.”

Adrian was inducted into the Posse Scholars family on Jan. 7 at Paramount Studios. He began the pre-collegiate training program with his Posse Peers on Jan. 20, meeting weekly with his “Posse” and staff trainers for workshops that facilitate team building, cross-cultural communication, leadership and academic excellence and prepare students for entry into higher education. The Posse team of 10 students provides peer support both within the college preparation process and their transition into their new university campus.

“A fully-encompassing scholarship program like the Posse Foundation helps our students make the transition from high school into a university setting,” Superintendent Richard Martinez said. “This model takes our students’ desire to change the world and converts it into a tangible, attainable form of action.”

Adrian will move in to Tulane University’s Undergraduate Housing with his Posse cohort in August. He plans to pursue a career in medicine and is also interested in pursuing public health so that he may work outside of the United States in countries in need of medical personnel. 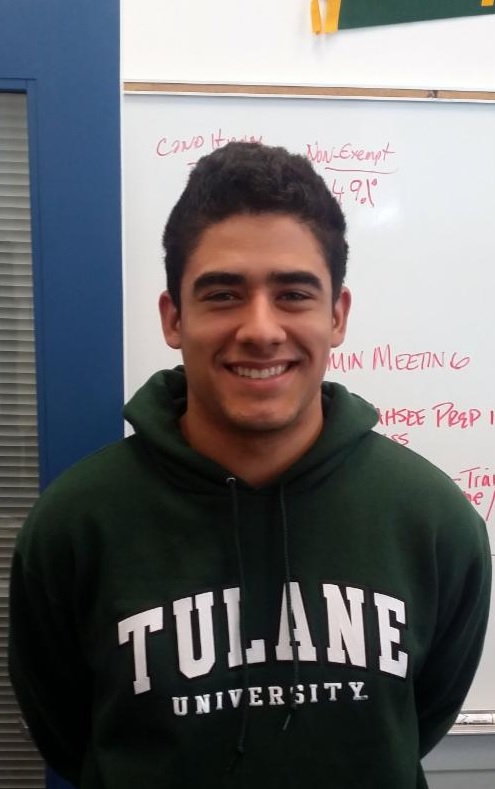