O’Connor, who just turned 20, came to fame with self-produced viral videos posted on YouTube when she was 16. Many students held handmade posters and sang along during the hour-long event that signaled the beginning of an anti-bullying campaign at Wilcox.

“How many people have seen bullying happen?” O’Connor asked the students before the performance. “How many have been bullied? It’s so important to know that you are not alone in this. Things are going to get better. Stay strong!”

O’Connor’s four-song concert featured “The Game,” an anti-bullying anthem influenced by her experience being bullied in middle school. O’Connor regularly appears at schools across the country to perform and conduct question-and-answer sessions about the best ways to combat bullying.

During the Wilcox Q-and-A, a student asked O’Connor how she had her nose broken when she was younger. O’Connor told a story of being bullied in middle school gym class, a confrontation that got physical. She stressed the importance of having a support system of friends, parents and school administrators to help ease the pain.

“Talk to your teachers,” O’Connor said. “I thought it was my fault I was being bullied, but then I realized that the bullies are the ones with the problems.”

Wilcox fifth-grader Joel Flores was unfamiliar with O’Connor’s music before the performance, but her message resonated.

“This is the first time I have seen her,” Flores said. “I think it’s very good. I agree with the message.”

The students were mostly star-struck by O’Connor’s presence, with the decibel level rising to peak levels with the screaming of adoring fans, who rushed to embrace her when she stepped off the stage to mingle with the audience.

“Montebello Unified has strong anti-bullying policies, and is always looking for speakers who can connect with our students,” MUSD Superintendent Susanna Contreras Smith said. “We are grateful that Ms. O’Connor was able to take time to come to Wilcox and talk frankly with the students about an issue that touches many children.”

092916_MUSD_CONCERT1: Wilcox Elementary students hold up signs they made to welcome pop singer and anti-bullying advocate Meredith O’Connor, who held a free anti-bullying themed concert in the school cafeteria on Sept. 29.

092916_MUSD_CONCERT2: A group of Wilcox Elementary students gather around pop singer and anti-bullying advocate Meredith O’Connor to take a selfie. O’Connor held a free anti-bullying themed concert in the school cafeteria on Sept. 29. 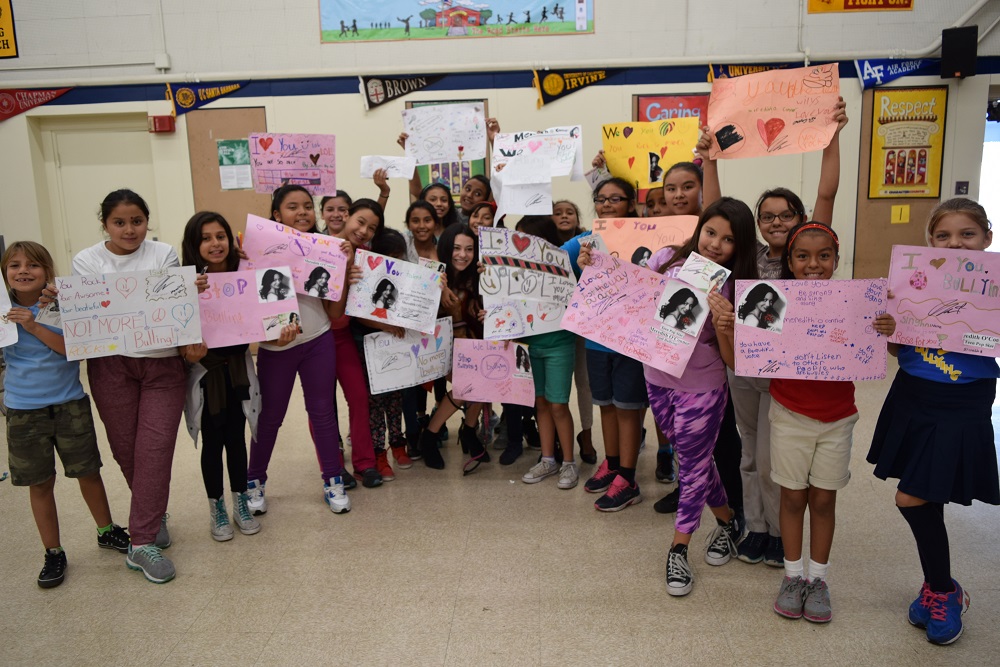 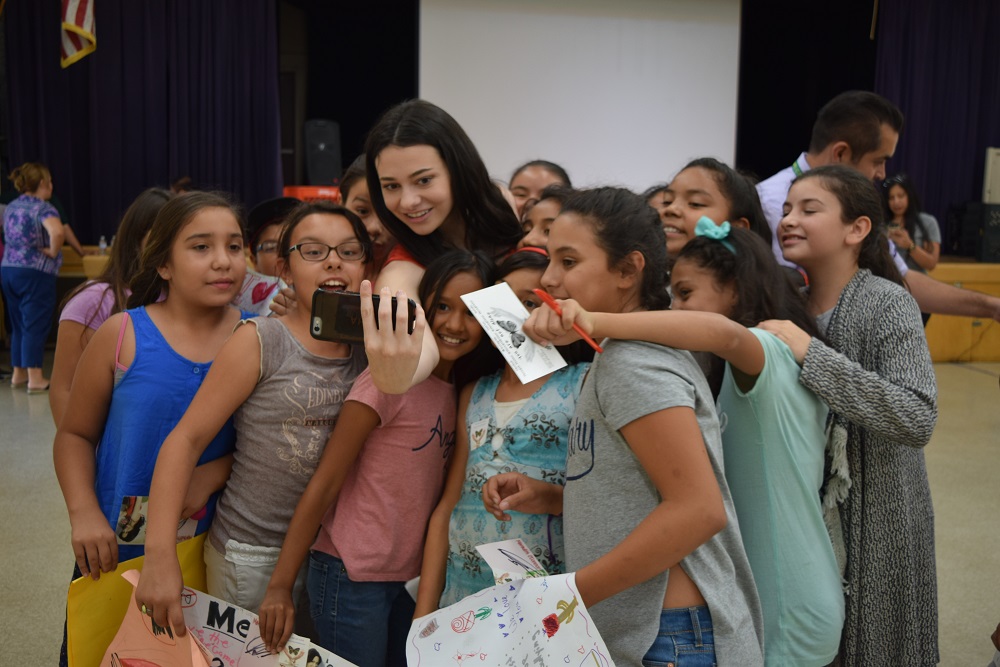