WHITTIER – Marilynn Littlefield has been at the helm of Pioneer High School’s award- and championship-winning Dance/Drill Team for more than 50 years, bringing prestige to the Titan campus and instilling pride among her students and peers.

To preserve her legendary status and recognize her numerous contributions, Pioneer named its small gym, where the Drill Team spends countless hours perfecting its routines, after Littlefield during a dedication ceremony on Oct. 20.

“I am extremely grateful for the honor and I appreciate the thoughtfulness of the entire Pioneer community, which continues to support the efforts of both the team and myself,” said Littlefield, 75. “I love working with my girls. They are extremely dedicated and teaching them has been such an honor.”

Littlefield was joined at the ceremony by current drill team students and generations of program alums.

“Marilynn is a role model of high expectations, hard work, grace and integrity to every person whom she has come across,” Oviedo said. “She is incredibly deserving of this honor due to the impact she has had on Pioneer High School, its students and the Whittier Union community.”

Littlefield took charge of the Dance/Drill Team program in 1965, turning the drill team, which boasts 80 members, into one of the largest and most successful competitive high school teams in the state.

At Pioneer, Littlefield has served as chairwoman of the physical education department and director of the Titanette Revue. Although Littlefield retired from teaching in 2006, she continues to work six days a week as director of the Dance/Drill Team.

Superintendent Sandra Thorstenson, a former Pioneer High teacher, lauded Littlefield for her decades of dedicated service and said the gym will serve as a lasting monument of her legacy.

“This facility has been a place where memories, friendships and life lessons have been created,” Thorstenson said. “Marilynn has impacted generations of students through her grace and selfless leadership. I am thankful to her for her guidance, support and friendship.”

LITTLEFIELD: Pioneer High School Drill Team Coach Marilynn Littlefield, left, celebrates the naming of the gym where she and her 80-member team practice. She is pictured with Whittier Union High School District Superintendent Sandra Thorstenson during a dedication ceremony on Oct. 20. 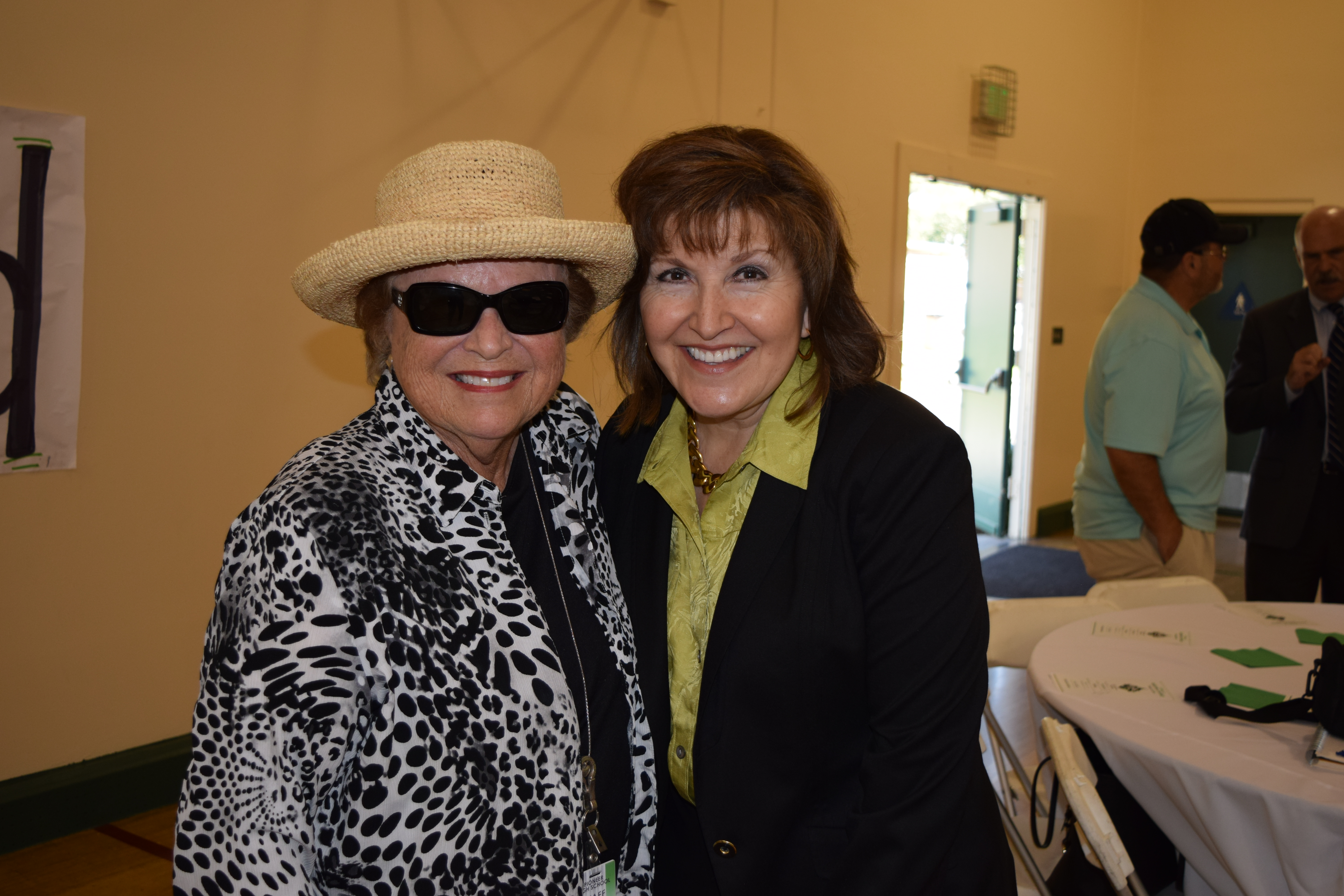