WHITTIER – Pioneer High School senior Gilbert Sandoval is now among a select few to receive a nomination letter from U.S. Rep. Linda Sánchez to attend the U.S. Naval Academy – an extraordinary honor given to just a handful of local students every year.

Sandoval was among 300 hopefuls in Sanchez’s district – which spans from Cerritos to South El Monte –seeking to gain a prestigious letter of recommendation from the congresswoman. Only nine letters were granted, one of which went to the proud Titan.

“This is such a crazy feeling, but my school has contributed a lot to helping me get here,” Sandoval said. “If I had gone to a huge high school, I wouldn’t have the close bonds I have with teachers and administration. Pioneer is just a great place to be.”

Sandoval can count himself among a small group of distinguished students from schools across the Whittier Union High School District to receive a nomination letter from U.S. officials and gain acceptance into the program.

Sandoval expects to hear in April whether he has been formally accepted to the Naval Academy in Annapolis, Maryland. He would subsequently begin classes in the fall and hopes to major in oceanography or missions operations to eventually become a Navy SEAL.

“Not many jobs can fulfill my adventurous urges,” said Sandoval. “I am not someone who can sit at a desk job all day, so I decided joining the armed forces was the best career move for me.”

Sandoval has worked hard to be one of the lucky few to receive a nomination by maintaining a 3.5 GPA, completing multiple Advanced Placement and honors courses and following the rigorous and competitive yearlong Naval Academy application process.

With the help of a Blue and Gold Officer, a volunteer who guides applicants through the application process, Sandoval started his quest to become a Naval Academy candidate during his junior year of high school. To qualify for candidacy, applicants must complete a preliminary application, a standard college admissions test, an hour-long medical examination, a fitness assessment and an interview with a Blue and Gold Officer. Candidates must also receive a nomination from a U.S. senator or member of Congress, which takes months to receive if they are fortunate enough to acquire one.

“It would be such an honor for our school to be represented by someone like Gilbert in the Naval Academy,” Pioneer High School Principal Monica Oviedo said. “He is most deserving of an appointment and will absolutely flourish in everything that he does, just as he continues to do at Pioneer.”

The Naval Academy’s 7.9 percent acceptance rate makes it one of the most difficult universities in the nation to get into. The Naval Academy provides $400,000 scholarships to cover four years of tuition, room, board and medical coverage in exchange for five years of service in the Navy upon graduation.

“We are so proud of Gilbert for his unwavering dedication to his academics, pursuing his dream of joining the prestigious Naval Academy and securing a nomination letter from our U.S. Congress Representative Linda Sanchez, an amazing feat in itself,” Superintendent Sandra Thorstenson said. “Gilbert’s persistent pursuit of success is just one example of what makes Whittier Union a great place that prepares students for their lifelong journeys.”

SANDOVAL: Pioneer High School senior Gilbert Sandoval is among a select few to receive a nomination letter to the U.S. Naval Academy from U.S. Rep. Linda Sánchez – an honor that is difficult to achieve. Only nine letters were granted, one of which went to the proud Titan. 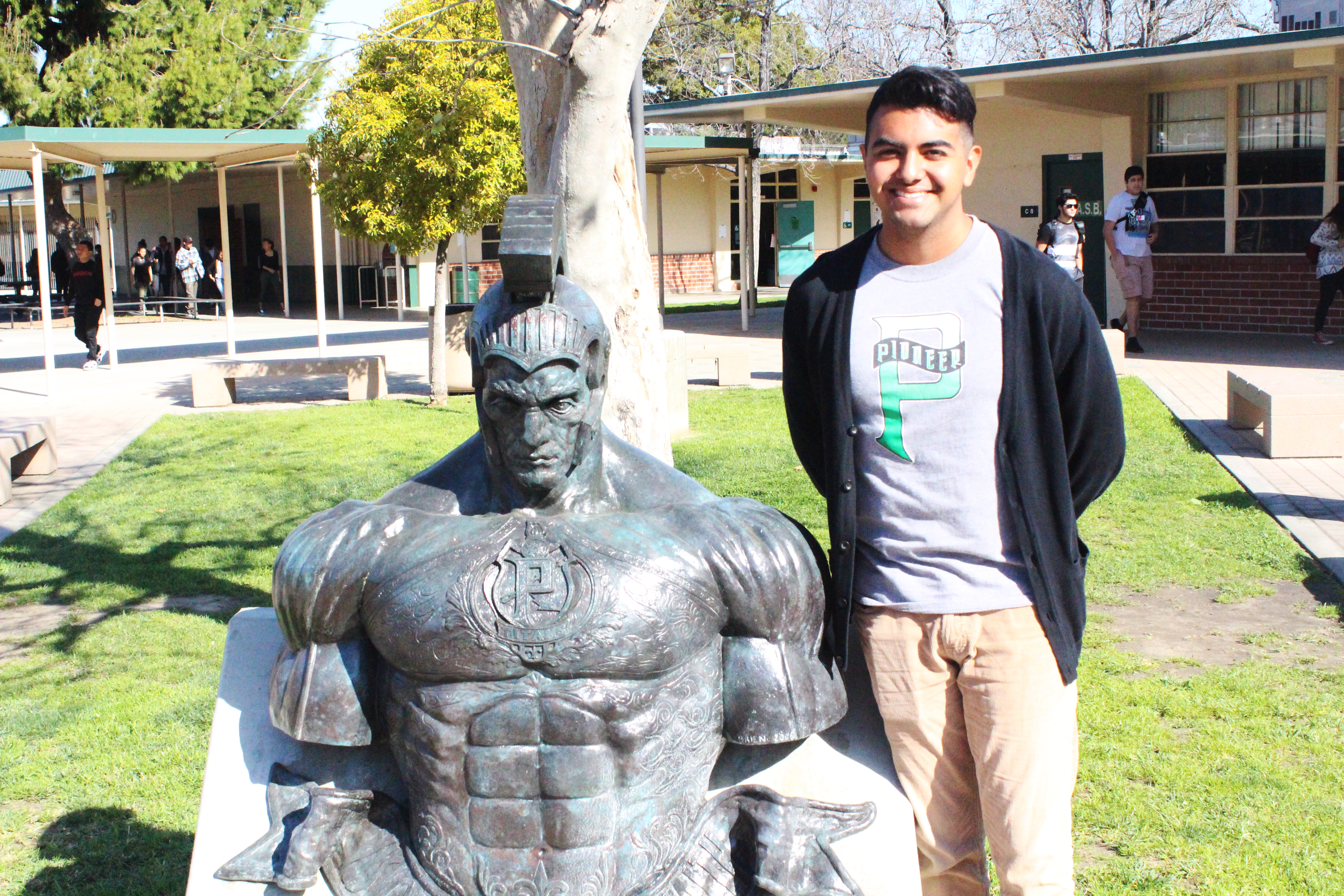