WHITTIER – A day before the nation paid tribute to America’s heroes, students at Pioneer High School gathered for a special ceremony honoring staff members who have served in the armed forces and remembering members of the Titan family who died while serving their country.

“It is a privilege to say ‘thank you’ to all of America’s veterans and to let them know that we appreciate them for their service and honor them for their sacrifices,” Principal Lilia Bozigian said. “Our Veterans Day ceremony demonstrates to students that the price of freedom is high and we cannot afford to forget those willing to pay for it.”

A wreath was laid beside a stone monument that sits next to the flagpole in front of the school. It was donated by the class of 1970 and is dedicated to the “memory of those Pioneer alumni who have given their lives so that others may live in freedom.” Included on the monument are the names of six Pioneer High School alumni killed in action in Vietnam: Hugo Bocanegra, class of 1965; James Eisman, class of 1964; Dennis Fuller, class of 1966; Pedro Hernandez, class of 1966; Danny Rundle, class of 1965; and Mark Thirkettle, class of 1964. The soldiers included star athletes, a thespian and an ASB president. They all died within two years of entering the war.

A second wreath was laid next a new monument inside the campus that was donated by a Titan football parent booster. Names of the same alumni killed are inscribed on the memorial, which also includes the name of former student Salvador Guerrero, Jr., who was killed in Iraq in 2006.

“I love that they do this for veterans every year,” said 84-year-old Canales, who is affectionally known around campus as Grandpa. “I feel honored. I’m glad that students learn how to respect our country and appreciate the rights we’ve fought for them to have.”

111616_WUHSD_VETSDAY1: Veterans light the Titan Torch as part of Pioneer High School’s annual Veterans Day ceremony on Nov. 10. The event featured remarks from school officials and students, patriotic performances and recognition of a group of revered veterans in attendance, who laid wreaths at the school’s two monuments.

111616_WUHSD_VETSDAY2: Recent Pioneer High retiree Frank Canales lays a wreath at a stone monument that sits next to the flagpole in front of the campus. Canales served two years in the Korean War and became known around the campus as Grandpa. 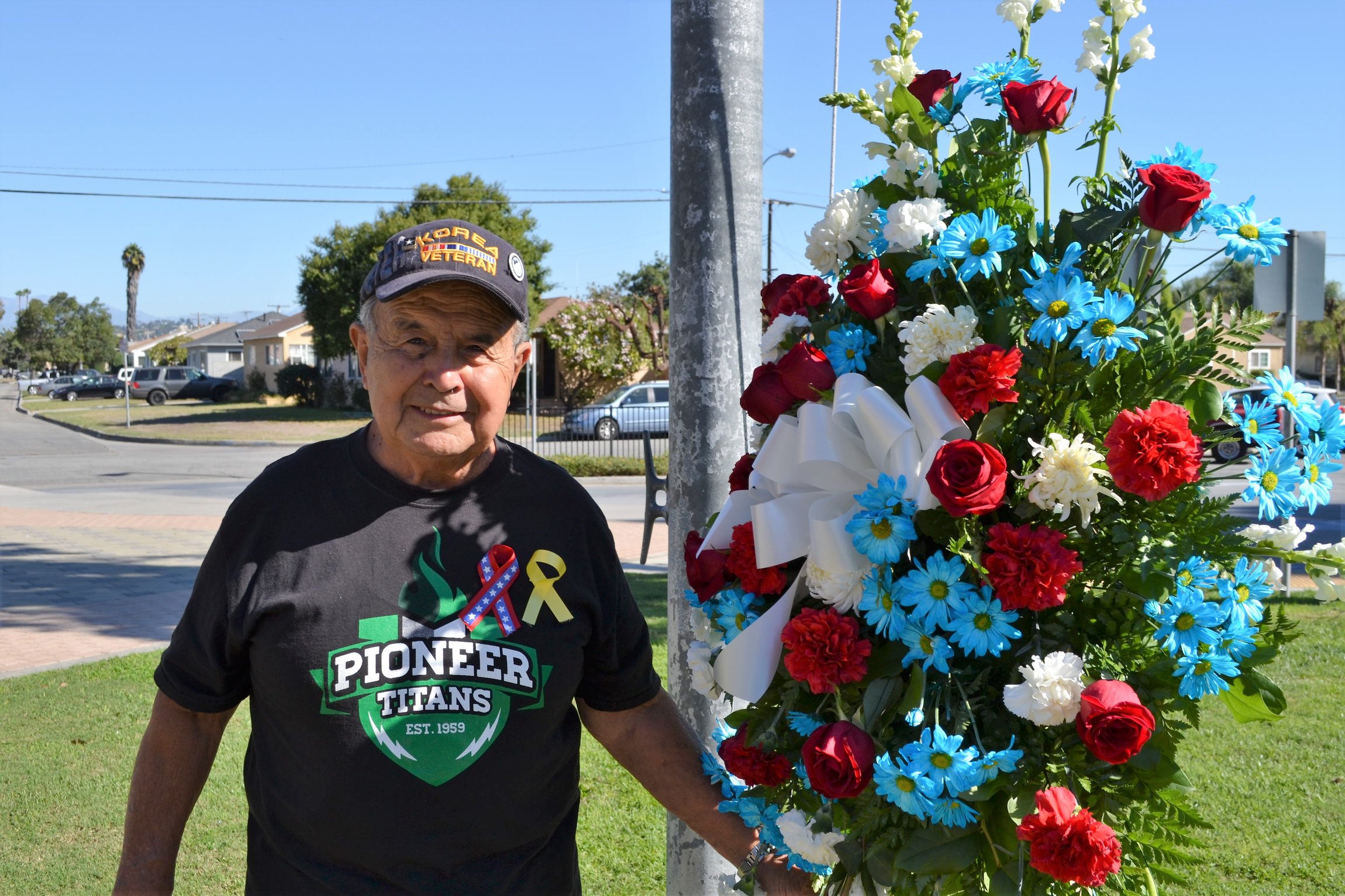 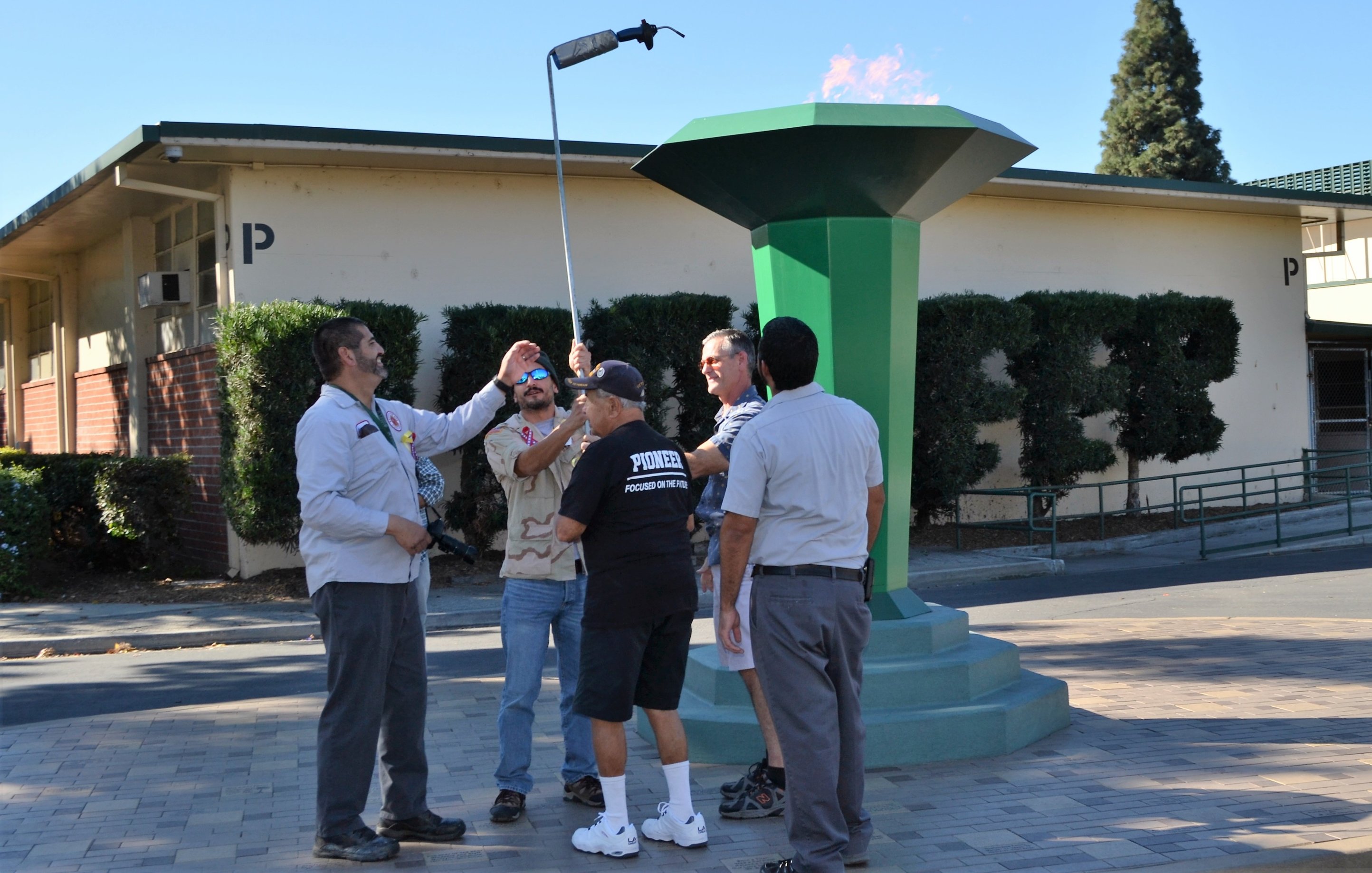