Paramount, CA – Wesley Gaines Elementary School first-grader Julia Roman couldn’t wait to get her hands on her favorite book, “How Do Dinosaurs Write Their ABCs with Chalk.” Roman excitedly flipped through the pages, laughing at the familiar moments.

Students visited the fair during their normal library time throughout the week and received special access to nearly 3,000 books, as well as school supplies and posters. All sales raised money for student services.

“I like the books because I like to learn new words,” Roman said. “It’s fun to read about adventures that happen to characters.”

Each grade level visited the book fair during their normal library hours. Roman joined her classmates as they navigated through the library of sprawling titles like “Aliens Love Dinopaints” and the “Koala Who Could.” Posters for purchase covered the walls and included Pokémon and Star Wars themes.

“Our students really come to life when they enter the library and see all of their favorite tales in one place,” Wesley Gaines Principal Michael Naruko said. “Our book fair coincided with parent/teacher conferences and allowed kids to share in the joy with their parents as we promoted literacy in homes.”

The District has placed an emphasis on early literacy and encourages parents to read to their children at home. Programs like ‘Get Your A’s Up’, a literacy Academy at Jackson Middle School, inspires students through team building and dialogue exercises.

“Reading empowers our young learners to dream and set new goals for themselves,” Paramount Unified Board of Education President Linda Garcia said. “As we inspire each student’s imagination we reinforce that there are no limits to what they can achieve.”

The books at the Wesley Gaines fair were provided by Scholastic, which puts on literacy events throughout the country. Wesley Gaines has enjoyed its annual event for more than 10 years.

“The book fair at Wesley Gaines is a special tradition that allows our students to indulge in their love of reading,” Paramount Superintendent Ruth Pérez said. “If we can inspire our students and stoke their fire for learning at an early age we can help them unlock a world of successful possibilities for the future.” 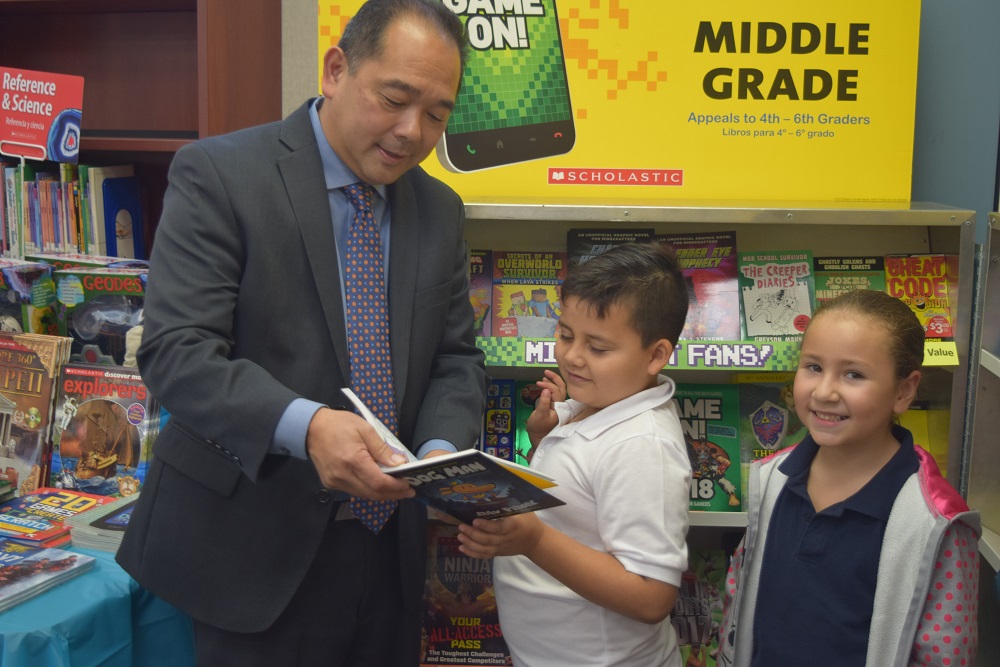