Student art pieces covered the cafeteria walls with works that ranged from portraits, water color paintings and paper cutouts with a variety of geometric prints to black and white photographs and colorful drawings that featured motivational messages.

Four fifth-grade classes prepared for the showcase over nine months by producing monthly art assignments that centered on the work of 10 modern-day artists. A selection of student pieces were sent to each artist – from local to international – to critique and choose their top favorite projects.

“A lot of students have a passion for art, but subjects like math and English take precedence,” fifth-grade teacher and showcase curator Erik Caruso said. “Art is important to supplement the curriculum because it teaches students about self-expression and communication.”

Artists used short video messages to praise the students’ work and to announce their favorite pieces. The artists commended students for their use of color and symbolism, their experimentation with shapes and multidimensional images and for their ability to create a world within each piece.

“It was nice to see that what I created could be a favorite piece for a professional artist,” fifth-grader Jasmine Rodriquez said. “I like bringing peace through in my art and the artists were able to see that.”

Rodriquez was selected as a favorite in three categories.

Some students created self-portraits while others chose to focus on inspirational figures such as major league baseball legend Jackie Robinson and Nobel Prize laureate and human rights activist Malala Yousafzai, with quotes of inspiration incorporated on each portrait.

For one category students were given the theme “make art not war,” and OBEY clothing brand artist Shepard Fairey brought his knowledge on art carrying a social message to judge each of the submissions. Images included the earth in the shape of a heart and a gun on the American flag to show the horrors of war and to advocate for peace and universal healing.

In the photography category each student used a disposable camera to capture images on the Wirtz campus, giving students the opportunity to use film rather than digital tools.

“For such a young group to take instruction and turn it into art in compelling and creative ways is highly commendable,” said Hagop Najarian, professor of art and design at Cerritos College, and one of the 10 participating artists.

Yusuke Hanai, an illustrator and fine artist from Japan, has contributed his expertise to the art showcase since 2010. This year, his work with Kokeshi dolls was used as inspiration for the fifth-graders. Kokeshi dolls traditionally portray female characters; however, Hanai challenged the students to create a modern version of the dolls that feature any image, regardless of gender.

Caruso launched the art showcase in 2009, reaching out to artists Ray Barbee and Fairey to help create an art show for the students. The inaugural show included five artists, and Caruso said this circle of friends expanded the event to include nine artists each year until this year’s grew to 10.

“At Paramount, we strive to ensure that students can grow academically and personally through art education,” Paramount Superintendent Dr. Ruth Pérez said. “This event would not be possible without the commitment and dedication of our educators and the surrounding community support.”

061417_PARAMOUNT_WIRTZART1: Wirtz Elementary School fifth-grade students were commended for their artwork during the school’s eighth annual art showcase on June 5. 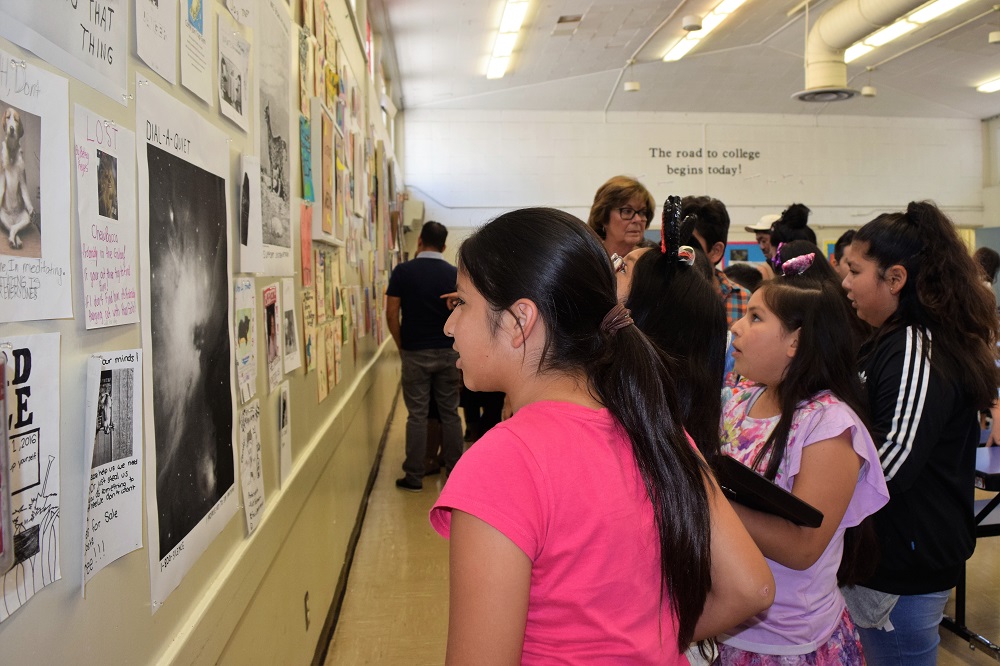 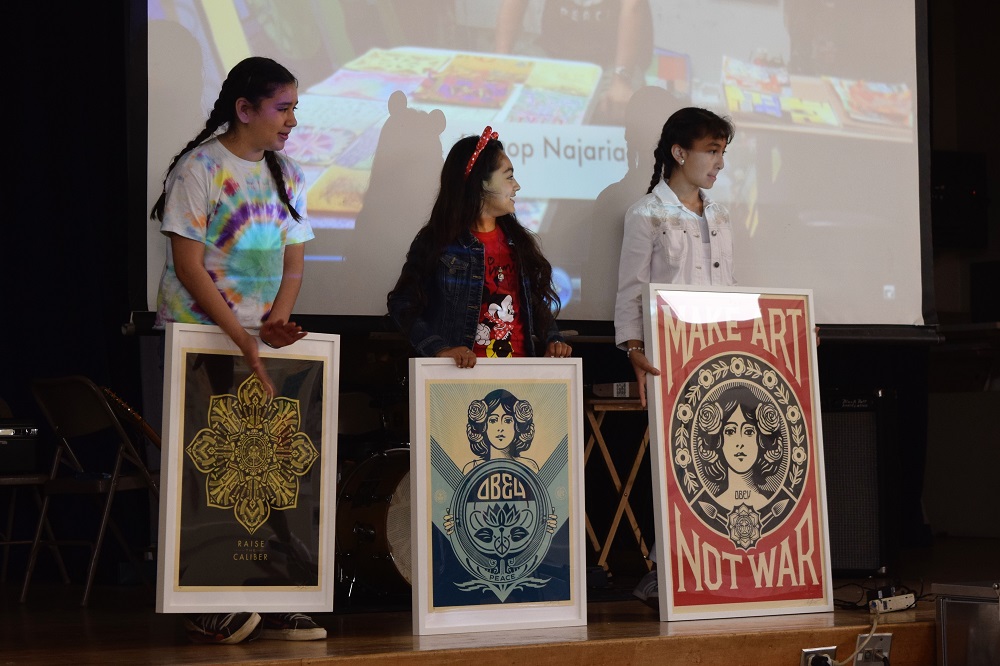