Paramount, CA – Paramount High School Class of 2017 Salutatorian Gabriel A. Garcia is passionately pursuing a life of public service, knowing what it’s like to overcome life’s obstacles and inspiring others to conquer their own.

Gabriel will take a piece of Paramount with him as he heads to UCLA this fall but will also leave behind a record of service to helping improve the community. Serving as president of the Youth Commission, established in 2016 as a partnership between the city and high school students to get them involved with local service clubs, Gabriel worked with civic organizations like the L.A. Mission and Ronald McDonald House and forged a deeper connection with the surrounding area.

“Gabriel knows firsthand what it is like to face challenges as a youth and he has devoted his time to mentoring those who find themselves in similar situations,” PHS Assistant Principal Elizabeth Becerra said.

Overcoming adversity was a part of Gabriel’s life long before he thrived at Paramount High, completing school with a 4.49 GPA to pursue a major in psychobiology at UCLA while enrolled in ROTC.

When Gabriel was just five his grandmother passed away, leaving his mother to care for her 10 younger siblings as well as Gabriel and his younger brother, Joseph, under one roof. The family struggled to make ends meet, and during middle school Gabriel was forced to wake up at 4 a.m. each day to stand in line at food banks and other charitable organizations. The volunteer workers assisting needy families made a strong impression on Gabriel who realized he wanted to devote his life to helping others.

Gabriel, who spent a brief period in a foster home and was homeless for a short time during childhood, eluded the influence of gangs and ultimately found comfort in the familial atmosphere of Paramount.

“When I entered ninth grade I met my biology teacher, Ms. Cook,” Gabriel said. “She assured me that I was pursuing the right path, that school mattered, and that I should look up to my mom for making the choice to care for her family after my grandmother passed away.”

Gabriel’s commitment and resilience allowed him to thrive at Paramount High despite his early challenges.

“To go from living in a small house with 13 people and then be accepted at one of the best universities in the world, this is why the United States is so great,” Gabriel said.

After graduating college, Gabriel plans to apply to medical school, hoping to eventually become a family practitioner after serving in the United States military.

“Gabriel A. Garcia is an inspiration to us all, a young man who has taken control of his destiny through education and public service,” PUSD Superintendent Dr. Ruth Pérez said. “I have nothing but praise for the Paramount High faculty and staff for their commitment to nurturing talented students like Gabriel.”

062817_PARAMOUNT_GRADUATE1: Paramount High School Class of 2017 Salutatorian Gabriel A. Garcia has made a commitment to public service that was inspired by challenges he faced as a youngster.

062817_PARAMOUNT_GRADUATE2: Recent Paramount High School graduate Gabriel A. Garcia will attend UCLA this fall to pursue a major in psychobiology. 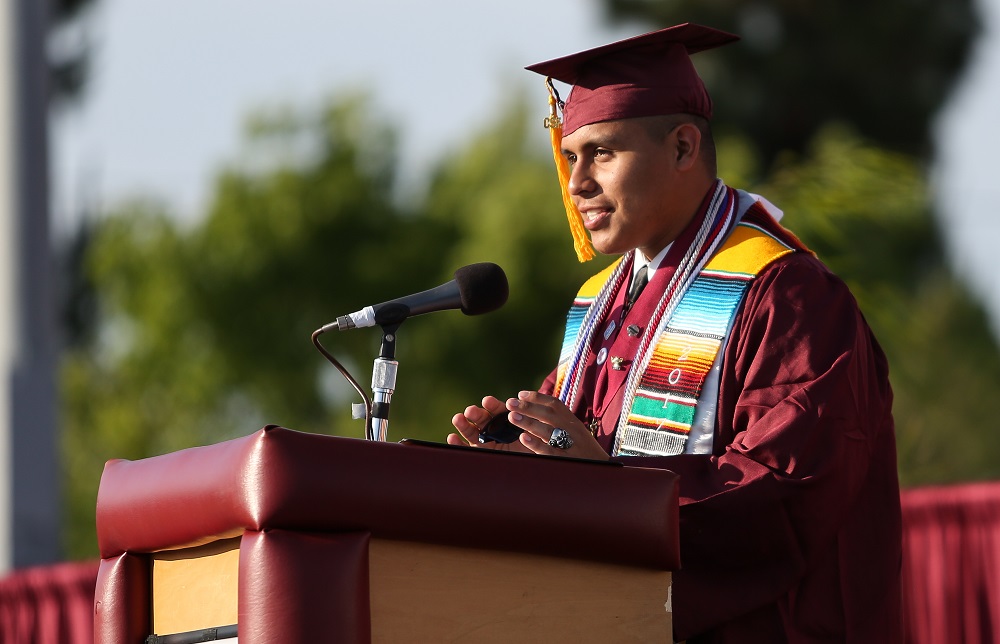 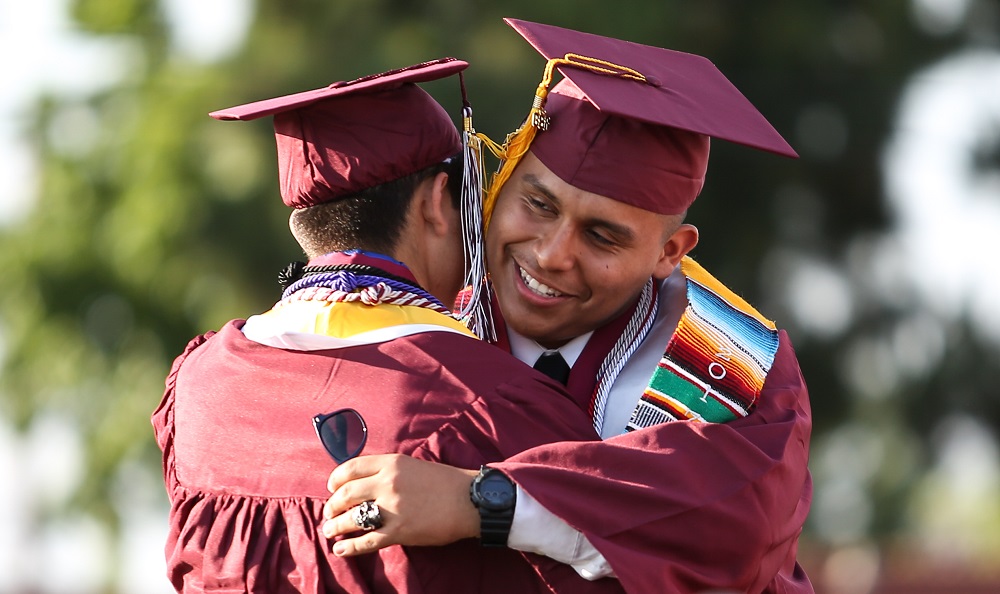