Norwalk – More than 100 Norwalk-La Mirada Unified high school students received a boost in their pursuit of dream careers through a program of mock interviews arranged this week by the Norwalk Education Alliance, learning how to present themselves and articulate their strengths.

Dressed in business-like attire, the students from John Glenn, La Mirada and Norwalk high schools arrived early on the morning of Feb. 24 for an orientation and pep talk led by Joanne Jung, District Director, College and Career Pathways. Then, off they went to impress 20 professionals from a variety of industries in one-on-one interviews at the Norwalk Sports Complex.

“They didn’t get the interview questions in advance, so they had to really think on their feet when I asked them to tell me what they felt were their strengths and weaknesses,” said Norwalk Chamber of Commerce president Julia Emerson, a public affairs manager for the Southern California Gas Co. who helped plan the event.

John Glenn High School senior Jeremias Reyes was one of Emerson’s interviewees. “It was my first job interview ever, and I calmed my nerves by doing some breathing exercises and I tried to speak slowly,” he said. “I think it went well.”

Students expressed appreciation for the experience, particularly the feedback they received from their interviewers, which they said built their confidence for the real thing.

“I learned it’s important to make eye contact to show I’m interested, focused and paying attention,” said Norwalk High junior Lauren Bell, who plans to go into forensic science. “I also learned it’s important to be open in the conversation and interested in what they have to say to me and not just think about what I need to say to them. I gained confidence to do this again, so I know I can do it.”

At the end of the interview, students gathered in a debriefing room to share experiences and write thank-you notes to their interviewers, another important aspect of making a good impression on a potential employer.

The Norwalk Education Alliance is a new partnership of the Norwalk-La Mirada Unified School District, the City of Norwalk, Cerritos College and civic and business. The alliance recruited the 20 volunteer interviewers for the event.

Students prepared in advance by developing resumes, cover letters and portfolios of their work in class. While their level of preparation varied, most students dressed up for the 15-minute interviews.

Norwalk Economic Development Manager Bing Hyun, who led efforts to stage the event, said the preparation and attire indicates how seriously the students, many of whom are economically disadvantaged, valued the interview program.

“Some students asked very insightful, engaging questions, with follow-up questions,” Hyun said. “They’re ready to talk about which colleges they’re looking to attend. They want to know about college, how to get a job, how to go through interviews. They want to know how that young professional got to where they are.”

“We are so fortunate to have such visionary leaders in city government, Cerritos College and in the business community as partners in building a prosperous future for our students,” Danielian said.

“You often hear local leaders say, ‘our children are our future,’ but these local leaders are taking action to support a bright future for our students. We can’t thank them enough,” Morrison said. 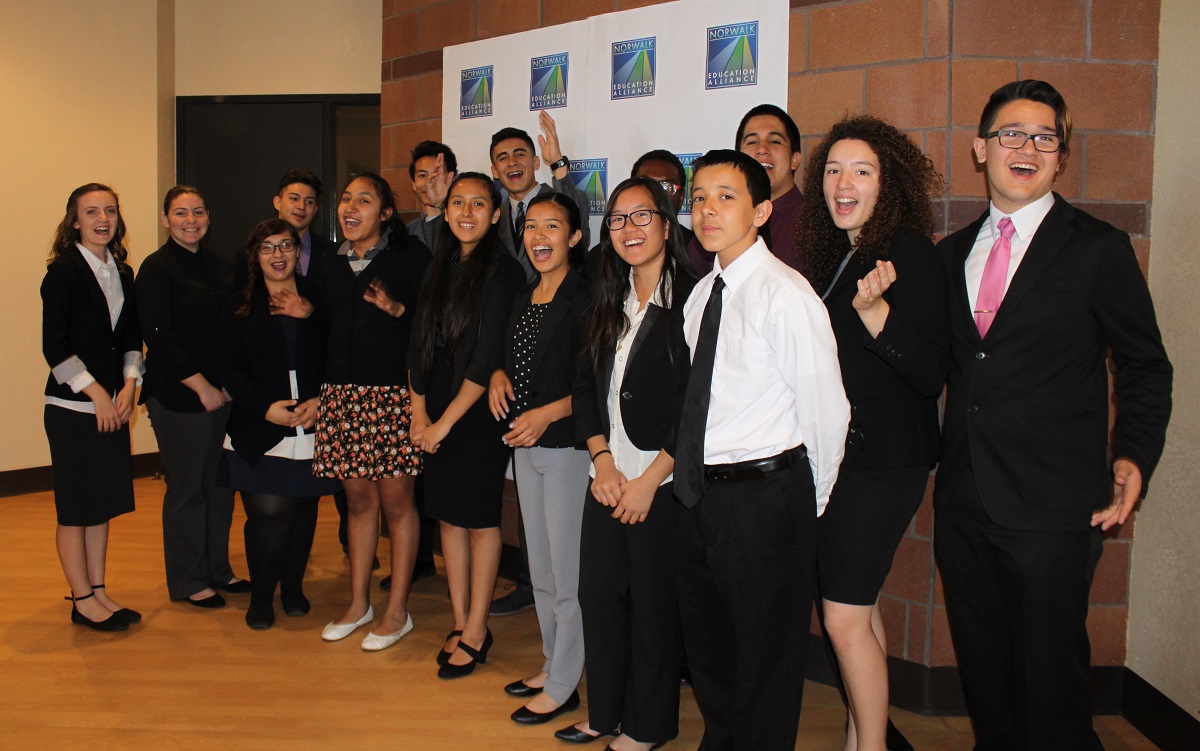 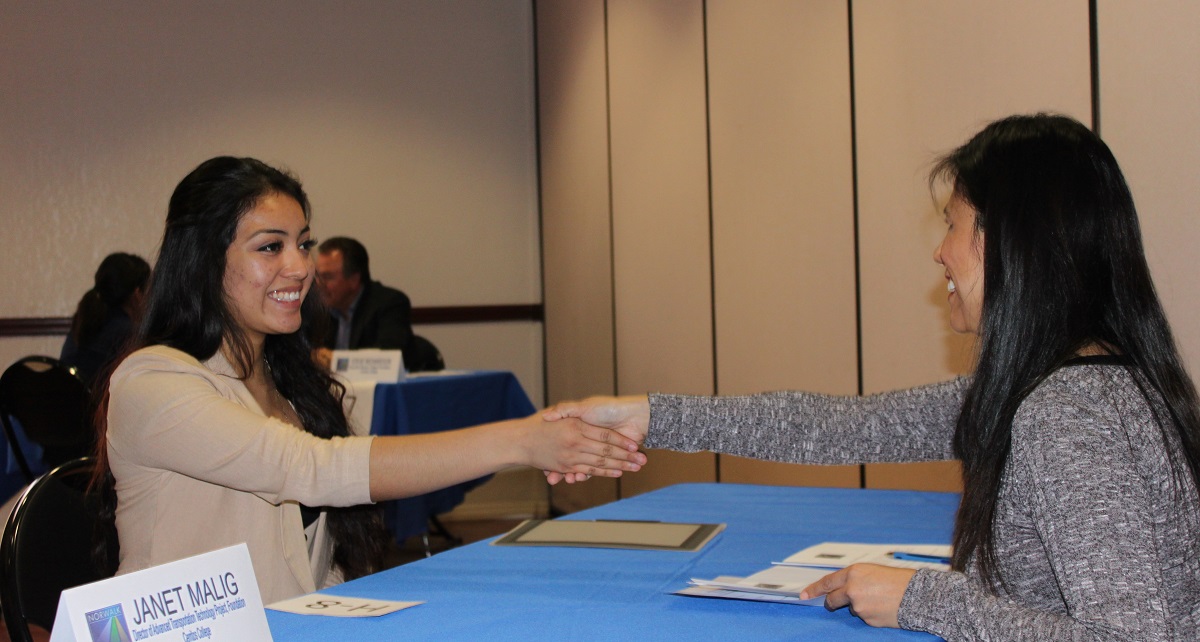 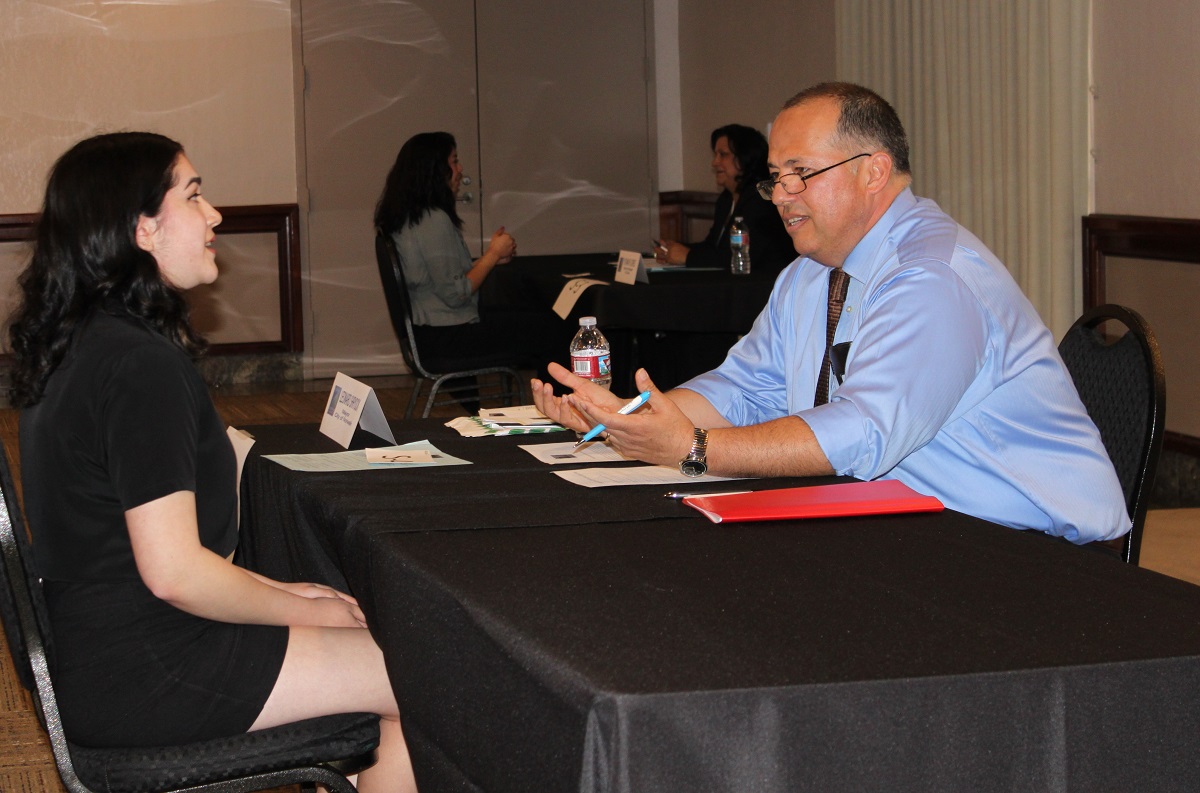