Playing an island-inspired take on pop hits, such as Coldplay’s “Viva La Vida,” the band kicked off the concert that featured students from the District’s middle schools and three comprehensive high schools. Each year, students in their school’s band audition for a chance to be in the Honor Band and this year, 67 middle school students and 53 high school students were invited to perform.

“These are the best musicians in the District,” said NLMUSD Visual and Performing Arts Coordinator Karen Calhoun. “This concert is about students growing on their instruments and getting more proficient. It is encouraging our students to practice.”

After the concert prelude by the Steel Pan Band, the middle school honor band took the stage with guest conductor Phil Mortenson, the visual and performing arts coordinator for the Placentia-Yorba Linda Unified School District.

The band launched into “Courage March” by Henry Fillmore, and played three other pieces, which included “Critical Mass” by Todd Statler, “Air for Band” by Frank Erickson and “Voyage to the End of the World,” by Larry Neeck.

“The Honor Band Concert is one of our most popular events that everyone looks forward to,” said NLMUSD Superintendent Dr. Ruth Pérez. “These students worked very hard to hone their craft and it shows when they put on a remarkable and memorable show.”

Fullerton College Director of Bands Dr. Anthony Mazzaferro served as the guest conductor for the high school Honor Band. He lead the band in a moving and powerful performance that included “The Olympic Spirit” by John Williams, “Ye Banks and Braes O’Bonnie Doon” by Percy Aldridge Grainger, “Fortress” by Frank Ticheli and “Nobles of the Mystic Shrine” by John Phillip Sousa.

“I found myself caught up in the beauty of the music and the talent displayed at the Honor Band Concert,” said NLMUSD Board Member Karen Morrison. “The students put on a marvelous show and I can’t wait to catch next year’s concert. This just solidifies our District’s reputation for having a first-rate arts program.” 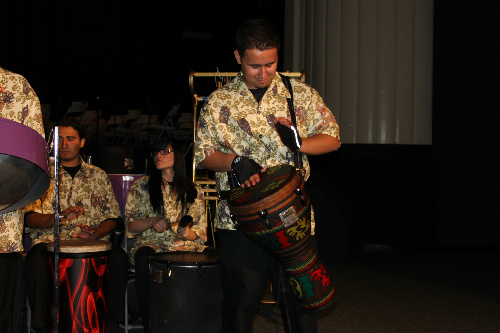 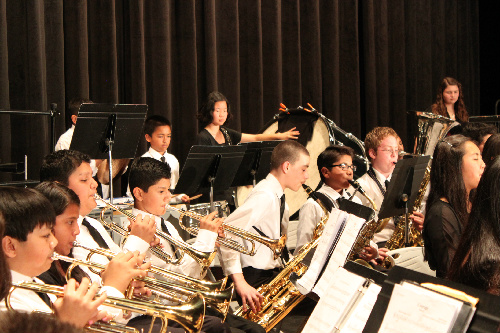 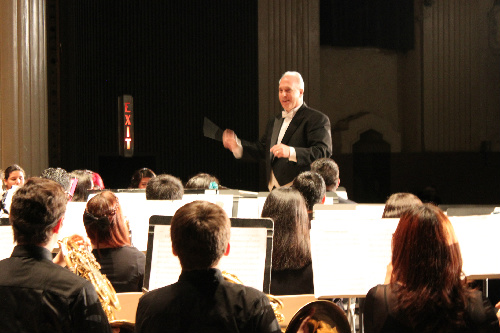