WHITTIER – The Whittier Union High School District will name a new 7,000-seat District football stadium under construction at California High School the “Sandra Sanchez Thorstenson Stadium” in honor of Superintendent Thorstenson, who is retiring in June after 39 years with the District.

Expected to be completed in August, the District stadium will serve as the home field for Cal, Whittier and La Serna high schools’ football teams. The complex will span 22 acres and include separate baseball and softball fields, soccer practice areas and refurbished outdoor basketball and volleyball courts. Its scoreboard will bear the name “Sandy Thorstenson Stadium.”

The District Board of Trustees made the decision March 8.

“I cannot think of anyone else more deserving of this honor than Sandy. She has been a tremendous educator, administrator and transformational leader who reminds us all that demographics do not determine destiny,” Board of Trustees President Leighton Anderson said. “This stadium will remind us all of her beautiful legacy and all she has done for our students and this District.”

“Her strong connection to all five comprehensive high schools epitomizes the sense of family we all feel as part of the Whittier Union High School District,” the principals of California, Whittier and La Serna high schools wrote in a joint letter supporting naming the stadium for Thorstenson. “Sandy Thorstenson has enjoyed tremendous success at every level of leadership and has enabled the District to experience unparalleled success these past 15 years.”

The principals gathered feedback from a variety of groups and committees representing students, parents, teachers, staff and alumni at their respective schools. Each received overwhelming support for naming the stadium for Thorstenson.

Students also showed their encouragement and excitement through a flood of letters sent to the schools. Some also expressed the importance of naming the stadium in Thorstenson’s honor as a message to past, present and future Whittier Union students about all she has accomplished.

The new stadium at Cal High is similar to a stadium complex completed at Pioneer High School in May 2015. The 7,000-seat stadium was named after Richard “Dick” Torres, a pioneering educator who benefited students and schools across the District, including the two that share the field, Pioneer and Santa Fe high schools.

“I feel beyond blessed to have served Whittier Union students, staff and parents for the past 39 years,” Thorstenson said. “It’s incredibly humbling that students, parents, teachers and staff thought of me for this honor. Whittier Union is truly based upon a foundation unlike any other – it’s a family to me.”

STADIUM1: The new football stadium nearing completion at California High School will be named the “Sandra Sanchez Thorstenson Stadium” in honor of Superintendent Thorstenson, who is retiring in June. The name was approved by the Whittier Union Board of Trustees on March 8.

STADIUM2: An aerial photo of the new football stadium under construction at California High School. 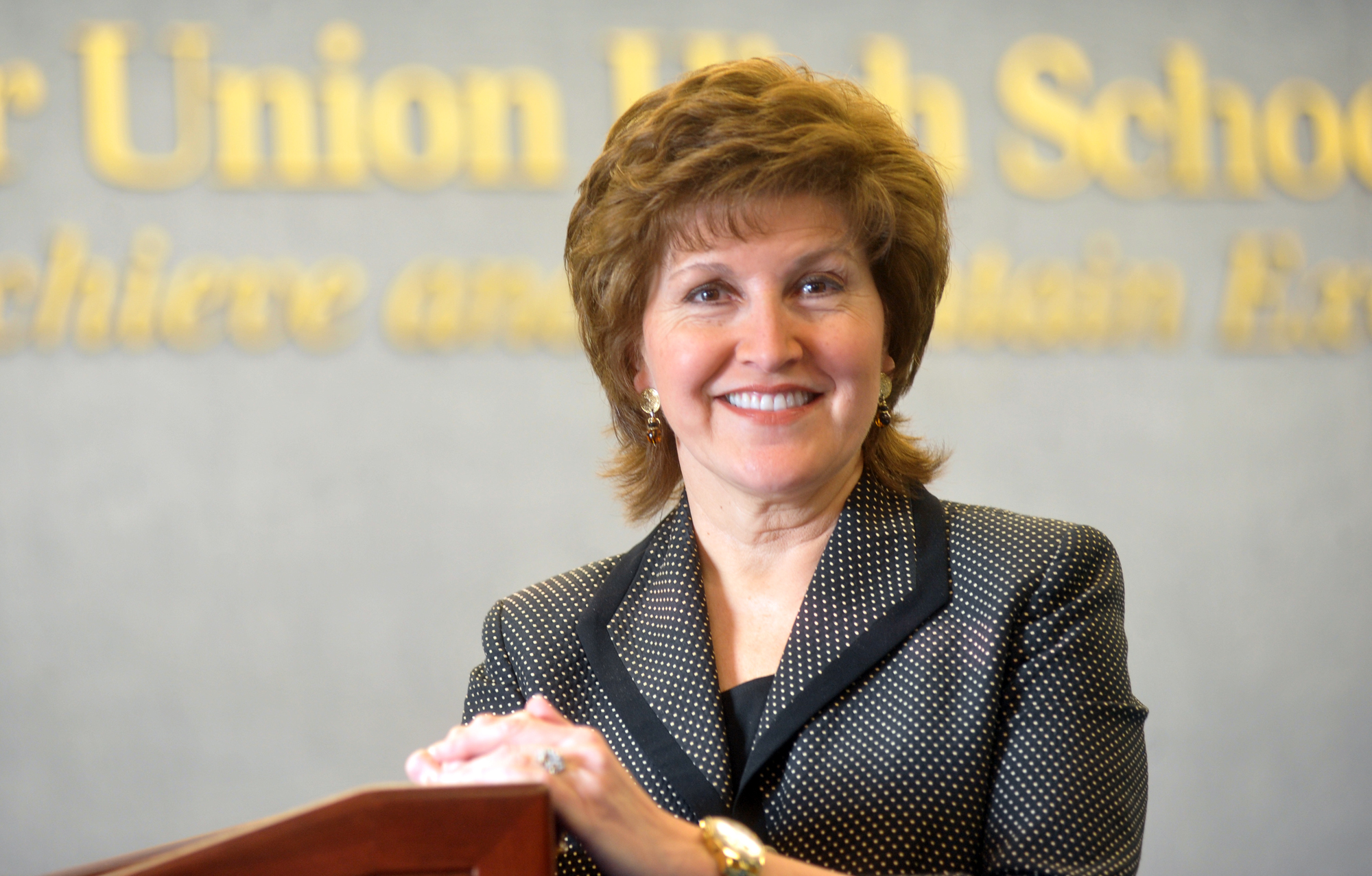 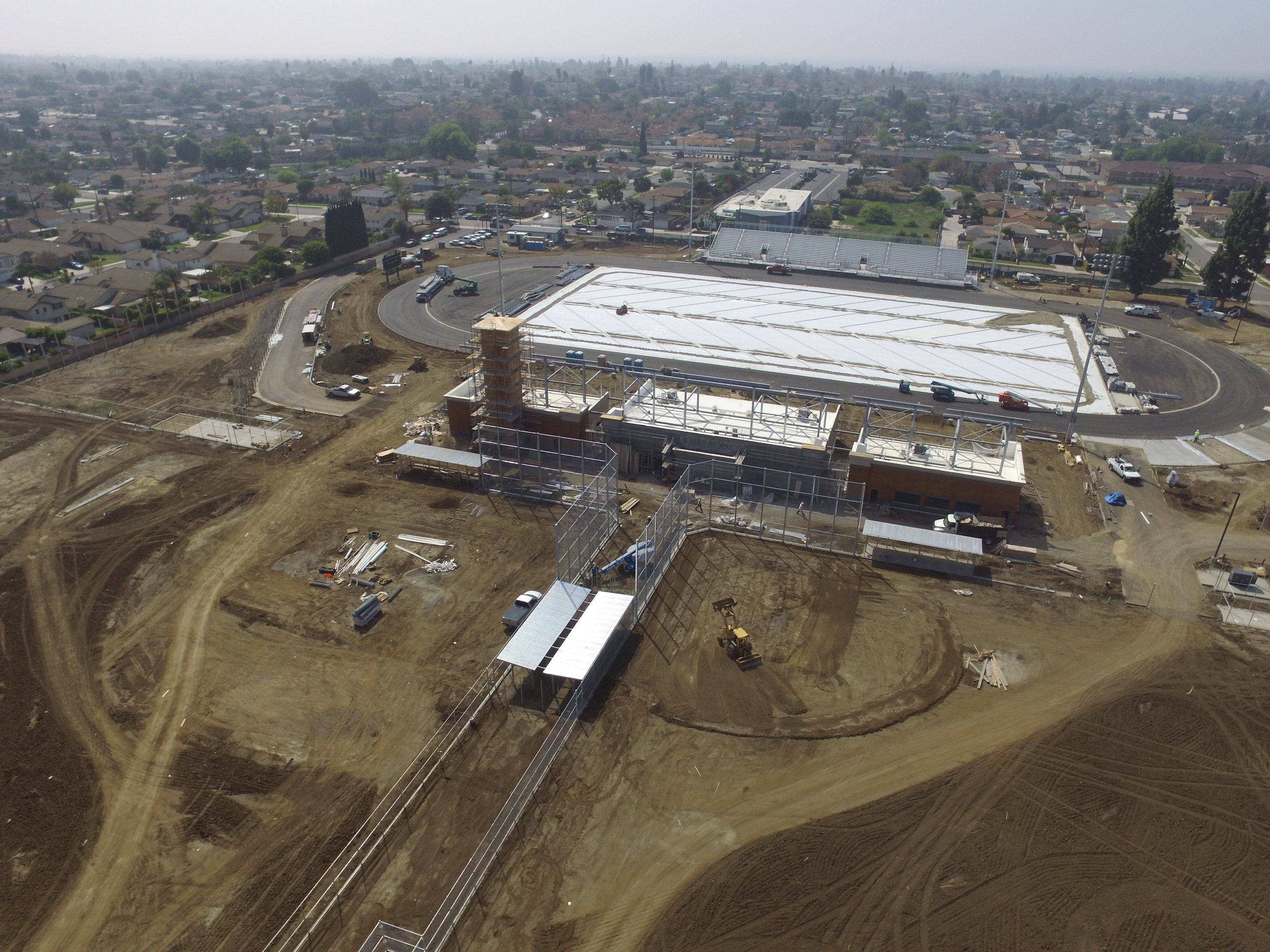 New Whittier Union Stadium to be Named for Longtime Superintendent