Lynwood, Calif. – About 1,500 students jumped to rhythms of up-and-coming artists and participated in developing their own talents in arts and music for two hours in the campus Quad on May 19 as Lynwood High hosted the High School Nation Tour.

The event which not only brought musical acts to the campus but also exposed the students to a world of music, arts and media through interactive areas including the Guitar Center Music Zone, Tilly’s Clothing Zone, Sony Media Zone and the Tulip Art Zone. In these zones, students could play music on top instruments, silk screen T-shirts and create designs for shoes.

Along with the show, High School Nation donated more than $10,000 in music and arts equipment to the school and gave away more than $5,000 in prizes to the students, including Gibson guitars, backpacks and art supplies.

The crowd swayed and danced to the artists including, Jacob Latimore, Leroy Sanchez and The New Officials as part of the multi-state tour. Booths were also available for students to meet and take photos with the artist.

The show also gave journalism students a taste of covering a large music festival as they were allowed to go back stage with press passes, shoot photographs and do interviews. Drama and music pupils were welcomed to a question-and-answer session with the performers before the festival.

“It was such an honor to be selected as one of the campuses that High School Nation visited this year,” said Lynwood Unified Superintendent Paul Gothold. ”These young artists inspire our students to achieve their goals. They know that if they put in the time and hard work, they too can become successful. High School Nation’s donation of musical and arts equipment will help us continue to encourage our young artists.”

Five students also had the opportunity to get on stage a sing in front of their peers in a contest.

“It was so great to share my talents with my classmates,” said Ervin Garcia, 17, who won a wireless microphone by singing few bars of Etta James’ “At Last.” “It’s going to be karaoke every Friday night at my house.”

For 10 years, High School Nation has worked with thousands of public high schools and middle schools across the country. It began with a focus on providing free lunchtime concerts for students, and has since grown into a facilitator for talented student artists. High School Nation provides opportunities for teens to express themselves through the arts, while also learning first hand from established professionals in all areas of the arts. Lynwood High was the 22nd of 25 stops on the 2015 High School Nation Tour, which visited schools as far away as New Mexico and ends May 22 in San Diego.

“We have to thank High School Nation for coming to Lynwood High and giving so many of our students opportunities to interact with the artist and be creative,” said Maria Lopez, Board of Education President. “This is the kind of event that these students will never forget.”

HighSchoolNation1: Leroy Sanchez sings in front of more than a thousand Lynwood High students during the High School Nation Tour event held in the campus Quad on Tuesday, May 19, 2015.

HighSchoolNation2: Jacob Latimore dances during his performance in front of more than a thousand Lynwood High Students during the High School Nation Tour event held in the campus Quad on Tuesday, May 19, 2015.

HighSchoolNation3: Lynwood High students play on full drum kits set up in the Guitar Center Zone during the High School Nation Tour event held in the campus Quad on Tuesday, May 19, 2015. Students were able to play music or silk screen tee shirts and caps during the event. 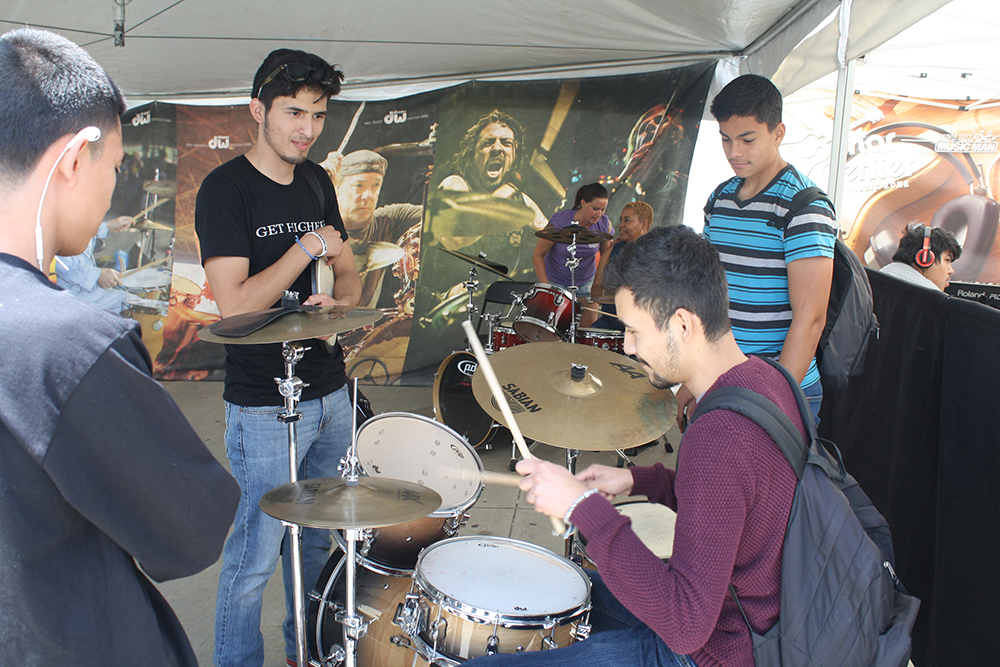 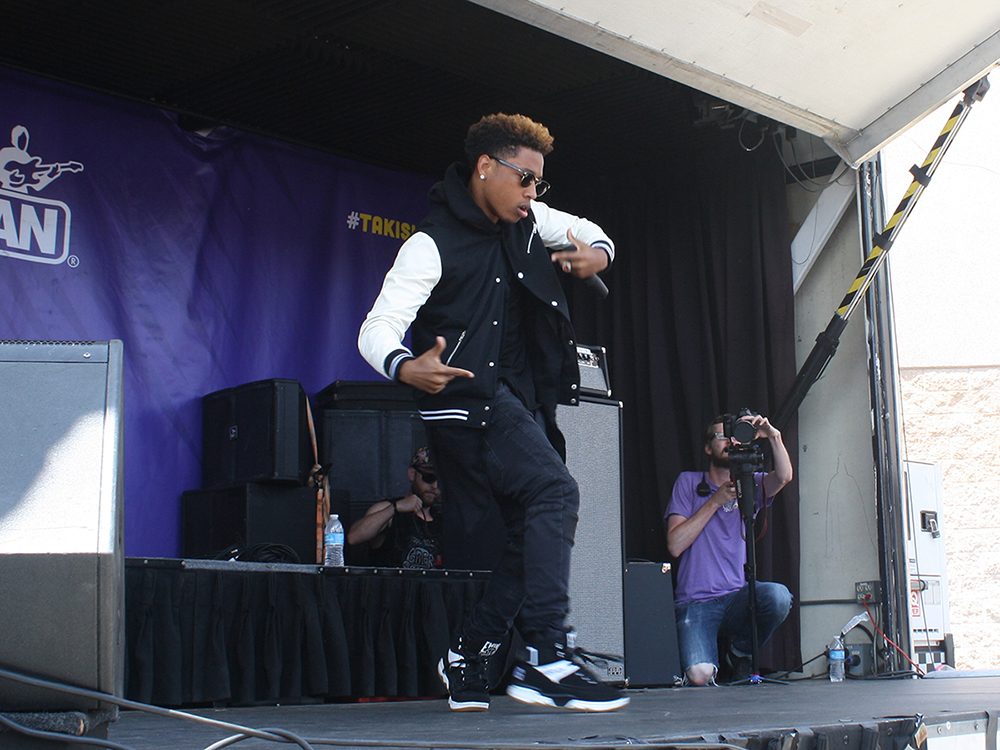 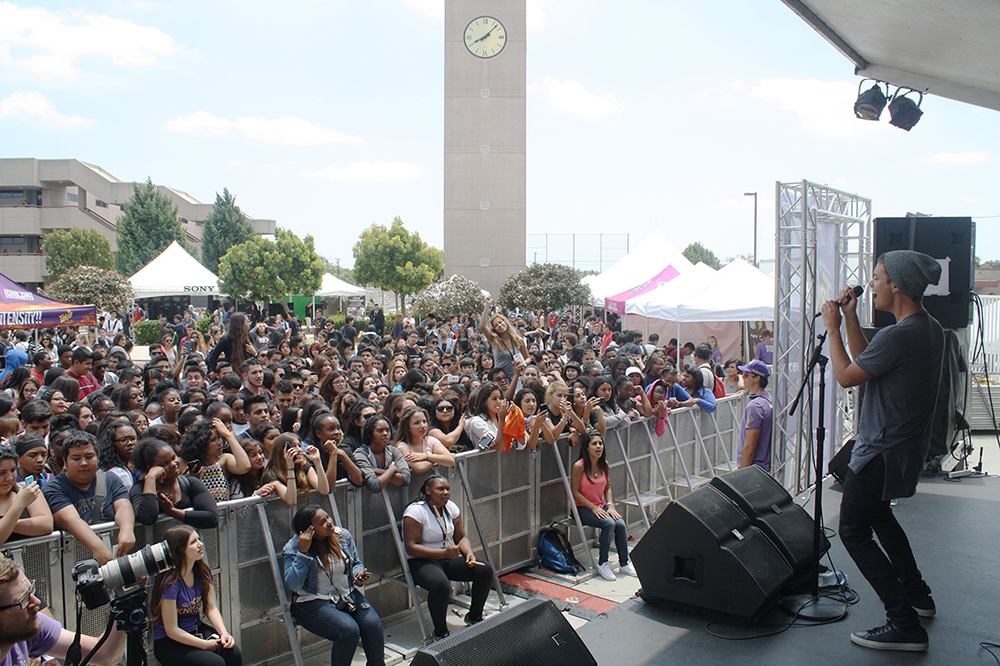