MONTEBELLO – More than 2,000 Montebello Unified students from Bell Gardens, Applied Technology Center (ATC), Montebello, Schurr and Vail high schools were honored as 2016 graduates on June 15 and 16 during commencement ceremonies that celebrated scholastic achievements of the past and exciting prospects for the future.

“I could not be more proud and excited for our graduates who have achieved so much and are an inspiration to their families and friends,” MUSD Board President Benjamin Cárdenas said. “From scholars and club members to athletes and our Pathway students, the 2016 class is a diverse group that represents success in many facets of life. Congratulations to all our graduates!”

On June 15, the Spartans enjoyed commencement, highlighting a group of standouts that included valedictorian Gabriel Brossy de Dios, salutatorian Argenis Valdovinos and Principal’s Award winner Roberto Miranda. An exceptional budding writer, Miranda finished with a 4.4 GPA and is a national medalist of the Scholastic Writing Awards. He is the editor in chief of Schurr’s student publication and will be continuing his education at Harvard next fall.

De Dios was a speaker at East Los Angeles College’s Weingart Stadium, and in presenting to the crowd got a glimpse into his planned future career as a high school teacher. Finishing with a 4.42 GPA, de Dios was the second vice president of the California Scholarship Federation and will attend Pennsylvania’s Swarthmore College. Valdovinos, a National Honor Society treasurer, hopes to be an actuary and will study math and science at the University of California, Berkeley.

Salutatorian Kimberly Davila will be the first member of her family to attend college when she begins classes at Brown University, receiving the ultimate sendoff party along with her fellow Oilers on June 16 at Heaman Field. Davila has a 4.37 GPA and was recognized along with valedictorian Joseph Chavez who has a 4.41 and will also be an Ivy League student when he begins classes at Dartmouth.

Valedictorian Erik Herrera addressed his fellow Lancers on June 16 at East Los Angeles College’s Weingart Stadium, earning his place at the podium thanks to a 4.37 GPA. More than just a scholar, Herrera was an avid member of the school’s marching and jazz bands and is now preparing to attend the California Institute of Technology where he will major in computational mathematics.

Salutatorian Alejandra Uribe graduated with a 4.33 GPA and a heart for engaging others as evidenced by her participation in Leo’s Club, which encourages youth to be more involved in social service activities, and the American Sign Language Club. She will attend UCLA to major in mathematics and will also be applying to the UCLA School of Engineering.

The ATC Amphitheater was the site of the school’s festivities on June 16 when cheering family and friends gathered to watch the Iron Horses toss their tasseled caps. ATC trumpeted three of its top seniors all set to attend UCLA. Valedictorian Emanuil Parunakian is among them, boasting a 4.05 GPA while Anna Oganesian and Caroline Valadez each have 3.92 and will also join the college campus in Westwood.

Vail High School Vikings marched into the Vail Amphitheater on June 15 to flip their tassels and collect their diplomas. ASB President Itais Cortez was named Vail’s top senior, graduating with a 3.0 GPA and set to attend East Los Angeles College to study psychology in the fall. ASB’s Vice President Natalie Vidal graduated with a 2.8 GPA and is headed to UEI College to study medical assisting.

“We are so proud to watch our students walk across the stage and receive their diplomas, marking the completion of one journey and the start of another,” Montebello Superintendent Susanna Contreras Smith said. “Our 2016 graduates are an exemplary group that is a tribute to their own hard work and ambition as well as the commitment and support of our teachers, parents, staff and community.” 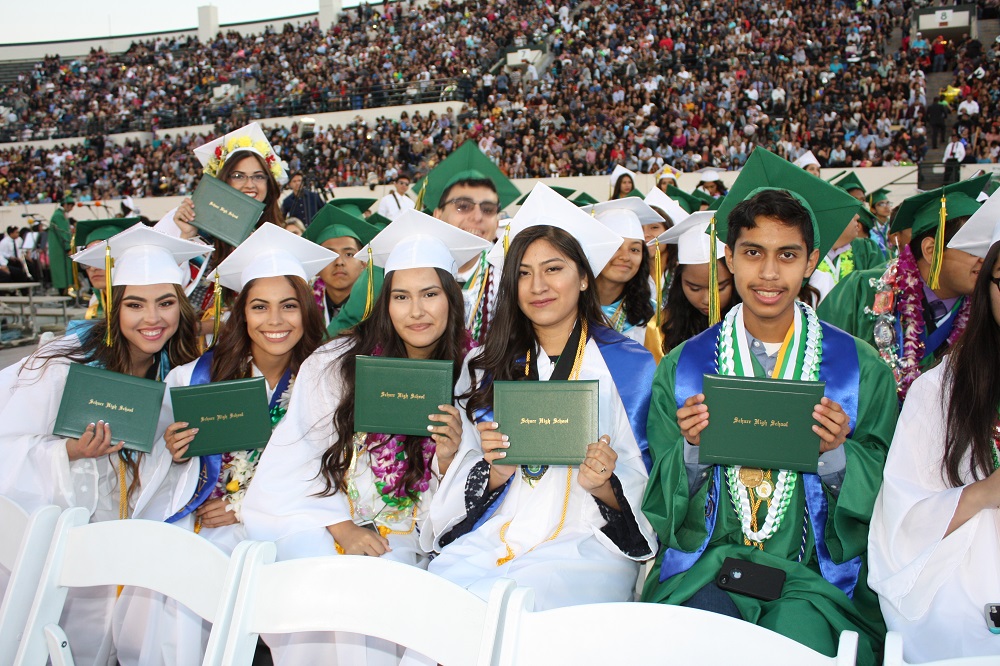 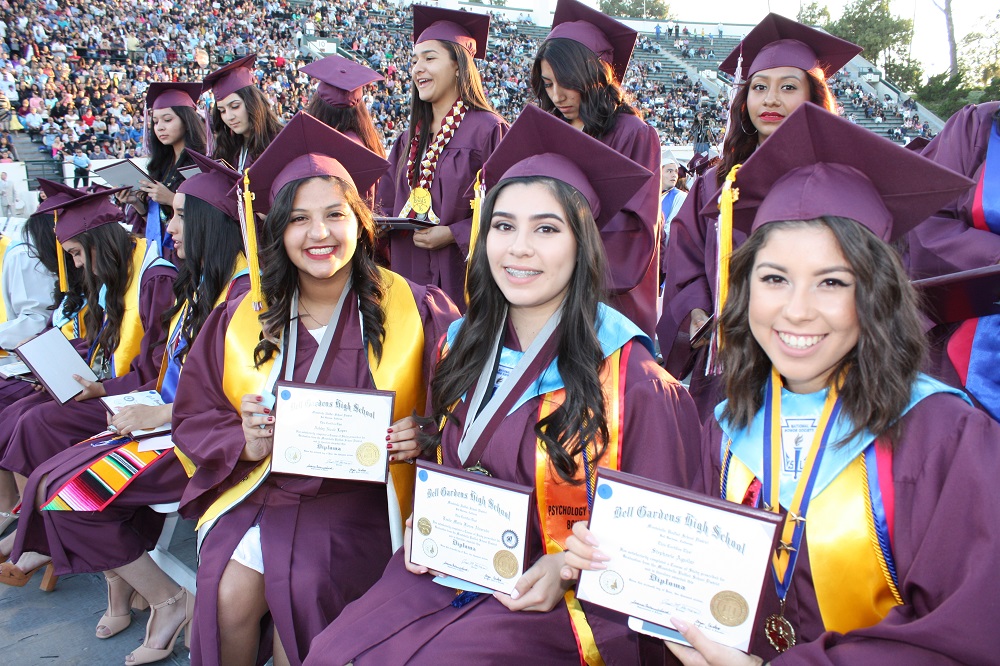