The Flag Day festivities, sponsored by the Norwalk Lions Club, are a District tradition, serving to increase awareness and educate students about the importance of patriotism.

“It is so wonderful to see such enthusiasm and creativity from the students on such a special day,” NLMUSD Superintendent Dr. Hasmik Danielian said. “We are tremendously grateful to the Norwalk Lions Club for sponsoring this event every year and for providing the community with much-needed support and services.”

“It is an honor to be selected to host the Flag Day celebration,” Moffitt Elementary principal Maureen Bixby said. “We have a special bond with the Lions Club and the City of Norwalk, who support our community and are always looking for ways to benefit our students and their families.”

It was a homecoming for Norwalk Lions Club president Marcus Gomez, who is a Moffitt Elementary School alum. Gomez spoke to the assembly about the charitable work performed by the Lions Club and, along with Anthony Garcia and Dora Sandoval of the Lions Club, assured the students that the small flags they received at the beginning of the day are just as valuable as the flag that flies over the White House.

1. Moffitt Elementary Kindergarteners proudly wave the Stars and Stripes before singing “Take Me Out To The Ball Game” during Flag Day festivities at Moffitt Elementary School on Friday, Feb. 19. Flag Day, sponsored by the Norwalk Lions Club, is an annual tradition at Norwalk-La Mirada Unified School District.

2. The Southeast Academy High School Honor Guard prepare to present the flag to begin the Flag Day ceremony at Moffitt Elementary School in Norwalk on Friday, Feb. 19. After the John Glenn High School Band led the assembly in the National Anthem, students from Kindergarten through fifth-grade told stories and performed patriotic songs.

3. Moffitt Elementary School third-graders Veronica Perez (left) and Ida Turner (right) smile after leading their classmates in a performance of “This Land Is Your Land” during Norwalk-La Mirada Unified School District’s annual Flag Day celebration sponsored by the Norwalk Lions Club. The youngsters led the third-grade class in a sign language interpretation of the patriotic classic. 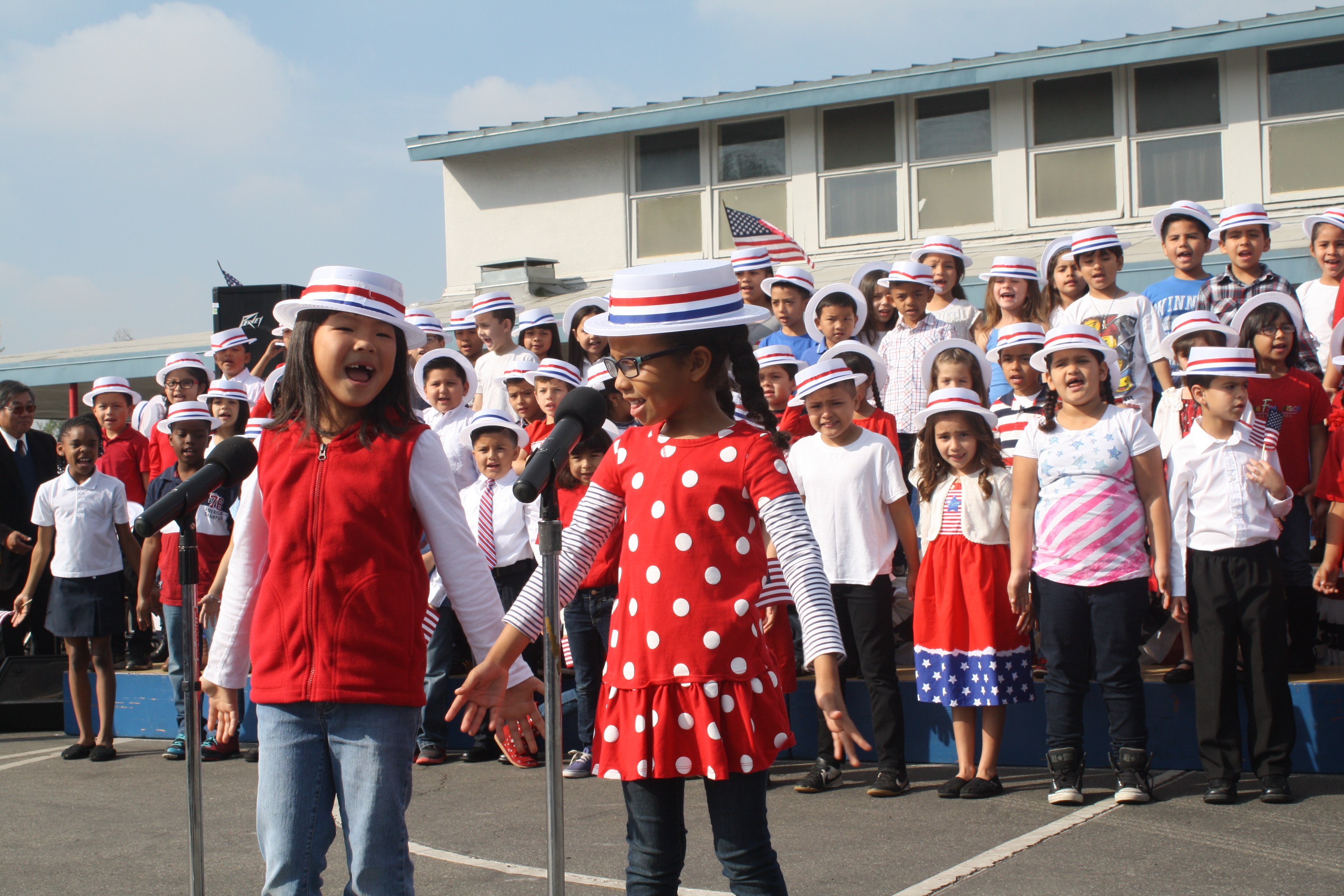 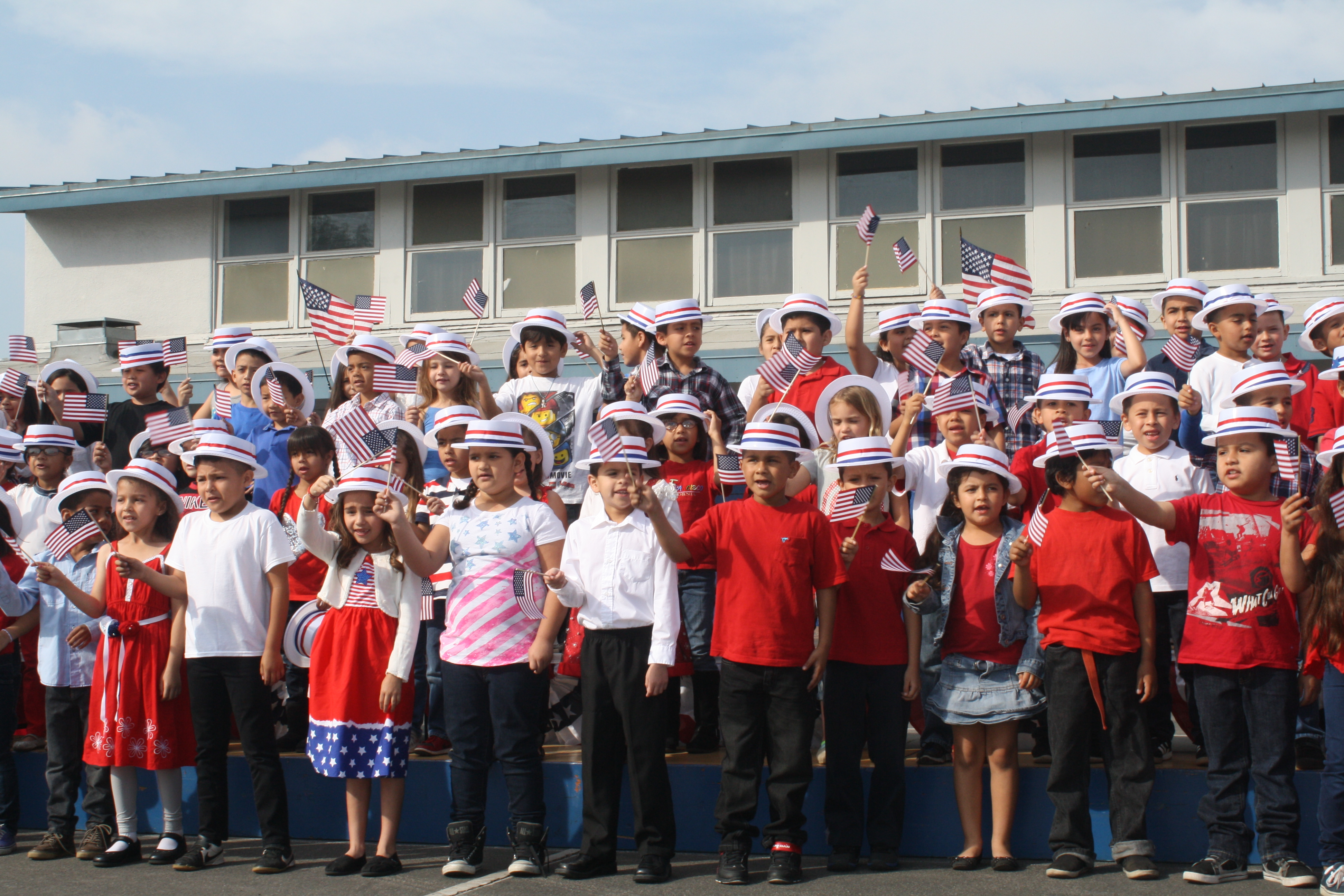 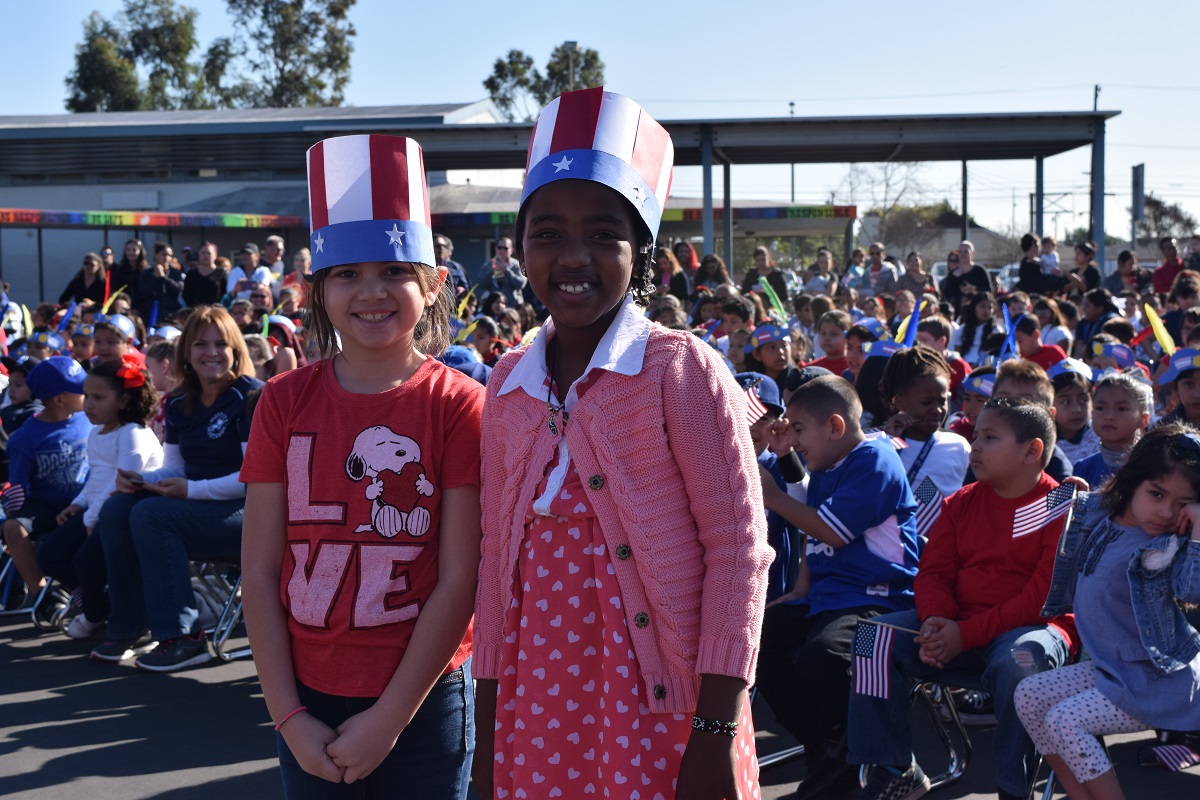 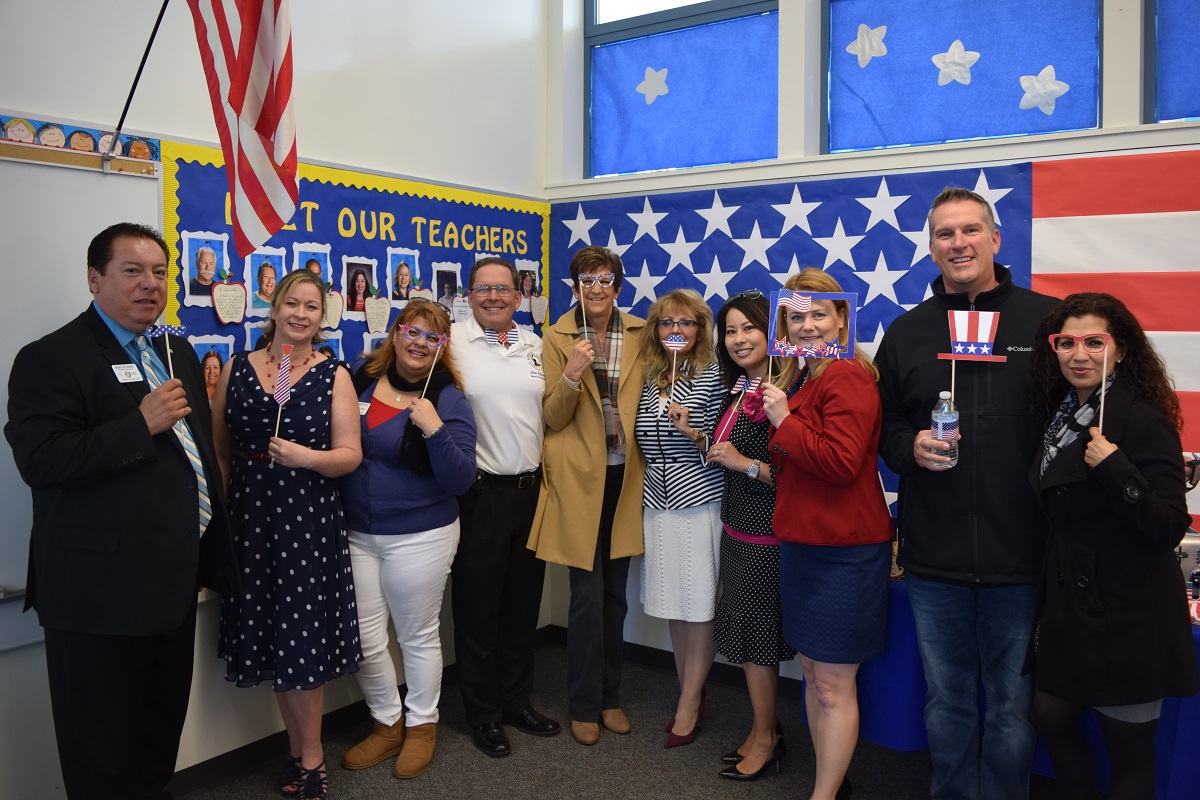