MESA is a national program that provides activities, competitions and academic support to help middle and high school students gain insight in engineering, science and other math-based professions.

“Our MESA team gives many of our students an avenue to be themselves and create amazing projects they never knew they could,” said Adam Brand, algebra teacher and a coordinator of Chavez Middle’s MESA team. “We have a big after-school family, and the kids are always so excited to learn from each other.”

Out of about 350 students representing 35 schools at regionals, the Chavez team of 19 sixth-, seventh- and eighth-graders brought home winnings for balsawood gliders, mousetrap cars, a math exam and an EggXpress packaged egg drop challenge.

“Our students are challenging themselves every day by staying after school and constructing these engineering projects,” LUSD Superintendent Paul Gothold said. “Their motivation to learn these technical skills early on is inspiring and we are so proud to have them represent our District at these competitions.”

“I’ve wanted to do the Prosthetic Arm Challenge since I was in the sixth grade, and this year I could finally do it,” Liera said. “It was a lot of work, but we each focused on what we knew best and got through the project together.”

The Chavez Middle MESA team meets after school almost every day leading up to competitions, perfecting the speeds of cars and the aerodynamics of egg-drop boxes.

“This MESA team helped me get out of my bubble and prepare for my future,” said Valdez, who wants to study biomedical engineering in college. “Through this program, I was able to see that I could learn about engineering while creating things on a budget — I don’t have that opportunity in any of my classes.”

Chavez teachers Raul Vallejo, Richard Merrill and Jesus Hernandez all coordinate the Chavez MESA team alongside Brand, whose father, Gerald Brand, uses his experience as a retired engineer to help students with coding and engineering designs.

“It is so gratifying to know we have teachers, staff and family members willing to take personal time out of their day to help students with technical subjects like this,” LUSD Board President Alma-Delia Renteria said. “Our District thrives because of our students who constantly achieve anything they put their minds to — it’s truly inspiring.”

MESA1: The Chavez Middle School MESA team shows off its medals, ribbons and trophies after the MESA regional competition on April 9 in Riverside. The team brought home multiple first-, second- and third-place wins along with second place overall for the Prosthetic Arm Challenge 2.0. 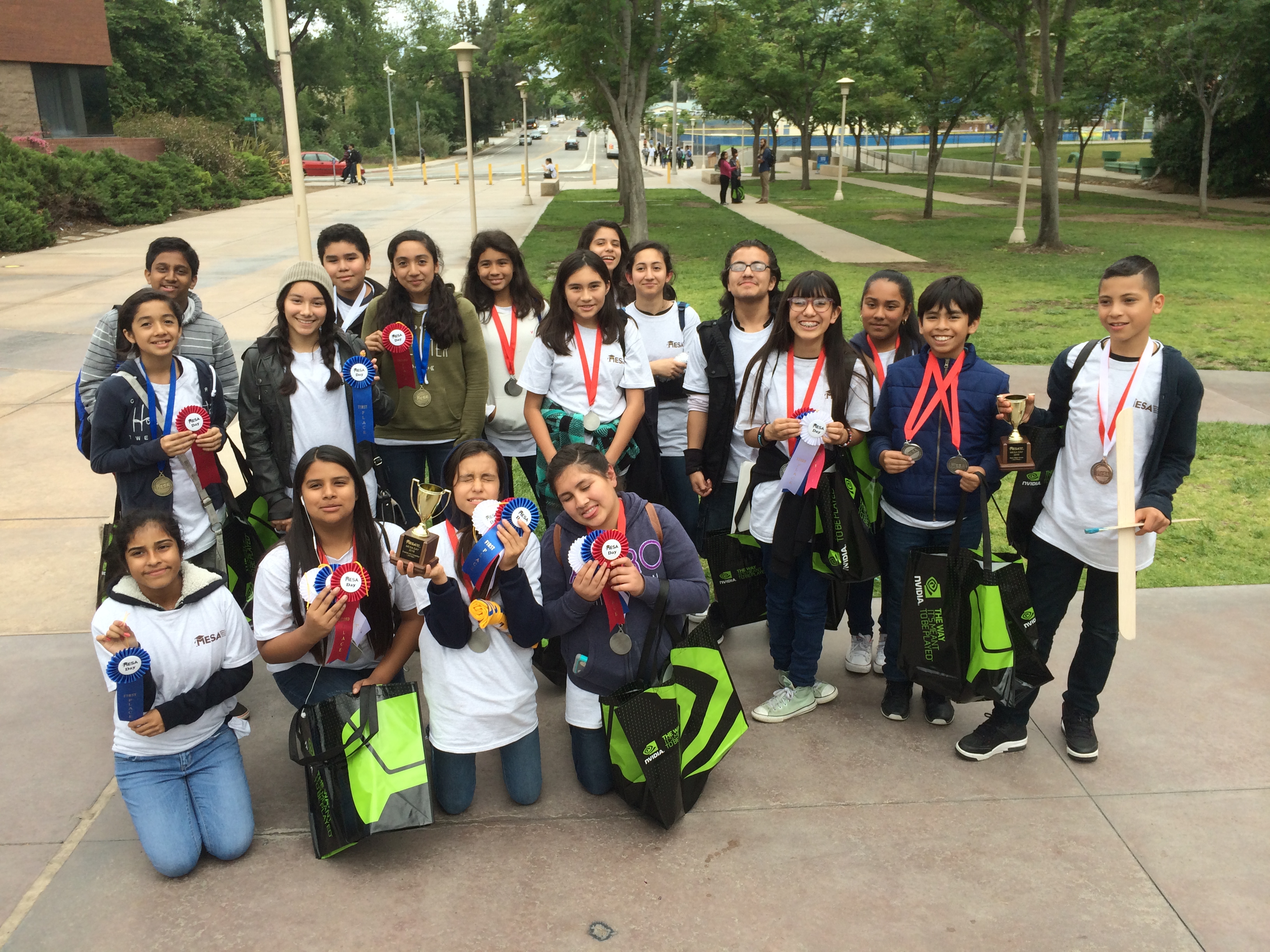 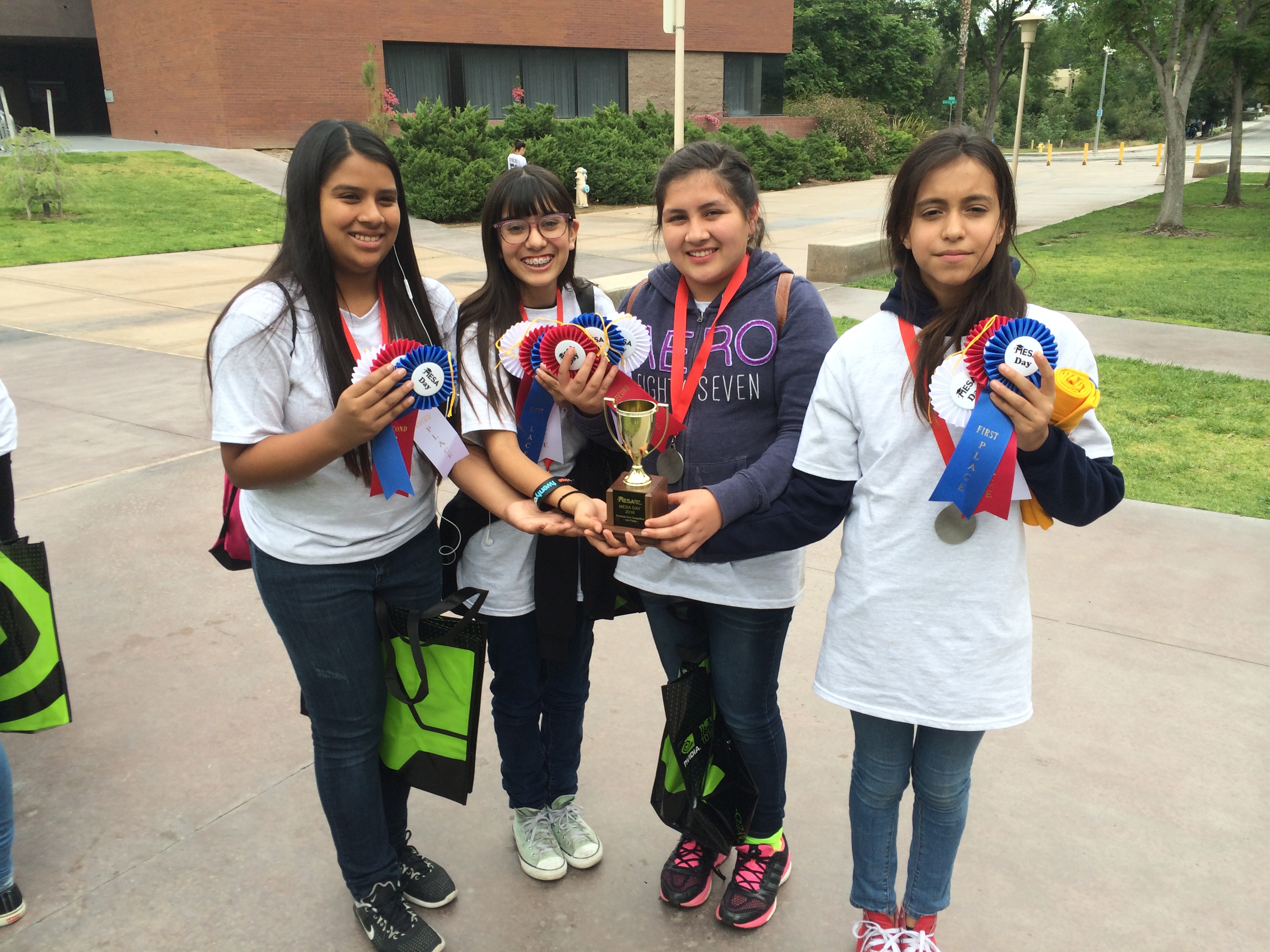