Seniors Oscar Dominguez and Christian Cuevas from Lynwood High School and juniors Jasmine Wheatley and Virginia Ortega from the AdvancePath Academy, an alternative school site operated in collaboration with the Los Angeles County Probation Department, watched other student and professional films at the festival while screening two of their own.

All four student filmmakers collaborated on a film about the power of words driven by former South African President Nelson Mandela’s comment, “It always seems impossible until it’s done,” while Cuevas also wrote and directed “Miracle Whiplash,” a parody of the 2014 Oscar-winning film “Whiplash.”

“It felt good to see a film that I worked on up there on the screen,” Dominguez said. “I think it was the best film we produced this year and I’m really proud of what we accomplished.”

The trip was made possible through a partnership between Lynwood Unified and Southern California Crossroads, a nonprofit that holds programs for students to confront social issues through filmmaking.

Up to six Lynwood Unified students from the Crossroads program are invited to screen their works each year at the Tribeca Film Festival, representing the only out-of-state student attendees.

“It is a huge accomplishment for our students to have their work displayed around the nation,” Lynwood Unified Superintendent Paul Gothold said. “Our District prides itself on its visual and performing arts, and seeing our students crafting and showcasing projects like these speaks volumes about our students and these programs.”

The selection of Lynwood Unified students is based on attendance, participation, an essay and family background. The students raised the funds necessary for the trip and also received a donation from St. Francis Medical Center to help cover the costs of the trip.

The “Power of Words” film presented an interview with Dr. Tchaka Shepherd, a surgeon at St. Francis Medical Center in Lynwood, who took viewers behind the scenes while he made his rounds throughout the hospital.

“We thought he was the perfect subject because he’s seen so much of what is happening in Lynwood,” Dominguez said.

“The festival was really inspiring because students on the East Coast have a different perspective than we do when creating films,” Wheatley said. “They really put their personal life stories and struggles into their videos, and that made it really emotional at times.”

Students attended the first of the two Tribeca film screenings the morning they arrived and went to Rikers Island for a second day of screenings held at the female prison complex as part of a screenings program for female inmates.

Dominguez and Cuevas graduated this month from Lynwood High and plan to attend college in the fall. Wheatley hopes to study law and Ortega looks to pursue film production after they graduate from AdvancePath next year.

“It is great to see our students get recognized for their talents at huge events like the Tribeca Film Festival,” Board President Alma-Delia Renteria said. “Very few students get an opportunity like this, and they deserved it for all the hard work they put into making these films.” 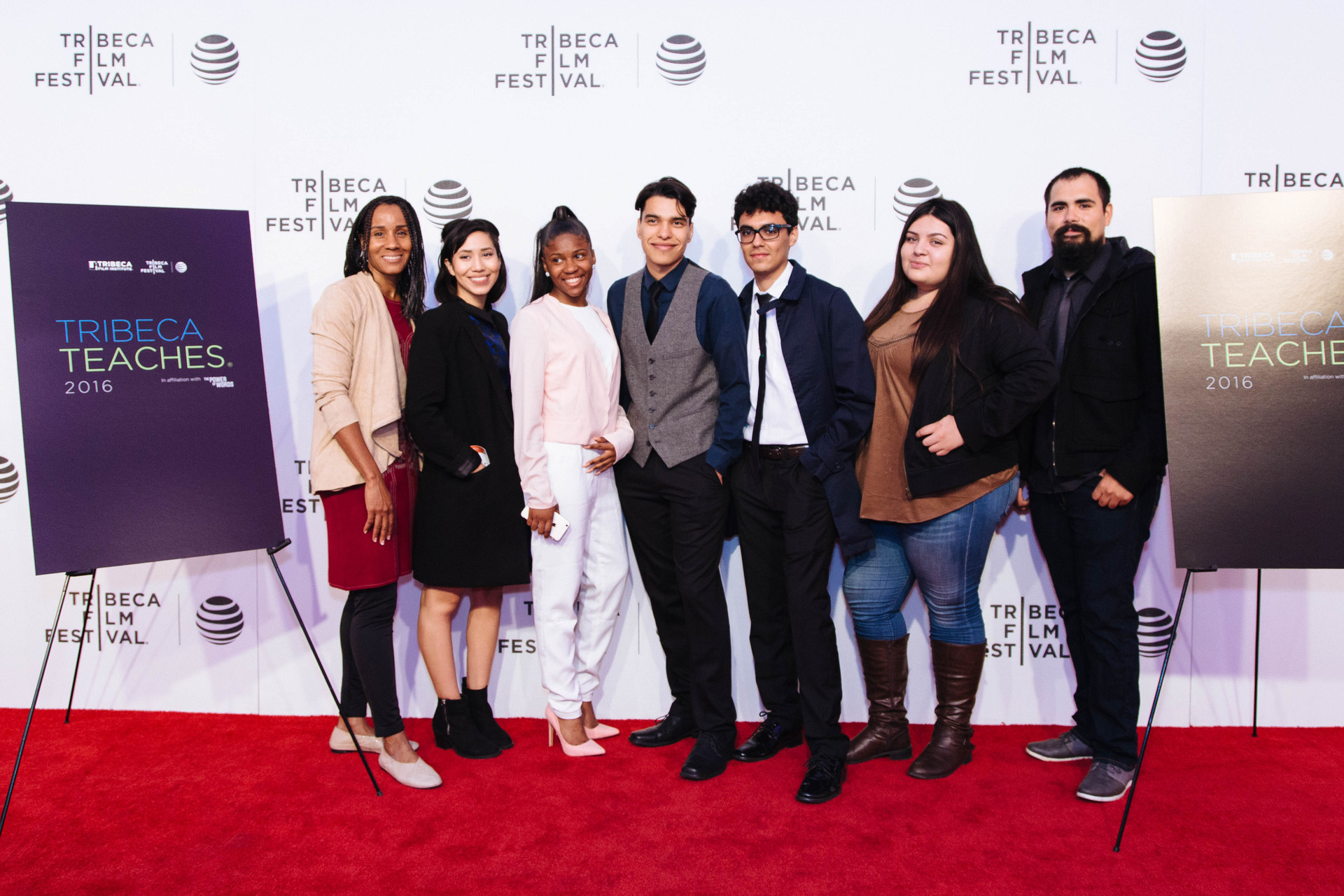