Lynwood – Lynwood Middle School seventh-grader Jakin Anderson grieved, laughed and ultimately triumphed in his role as a Rwandan author whose literary account of his country’s 1994 genocide helped bring nations together.

Anderson wowed an audience at Lynwood Middle School on Nov. 16 during his pivotal part in “Arthur’s Diary,” a play written by Rwandan students that chronicles forgiveness and reconciliation amid the 1994 genocide. The production was a part of the District’s Building Relationships and Inspiring Dialogue through Global Exchange (BRIDGE) Theatre Project.

Through the program, Rwandan students performed a Lynwood play, “The Wall,” over summer.

“I thought it was pretty cool to get to interpret the words of someone all the way in Rwanda,” Anderson said. “The play was very meaningful and taught some important lessons that everyone can learn from.”

Through the BRIDGE Theatre Project, Lynwood Unified students in grades four through eight are learning to write short plays, perform plays and study other cultures. The program provides 19 workshops for nearly 500 District students over eight weeks to teach students the basics of improvisation, character creation, writing conflict and dialogue, and how to collaborate with other student writers.

“Students in the program feel a tremendous sense of accomplishment when they see their work in action and feel an audience responding to it,” BRIDGE Theatre Project cofounder Joe Quintero said. “Each performance instills confidence in students that they can build upon in all areas of their lives.”

“Arthur’s Diary” was one of four performances by Lynwood Unified students on Nov. 16 during a night that included two original works and a presentation of the Ikinimba dance, a musical tradition in Rwanda that tells the stories of heroes and kings.

Lynwood Unified students will perform their own original works at their schools throughout the year. At the conclusion of each night, the students receive certificates as playwright and actors as well as a copy of the play to which they contributed.

“BRIDGE is allowing our students to pursue their passions while learning about the world around them,” Lynwood Unified Board President Alma-Delia Renteria said. “Learning fresh perspectives will help them to be more well-rounded as students and people.”

This is the fourth year that the District has partnered with the BRIDGE Theatre Project and the program is continually increasing opportunities to showcase work across the globe.
“We’re proud of our partnership with BRIDGE and all the students who work so hard to bring theater to life,” Lynwood Unified Superintendent Gudiel R. Crosthwaite said. “Our children are learning that art can teach lessons that transcend geography and culture.”

112117_LUSD_BRIDGE1: Lynwood Middle School seventh-grader Jakin Anderson on Nov. 16 starred alongside his classmates in “Arthur’s Diary,” a play written by Rwandan students. The performance was a part of the District’s BRIDGE Theatre Project.

112117_LUSD_BRIDGE2: Through the BRIDGE Theatre Project, Lynwood Unified students will perform their own original works at their schools throughout the year. 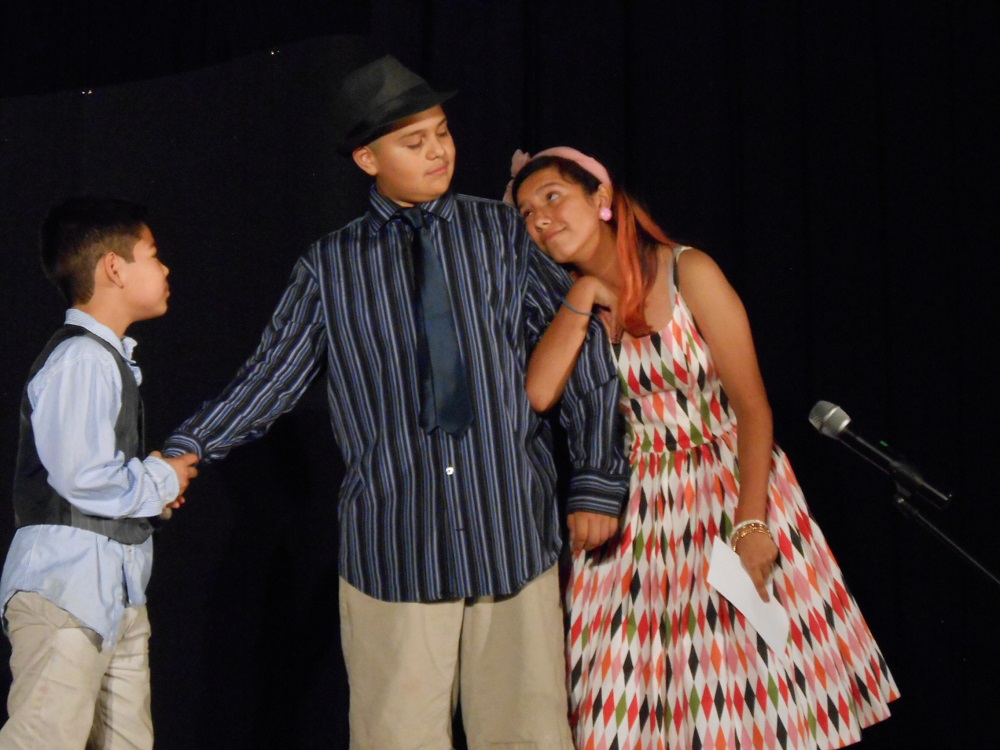 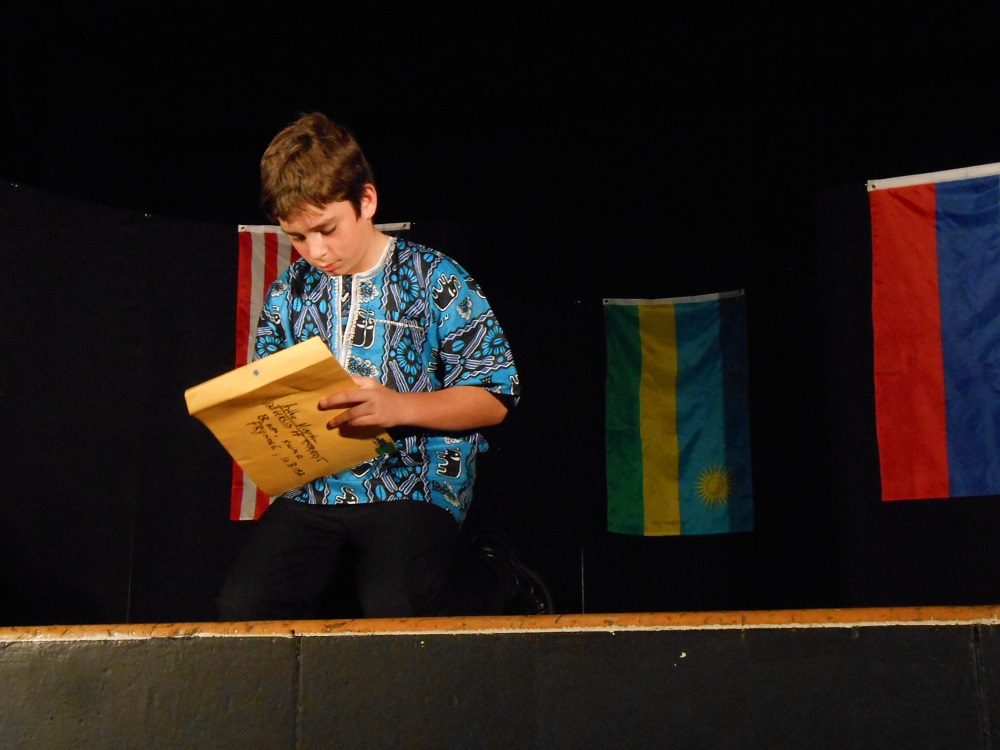